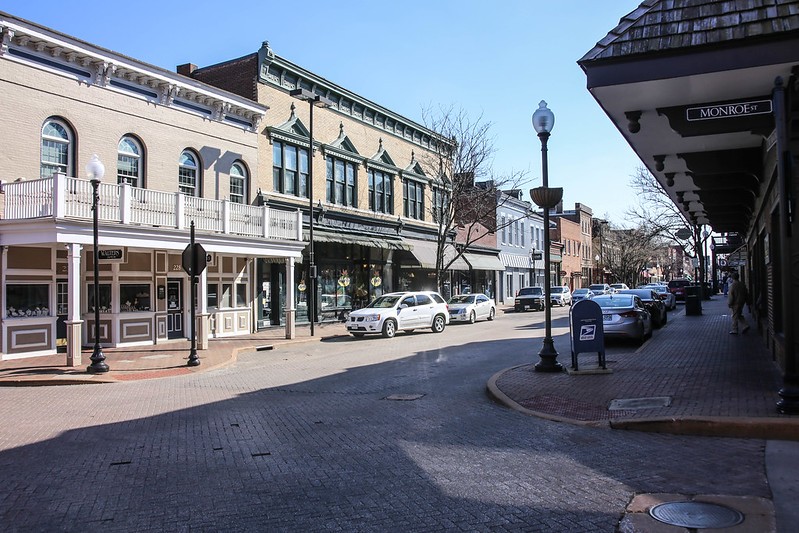 Missouri is open for business again! All across the state, shaggy-haired citizens are finally poking their heads up out of their quarantine bunkers and weighing their options as to which of their community's businesses they want to patronize first.

But not me. I live, unfortunately, in one of the portions of Missouri that remain under lockdown. St. Louis city and county have seen the bulk of COVID-19 cases in the state — combined, they account for 55 percent of Missouri's total cases, and 65 percent of coronavirus-related deaths. In light of these troubling statistics, city and county leadership have opted to extend stay-at-home orders through at least mid-May.

Luckily, St. Charles and Jefferson counties are each only about a half hour away from my home!

Ever since that sweaty man with the persistent cough collapsed into my arms at the grocery store last week, I've been a little leery of wandering out in public — it just seems too risky. But according to our governor, as well as St. Charles County Executive Steve Ehlmann and Jefferson County Executive Dennis Gannon, the portions of the state outside of the major metropolitan areas are good to go again, with no restrictions on crowd size or which businesses can be open. And, importantly, no plan whatsoever about keeping those who live in more affected portions of the state out of their borders. Lucky me!

I'll probably hit the hair salon first. Some of my longer locks were hanging into my face while I was struggling to uphold the weight of that sick guy's body at the grocery store, and I'm pretty sure he coughed directly onto my bangs before his eyes rolled back into his head and medical personnel rushed him away. Gross!

I took a shower of course, but I'd rather be sure I'm free of germs and just get those bangs chopped off. It should be plenty safe for the hairdresser, since the governor is still encouraging people to keep six feet between each other at all times. On that note, I'm pretty excited to see what six-foot-long scissors look like. Two broadswords with a hinge in the middle, I reckon.

With the weather getting nice I was hoping to hit my favorite golf courses too, but my hands have been uncharacteristically clammy in recent days for some reason, so I'm a bit afraid I'll have difficulty swinging a club without flinging it across the course. How embarrassing that would be! I'll probably just head to some bars and restaurants instead — oh, how I miss bars and restaurants. It'll be fun maintaining social distancing while trying to catch a plate of food or a mixed drink as it is tossed at me from across the room by my server, though these damn sweaty palms and persistent shakes might mean it'll take a few tries.

And I'll certainly be making a grocery run. My own local grocery stores have been deemed unsafe — watching them cart that guy away in an ambulance really brought that point home for me — but the ones in the suburbs must be fine now, since leadership is opening everything else up! I've been careful in my own plague-riddled community to use sanitizing wipes on cart handles and to avoid touching items on the shelves unless I intend to buy them in an effort to avoid germs, but out in the suburbs I can finally resume my usual practice of picking up every single brand of every type of food in the store to compare and contrast their nutritional info (I am a very health-conscious person, as you can tell).

In the suburbs I can breathe easy. Really easy, in fact, since I won't be wearing a mask out there. Because everything is so safe. The cough I've been developing over the last couple days makes wearing a mask too inconvenient anyway. I'm tired of fogging up my glasses!

But if I'm tired, my wife is positively exhausted. She hasn't left our bed in almost a week, and frequently alternates between sweating profusely and shivering uncontrollably. I'm afraid the stress of this whole lockdown is really getting to her. A vacation is surely in order.

Luckily, the quaint rural communities across Missouri are open now too! Filled with charming mom and pop shops and restaurants and surrounded by breathtaking nature, they are just begging for an intra-state road trip wherein me and the sweat-drenched love of my life drive from town to town on a very safe, very much deemed-acceptable-by-government jaunt across several county lines. All that fresh air ought to be good for her, especially since she's been having such trouble breathing lately.

To be sure, this foray out into the world wouldn't be possible if the leadership of Missouri had listened to the pesky scientists and medical professionals and kept the state locked down until we've seen a fourteen-day decline in cases, as recommended by even the Trump administration. Why, if that were the case, I'd probably still just be hanging around in my home.

In other words: Thanks, Governor Parson, for your decision to unleash me on your constituents! Here's hoping they all live to regret it.

[AUTHOR'S NOTE: This is, obviously (to most), satire. I'm not going anywhere — in fact, I haven't left my own property in more than a month, save for two trips to the Walgreens drive-thru to pick up medicine. I think the decision to open the state is a very poor one, and I think leadership in suburban and rural communities are gravely mistaken in considering this merely a "city problem" — especially now that those going stir-crazy in the areas that remain locked down have been given the option to come visit. I sincerely hope I'm wrong.]

Daniel Hill is the RFT's music editor, and honestly, you couldn't pay him to go to St. Charles right now. Follow him on Twitter at @rftmusic.