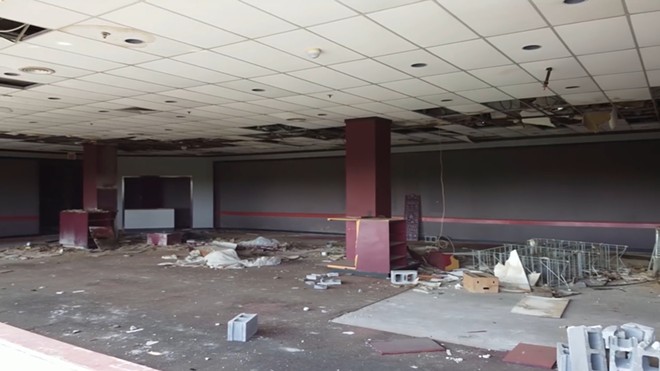 Like many malls across the country, Jamestown Mall in Florissant has turned into a ghost town. The mall officially closed in the summer of 2014, but it was essentially dead long before that date.

Jamestown Mall opened in 1973 but started struggling by the mid-'90s. According to the St. Louis Post-Dispatch, “by 2008, occupancy was at 44 percent, and it dropped to 25 percent by 2013.” Large department stores started pulling out as early as 2006 and Dilliard’s was the first to go.

Drone explorers ARC Adventures posted a video to YouTube last week of footage both inside and out of the ghost mall.

As you can see in the footage, the structure has long-since been hollowed-out for scrap and fixtures. All that’s left is empty space, overgrown weeds and the creepy echo of a once-bustling gathering place.

Watch the video yourself below: