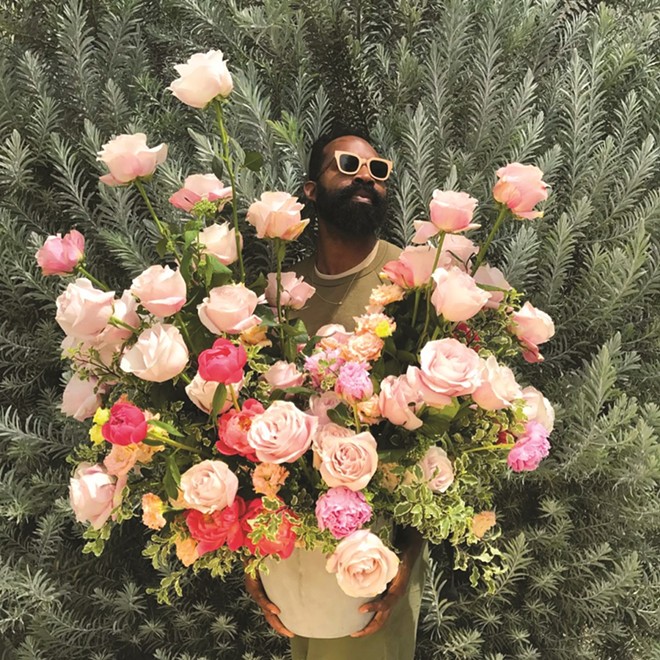 And just like that, it's March. The weather's warmer, St. Patrick's Day is just around the corner and all that jive. That's all in the future, though; what are you going to do this weekend? Read on and find out, funseekers.

1. California Scheming
Scott Phillips has written a slew of tough-guy crime novels that feature desperate characters involved in some greasy business. Douglas Rigby is his latest anti-hero, a financially and morally bankrupt attorney who just lost almost a quarter-million dollars on a coke deal gone belly-up. Rigby's next swing for the fences is art forgery, and all he has to do is keep his hand-picked forger, his girlfriend, the painting owner's nurse and a couple of other people from screwing it all up. That Left Turn at Albuquerque is laced with black humor, violence and middlemen, all crowded together under the dying sun of Southern California. Phillips reads from and signs copies of his book as part of the old Noir at the Bar series. Festivities start at 7 p.m. Thursday, March 5, at Meshuggah Café (6269 Delmar Boulevard, University City; www.subbooks.com). Admission is free, and copies of Phillips' book will be available to purchase.

2. Piecemeal Play
In 2015, the Slightly Askew Theatre Ensemble produced a sensational production of Liz Duffy Adams' Or, a Restoration comedy/thriller with actual Restoration playwright/spy Aphra Behn as a character. Behn was a pioneering woman who wrote, loved freely and gave men as good as she got. In her memory, SATE began the Aphra Behn Festival, a showcase of new short plays written, directed, acted, designed, costumed and photographed by women. This year, the company switches gears and instead presents selected scenes from The Rover, Behn's most enduring play (it was so popular in her lifetime she wrote a sequel). Set in Naples during Carnival, the play charts the romantic adventures between a group of English cavaliers and various Neapolitan women. The show starts at 8 p.m. Friday through Sunday (March 6 to 8) at the Centene Center for the Arts (3547 Olive Street; www.slightlyoff.org). Tickets are $15.

3. Go? Go.
King Basilius has been given an ominous four-part prophecy that comes with dire consequences; if all four parts are fulfilled, the kingdom will lose the famous "beat" that maintains its health and fortune. As if he didn't have enough problems. His oldest daughter, Pamela, is incredibly beautiful but will not select a husband from her many suitors. Basilius' younger daughter Philoclea is in love with her childhood friend Musidorus, a shepherd with no real prospects. If all of this seems like strange source material for a musical, you'd be right; but throw in the songs and music of the Go-Go's and you're on to something. Jeff Whitty and James Magruder's Head Over Heels loosely adapts the sixteenth-century novel The Countess of Pembroke's Arcadia into a modern story of gender politics, identity and the need to progress from the old ways to the new. New Line Theatre presents Head Over Heels at 8 p.m. Thursday through Saturday (March 5 to 28) at the Marcelle Theatre (3310 Samuel Shepard Drive; www.newlinetheatre.com). Tickets are $20 to $30.

4. 'Scope the Walls
Artscope's largest fundraiser of the year is Wall Ball, which helps the arts education organization continue to provide a creative outlet for kids. Wall Ball gathers together local artists such as Maribel Ramirez, Chauncey Gholston, Cbabi Bayoc and Dr. Amber Johnson for an evening of creation and libations. The artists handle the creation, as each one makes a new work of art during the evening, with patrons placing silent bids as the piece approaches completion. The libations (soda, beer and wine) are included in the $60 to $70 ticket price, and there's a cash bar for the cocktail crowd. You get drinks and a new artwork for your walls, and the kids get to pursue their artistic dreams — everybody wins. Wall Ball takes place from 6:30 to 10:30 p.m. Saturday, March 7, at Third Degree Glass Factory (5200 Delmar Boulevard; www.artscopestl.org/wall-ball).

5. In Full Bloom
The Saint Louis Art Museum (1 Fine Arts Drive; www.slam.org) once again welcomes the impending spring with Art in Bloom, its annual celebration of flowers and fine art. This Friday, Saturday and Sunday (March 6 to 8) is packed with seminars, lectures, happy hours and presentations by floral experts and enthusiasts from across the globe. In Sugarflowers and the Artistry of the Dutch Old Masters, Amsterdam-based designer Natasja Sadi will demonstrate how she creates sustainable, lifelike sugar flowers and then arranges them with actual flowers in the style of Dutch still-life painting. A trio of local experts — Cindy O'Hare, La'Crassia Wilderness and Lisa Govro — will discuss innovative ways to use flowers in your everyday life, and St. Louis florist Jessica Douglass offers advice on creating hyperlocal arrangements of blooms and weeds. In addition to the seminars, the galleries of the museum will feature pairings of paintings with floral arrangements crafted by many of the city's finest botanical artisans. General admission is free, but seminars require a moderate fee.

6. Horse Opera
The California Gold Rush of 1849 is in full swing, and the tired and thirsty miners all congregate at the Polka Saloon at the end of the day. The owner, Minnie, reads to the men from her Bible and fends off the advances of various love-struck miners. But when Dick Johnson, late of Sacramento, enters the Polka, she feels as if he's a man she could love. Unfortunately for everyone, Dick is really Ramerrez, a bandit currently being hunted by Sheriff Rance (who also wants Minnie for his own). There's gold in them thar hills, and also in Giacomo Puccini's La Fanciulla del West (The Girl of the West). The opera eschews Puccini's usual showstopping arias for a more melodically complete score than his earlier works. Now rarely produced, Winter Opera St. Louis presents La Fanciulla del West in Italian (with English supertitles) at 7:30 p.m. Friday and 3 p.m. Sunday (March 6 and 8) at the Skip Viragh Center for the Arts (425 South Lindbergh Boulevard; www.winteroperastl.org). Tickets are $35 to $55.

7. Family Ties
On first glance, Satoshi Kon's anime Tokyo Godfathers is an unlikely Christmas movie. Three homeless people find a baby girl in the trash on Christmas Eve. Gin is an old drunk, Hana is a former drag queen and Miyuki is a teenager. Together, the trio track down the child's mother, which leads to entanglements with mobsters and assassins. Along the way, they're each forced to confront something from their pasts. There's some pain, some humor and some excitement before the night is through, and by the end these very normal people are shown to be exceptional human beings. Together, they're a family, which is what Christmas is all about. Tokyo Godfathers has a wealth of detail buried in its backgrounds, which makes it one of those films worth seeing on the largest screen you can find. Fathom Events presents a nationwide showing of the recently restored film at 7 p.m. Monday and Wednesday (March 9 and 11). Monday's version is subtitled, and Wednesday's is dubbed into English. Catch it at Marcus Ronnies 20 Cine (5320 South Lindbergh Boulevard; www.fathomevents.com); tickets are $13.47.

8. High School Champ
It's March, and we're quickly running out of hockey (barring another long post-season for the Blues, of course). If you want to maximize the number of games you see, the Mid States Hockey Tournament offers a double header of championship-caliber high school hockey. Oakville takes on Duschene in the Wickenheiser Cup Final at 5:30 p.m. Wednesday, March 20. Following that game, Vianney and CBC play for the Challenge Cup starting at 8 p.m. Tickets are $9 to $12, and if you can’t make the games in person, they'll be broadcast live on the St. Louis Blues Youtube channel, with Patrick Kelly handling play-by-play while Jamie Rivers and Andy Strickland provide color commentary. Both games are played at the Enterprise Center (1401 Clark Avenue; www.enterprisecenter.com).