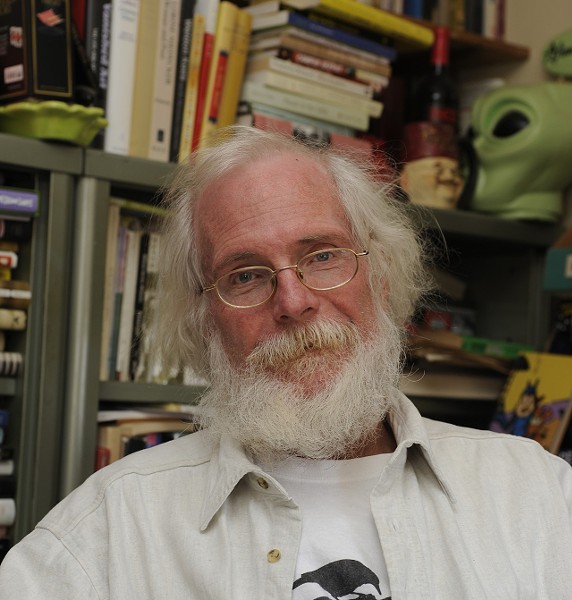 David Clewell, Missouri's second poet laureate and longtime Webster University professor of literature, passed away on Saturday, February 15. The university released a statement Sunday morning confirming his passing and celebrating Clewell’s career, impact as a professor and voice as a writer and poet.


“David Clewell was a beloved member of the Department of English,” Dean of Webster’s College of Arts and Sciences Anton Wallner said in the university's statement. “He was a prolific writer and well respected in his field of poetry earning numerous awards and recognitions for his work. His contributions to his profession, Webster University and our students will continue to have a lasting impact.”

As a Webster student, I never had the opportunity to take a class with Professor Clewell, but many of my friends did. So many, in fact, that I did not hear of his passing from the university statement — I first learned the news through social media.

As I tapped through Instagram stories on Sunday evening, I saw photo after photo of Professor Clewell with paragraphs describing what he taught students and how he helped them with more than just their writing. He talked with them about life and the meaning of poetry.

Prior to his tenure at Webster, Clewell earned a bachelor’s degree from the University of Wisconsin, Madison, and a Master of Fine Arts in writing from Washington University St. Louis. During his career, Clewell published ten collections of poetry and more than 50 works in various magazines, including the RFT.

The university’s statement recounts how Clewell was born in New Brunswick, New Jersey, in 1955 and how the professor, in his own words, said he was born to be an artist. He discovered a love for poetry in his freshman year of high school, where he balanced a full course load with working almost 40 hours a week after school in a local bookstore. Reflecting on this time in his life, Clewell described his after-school job as a “parallel education” in literature.


Clewell began working at Webster in 1985 and acted as Missouri poet laureate from 2010 to 2012. The statement details other honors Clewell earned in his lifetime, including the Felix Pollak Prize in Poetry for his collection “Now We're Getting Somewhere,” the Lavan Poetry Prize from the Academy of American Poets; and the 1989 National Poetry Series for “Blessings in Disguise.” In 2017, Clewell was honored with the Webster Groves Art Commission Lifetime Achievement in the Arts award.

Webster University President Julian Z. Schuster compared Clewell to Andrei Voznesensky, calling Clewell’s work innovative and able to capture the attention of his audience, whether in person or through his writing.

“David was not a poet — he was the Poet!” Schuster said. “Like Andrei Voznesensky, whose poetry he greatly appreciated, David was one of the so-called ‘children of the '60s,’ a generation of thinkers who tasted intellectual freedom during the Cold War era. His innovative verse thrilled readers and irked those for whom humanism, solidarity, and love were just confusing emotions. David’s poems are striking in their use of direct language and imagery and full of a passionate but intellectually subtle moral fervor. His work will live on in multiple volumes of poetry, in the writing styles of the thousands of students who passed through his classroom and in the memories of his tens of thousands of fans who felt a personal connection to his powerful words and cadence.

"As Voznesensky wrote: ‘A poet can't be in disfavor/he needs no awards, no fame/A star has no setting whatever/’no black nor a golden frame/…/What matters is music and fervor/ not fame, nor abuse, anyway…’ Goodbye, my friend.”