Michael Toler remembers when his children stopped playing with LEGO bricks. As an avid Star Wars fan, he bought his sons the themed LEGO sets, but he never knew what to do with them when they lost interest in building them.

He eventually started constructing the sets himself, and he found an affinity for it. He began buying new sets just for himself, and in 2017, during a trunk-or-treat, he showcased his skill.

“I made this huge elaborate spinning display in my trunk with LEGO Star Wars ships all over the place with music and blaring lights,” Toler says. “Then the trunk-or-treat was over, and I'm like, ‘What do I do with these things that I built?’”

Toler bought more from a neighbor who saw the display and quickly doubled his small collection. Now, he owns over 100 Star Wars LEGO sets.

He slowly became an AFOL, or an adult fan of LEGO, and specifically with Star Wars sets — he is currently building a 1,600-piece ship from The Mandalorian. The plans come from an independent online group for AFOL, so Toler has been working to find all the pieces himself. 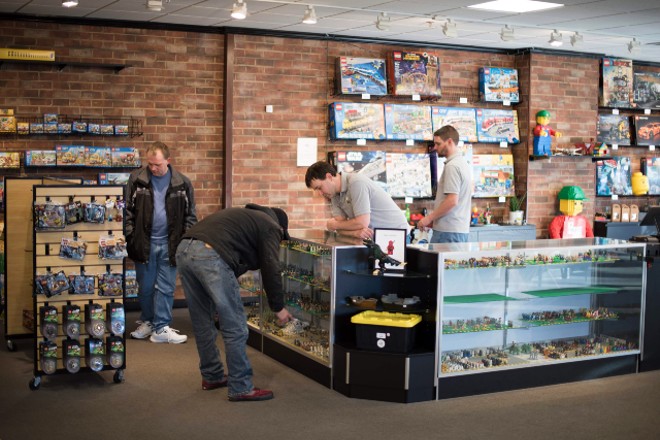 Located in Kirkwood, the LEGO resale shop opened in October of last year. Since then, co-owners Mike and Kelly Atwood have helped more than just kids explore the subculture. They have seen adults like Toler spend hours searching for the right piece to their collection and appreciate the community subsequently forming in their store.

“[Star Wars] is just my passion,” Toler says. “It always has been. I've been a Star Wars fan my entire life, and it's kind of an accidental way to combine a childhood love of LEGO and a lifelong love of Star Wars.”

Kelly Atwood, unlike Toler, never played with LEGO bricks as a child.

“I remember being about in fourth grade, and I wanted to ask for some LEGO things,” Kelly says. “I actually thought it was just a boy's toy. I never did, and it’s so sad. I don’t know why I thought that.”

Now, Kelly “makes up for” never playing with LEGO bricks by building all of the store’s sets to ensure all parts are present.

Unlike the Atwoods, their two children played with and loved LEGO. Their oldest child, now sixteen years old, is on the autism spectrum. Focusing on building LEGO sets helped him as a kid, and the family bought so many sets that Mike began selling them online.

Ten years passed, and their side-business overtook their basement. Mike still works another job, but the couple partnered with their nephew, Bobby, to open their store. They buy, sell and trade LEGO sets, collector’s items and, most notably, LEGO mini-figures.

The Atwoods have amassed hundreds of minifigs: Customers can build their own, find specialty figures or popular characters from movies and television shows, such as The Simpsons and those from the Harry Potter and Marvel universes.

Toler first came to The Minifig Shop for its extended figure selection when he needed a very specific item.

“My jaw dropped as soon as I walked in,” Toler says.

The Atwoods expected children to frequent their shop. They did not, however, foresee the amount of adult regulars.

The store allows AFOL to meet in person and share their interests. Mike says adults will enter the shop and sift through LEGO bins for hours. Doing so, Toler says, helped build a community within the shop.

“I'd just never really run into anybody who kinda did what I like to do,” Toler says. “I also like that you'll have four or five adults go into these bins, and we'll all share and pull out pieces that we're looking for, just in case while they're digging, they find it, and they'll hand it over. We'll just be swapping parts the entire time.” 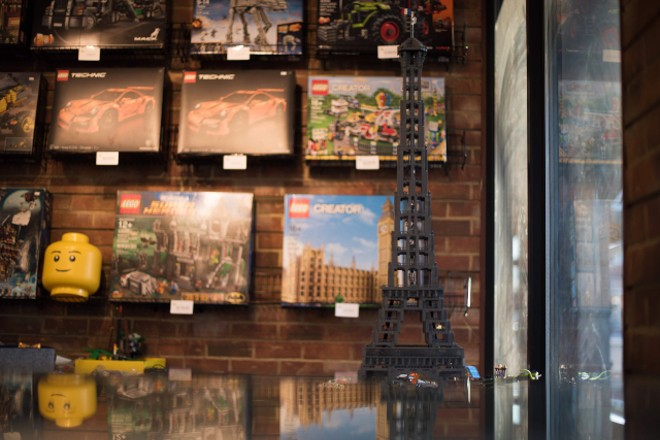 In talking with customers, Mike says he discovered that people build LEGO sets for myriad reasons: as a hobby, as a coping mechanism or as a way to escape reality. Every person has their own personal history with LEGO and his or her own specific minifig or build interests.

The growing community in the shop surprised Kelly, too, especially among adults who do not even build LEGO sets. While children explore the store, their mothers often congregate in the front seating area and form their own group.

For LEGO builders and collectors, though, the store primarily offers another way to expand their inventory and their imaginations.

“I don't think anybody sits down and builds a LEGO set if they have any inkling in their mind like, ‘Oh, this is just going to be tedious,’ then that's not who builds," Toler says. "Somebody sees the picture on the front of a box of a completed set and thinks, ‘Oh, that's going to be fun to build.’ You're either gonna love it or you're not even going to start it.” 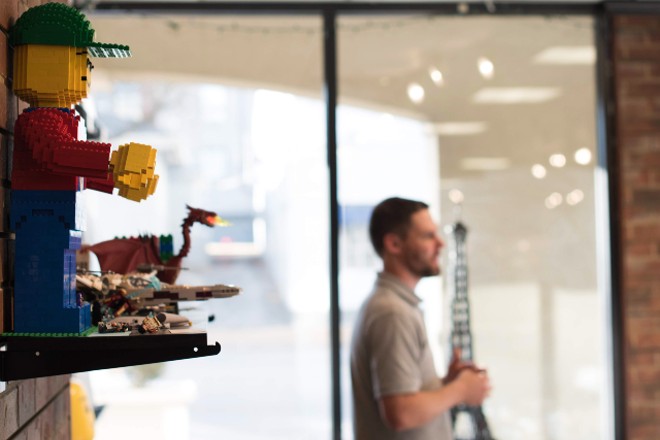 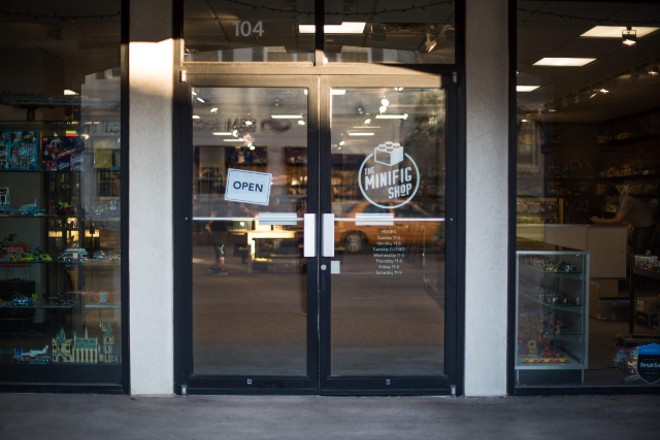