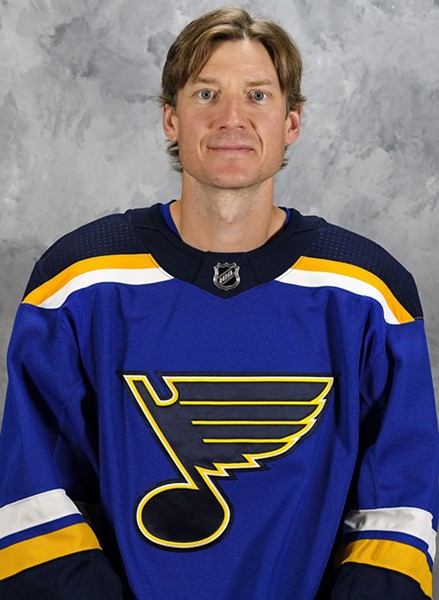 The good news is that Jay Bouwmeester is "doing very well, things are very positive," according to Armstrong.

At 12:10 of the first period in Tuesday night's game against the Anaheim Ducks, Bouwmeester left the ice after a long shift, and then appeared to collapse while reaching for a water bottle. "Jay suffered a cardiac event on the bench," Armstrong explained. Longtime Blues head athletic trainer Ray Barile immediately aided Bouwmeester, as did the Ducks' training staff. A defibrillator was used on the longtime defenseman, and he left the arena conscious and on a stretcher.

Armstrong also confirmed that Jay's father was at the game as part of the traditional Father's Trip, where players are joined by their dads during a roadtrip. Jay's father went to the hospital with his son, and was able to fill in Jay's wife, Devon, on the latest developments.

Alex Pietrangelo, the Blues captain, also fielded a few questions. "We went over to the hospital last night, and he was in good spirits. Typical Jay," Pietrangelo said. When pressed by a reporter to clarify, he answered, "Typical Jay is very good Jay. We're a close group. We're very lucky to have each other."


"Hockey gets pushed aside real quickly when something like this happens," Pietrangelo continued. "A lot of the Ducks players, (Ryan) Getzlaf, they reached out right away. They know Jay, they've played with him."

Armstrong confirmed that the game against the Ducks will be rescheduled, but the NHL hasn't solidified plans. Armstrong does expect that when the game resumes they'll pick up where they left off, with the score tied 1-1.

In response to a question about player conditioning, Armstrong had nothing but praise for Bouwmeester, who is 36. "Our worst conditioned athlete is a great athlete, and Jay's at the top of his profession," Armstrong offered.

Indeed, Jay Bouwmeester's conditioning is so strong that he once held the record for consecutive games played with 737, a feat that spanned ten years. That number is still good enough for ninth on the all-time list.