Phyllis Brissenden never missed a production from Opera Theatre of Saint Louis (210 Hazel Avenue, 314-961-0644). After each performance, she loved congratulating and speaking with the singers under the big green and white tent just outside the Loretto-Hilton Center for the Performing Arts in Webster.

Brissenden, a lifelong lover of opera and a generous local philanthropist,  passed away in December at the age of 86, yet her legacy and love for opera will live on through the $45 million donation she bequeathed to OTSL, announced this week in a release. Her contribution was given for the general endowment of OTSL.

"We knew Phyllis was planning to leave a bequest to Opera Theatre, but we had no idea just how significant it would be,"  Andrew Jorgensen, general director for OTSL, said in the release. "We feel deeply fortunate that this gift allows us to reach for even greater levels of artistic excellence and community impact. As we continue our work, Phyllis’ passion for this company and this art form will be one of our guiding lights.”

This isn't the first time Brissenden has donated a considerable sum to OTSL. The organization estimates that Brissenden gifted OTSL $2.5 million in her lifetime. Brissenden led OTSL's National Patrons Council from 2010 to 2017. A longtime fan of the Opera, Brissenden was named a Life Board Member of the organization in 2016.

“Phyllis championed Opera Theatre from its very beginnings and remained a loyal, devoted fan and supporter throughout her life,"Noemi Neidorff, OTSL board chairman, said in the release. "Smart, knowledgeable, witty and extraordinarily humble, Phyllis truly considered Opera Theatre her family. My fellow board members and I count ourselves fortunate to have known Phyllis. We will forever cherish her memory.”


Brissenden's gift is the largest in OTSL’s history and will provide the organization with a new level of financial stability as it prepares for its 50th anniversary in 2025, the release adds.

OTSL plans to dedicate its 2020 production of Susannah, Brissenden's favorite opera, in her memory. OTSL is also planning a celebration of her life and her generous donation later this year. 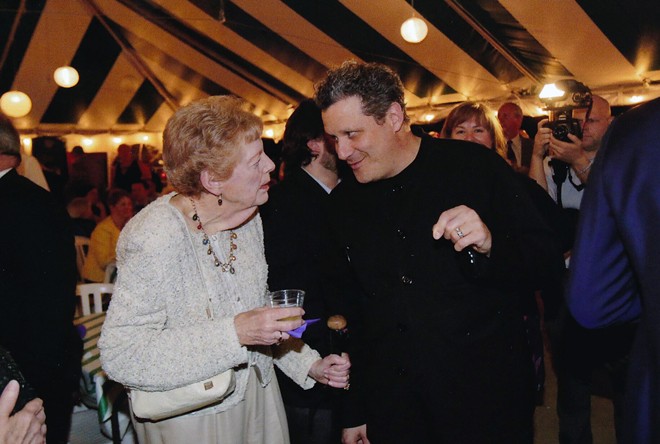