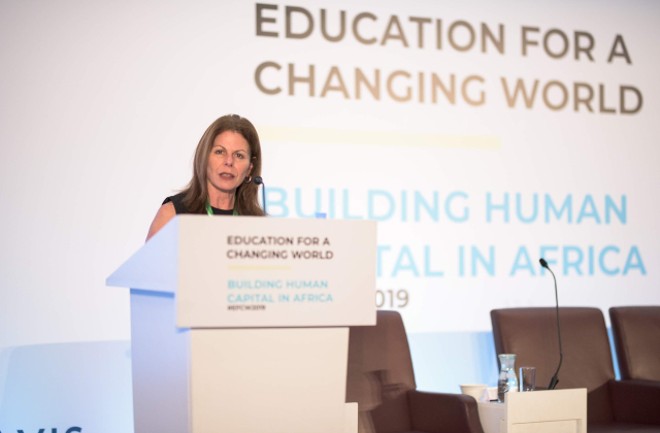 Karen Sherman spent decades fighting for women’s rights around the globe in places such as Iraq, Nigeria and Kosovo.

In her new book, Brick by Brick: Building Hope and Opportunity for Women Survivors Everywhere, Sherman details her sudden decision to move her family from Bethesda, Maryland, to Rwanda as part of their “year of living dangerously.” More than a memoir of that time in her life, the book pays tribute to the countless women she met along the way who helped her heal and forge a new path in life.

The rash move came after her failed bid to become CEO of Women for Women International. Sherman had spent ten years at the organization traveling from country to country to help women survivors of war rebuild their lives. The job defined her, Sherman writes in the book. She made the move to Rwanda soon after to oversee the construction of the Women’s Opportunity Center in Africa.

Now based in Washington, D.C., Sherman is currently in St. Louis on her book tour for Brick by Brick. Reached by phone late last week, she said she hopes her book can teach readers how much women everywhere have in common.

“One might look at women in Rwanda or South Sudan verses how women live in the United States and say, ‘We really don’t have that much in common,’” Sherman says. “We have more in common than it looks like. We all have a shared desire to be treated with respect, to support and educate our children and live a life free of violence and abuse.”

Sherman is currently the president of Akilah Institute, a nonprofit college for women in Kigali, Rwanda. Her commitment to women’s development in Rwanda connected her to Kaldi’s Coffee’s co-owner Tricia Zimmer Ferguson. Kaldi's sister business Firepot Nomadic Teas participated in a charitable program that Akilah University was a recipient of, leading to a connection between Sherman and Zimmer Ferguson. Kaldi's has been sourcing coffee beans from Rwanda since 2015.

Today, the two women are partnering to educate students about the coffee and tea industries to give women business opportunities. Firepot donates 1 percent of its sales to the Akilah Institute and Kaldi’s is sponsoring Sherman’s book-tour stops in the St. Louis area.

“It’s very exciting for us to know that we can impact some of these women from so far away, because we are so connected to them,” Zimmer Ferguson says. “We’re supportive of the producers we buy coffee and tea from, but we can do so much more.”

There’s a lot that women in developed and developing countries can do to help each other, Sherman said. Although the title of Sherman’s book insinuates the building process is brick by brick, “I always thought of it as ‘woman by woman,” she says.

You can meet Sherman and learn more about her work with Akilah Institute at a Q&A, talk and book signing today at 4 p.m. at Washington University’s Brown Lounge in Brown Hall, room 112.

Tomorrow, Sherman will host a second Q&A, talk and book signing at 11:30 a.m. at the Novel Neighbor (7905 Big Bend Boulevard, Webster Groves; 314- 738-9384), with provided box lunches from Kaldi’s. Both dates are free and open to the public. Visit karensherman.org/events to learn more. 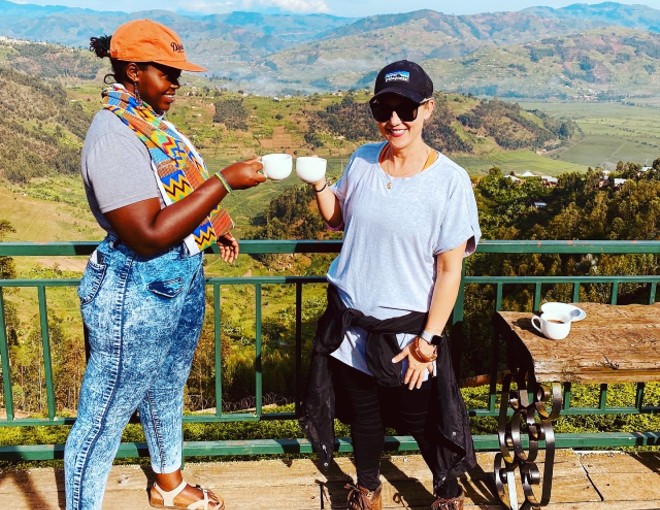