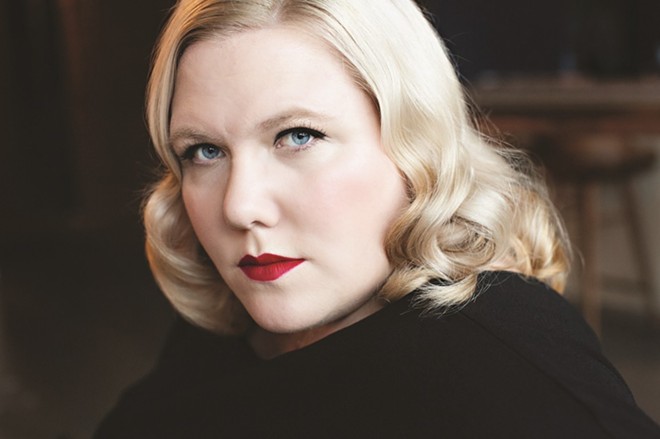 What a first full week of November. Nick Offerman, Lindy West, Gilbert & Sullivan and Mozart are all entertainment options, which is pretty choice. And don't forget about the St. Louis International Film Festival, which is just getting started.

1. Looking Forward
In the days after the world crashes, there will still be people. Children, unfettered by rules or laws, will make their way in the ruins of what came before and unconsciously start creating a new society. Feral and free, they will devise new codes, new gods and new beliefs inspired by their intuition and observations. Emma Vidal creates artifacts and images of this new land in her exhibition Lost Boys. Inspired by Vidal's research into the earliest human societies and the post-apocalyptic fiction of William Goldman and other writers, Lost Boys includes large-scale charcoal drawings, mixed-media sculptures and golden ceramics that represent the divine figures that will spring forth from the imaginations of the future. Emma Vidal: Lost Boys opens with a free reception from 6 to 10 p.m. Friday, November 8, at Hoffman LaChance Contemporary (2713 Sutton Boulevard; www.hoffmanlachancefineart.com). Her work remains up through November 30, and the gallery is open noon to 3 p.m. Friday and Saturday.

2. Of the Wall
Nejla Yatkin grew up in Cold War Berlin, and the shadow of the Berlin Wall — and the oppression it represented — cast a pall over her youth. Instead of succumbing to the paranoia and hostility that fear can generate, she channeled her feelings of helplessness and terror into Wallstories, a multimedia dance piece that transformed her emotions into art. In Wallstories, recordings of other people who lived near the Berlin Wall play along with musical selections from Bach and Pink Floyd's The Wall album, all while MADCO's dance company performs in front of, on and atop a wall. Wallstories is performed at 8 p.m. Friday and Saturday (November 8 and 9) at the Touhill Performing Arts Center on the University of Missouri-St. Louis campus (1 University Boulevard at Natural Bridge Road; www.touhill.org). Tickets are $15 to $30. 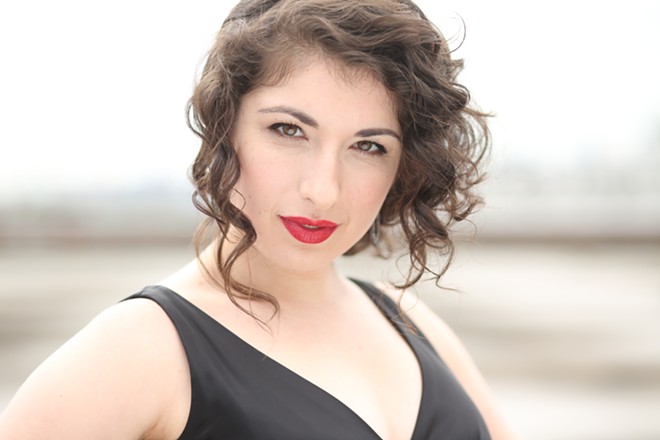 3. Silly Pirates
Gilbert & Sullivan's comic operetta The Pirates of Penzance hinges on the finest splitting of a contractual hair: The orphaned Frederic must remain with the pirate crew that fostered him until his 21st birthday. As he was born on February 29, he's stuck with the pirates until he's 84. It's a raw deal for Frederic, who had a brief taste of freedom before the legalese loophole was discovered by the Pirate King. During that respite, he met Mabel, who has many beauteous sisters and a major-general for a father. Now separated from his new love for at least 60 years, Frederic pledges to wait for her, but the Pirate King plans to return much sooner than that to have his revenge on the major-general. Winter Opera Saint Louis opens its new season with The Pirates of Penzance. Performances are at 7:30 p.m. Friday and 3 p.m. Sunday (November 8 and 10) at the Skip Viragh Center 425 South Lindbergh Boulevard; www.winteroperastl.org). Tickets are $35 to $55.

4. Unfinished Business
When Mozart married his beloved wife, Constanze, against his father's wishes, he pledged to write a mass in her honor. He never finished it, and musicologists and historians continue to search for a reason why. What remains of his Great Mass in C Minor is a staggering work of improbable beauty, alternating choruses with arias performed by two male and two female voices. Maestro Masaaki Suzuki and four vocalists, Mozart specialists all, will scale the glorious heights of the Great Mass this weekend with St. Louis Symphony Orchestra and the St. Louis Symphony Choir. Performances are at 8 p.m. Saturday and 3 p.m. Sunday (November 9 and 10) at Powell Hall (718 North Grand Boulevard; www.slso.org). Tickets are $15 to $83.

5. Hockey Dogs
It's still early in the NHL season, so much so that at the time of writing, the St. Louis Blues and the Arizona Coyotes have very similar records. Still, history is on the Blues' side when the two teams meet at 7 p.m. Tuesday, November 12, at the Enterprise Center (1401 Clark Avenue; www.stlblues.com): The Coyotes have been woeful for decades, and the Blues are reigning champs. Keep an eye on new Coyote Phil Kessel, a deceptively skillful forward with a gift for timely goals. Tickets are $20 to $208.

6. The West Witch
Lindy West isn't afraid to rile up people, especially if they're men. In the past she's skewered the Sex and the City films, called out fat shamers and scorned misogynists. And in her new book The Witches Are Coming, West delves into the power structure that supports and exalts what she terms the "mediocre white men," who dole out the crappy memes and sexual harassment that fuel our society. Left Bank Books welcomes West back to town to discuss and sign copies of The Witches Are Coming at 7 p.m. Wednesday, November 13, at .Zack (3224 Locust Street; www.left-bank.com). Tickets are $30 and include a copy of the book. 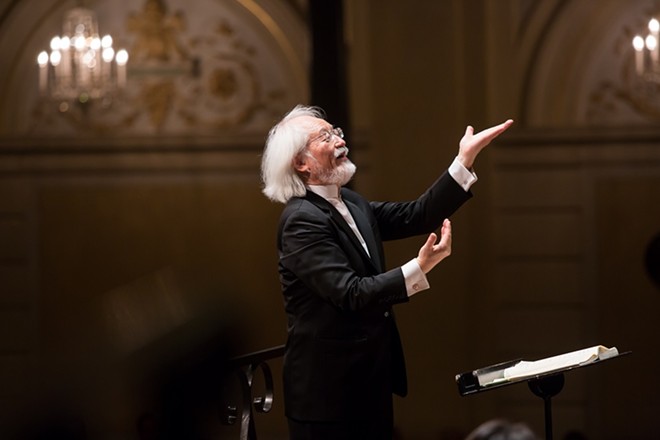