Why throw your old Halloween pumpkin in the trash when you can toss that sucker off of the roof of the City Museum?

From 9 a.m. to  6 p.m. on Wednesday, you can heave your old gourd off of the City Museum downtown at their “Pumpkin Chunkin’” event.

You spent hours digging out its stringy guts and carving your own fabulous jack-o'-lantern and now you can watch it explode as it splats onto the cold concrete of St. Louis. It’s an honorable death.


This experience is free with paid admission to the museum. Participants can bring their own pumpkin or grab a leftover pumpkin from Eckert’s Farms (they send over a truckload) for a suggested donation of $1 to Big Brothers Big Sisters. 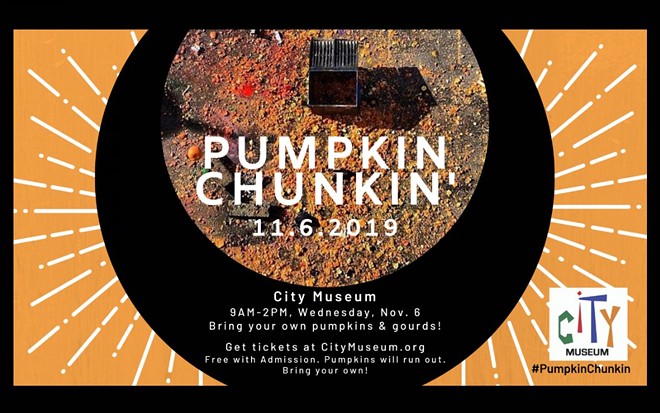