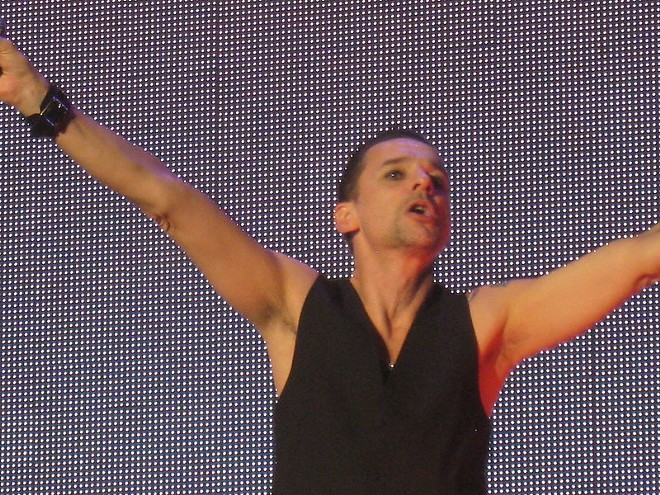 Loved by people all over the world, Depeche Mode is a band that defies all expectation. Though the band formed almost 4o years ago, Depeche Mode fans still have an unquenchable thirst for these dark synth-pop legends.

It seems unlikely that a group formed four decades ago in Essex could still command global adoration, but Depeche Mode isn't just any band. Proof of that is that Depeche Mode documentaries can soon be viewed not just in the depths of YouTube, but at your local theatre.

Some 30 years ago, the docu-film Depeche Mode 101 made waves in the music scene, with fans thrilled to see not just concert footage of the band, but also to witness their fellow rabid fans also worship the band.

But Depeche Mode 101 is not the film showing at your local theatre. There is a new DM film coming. And this updated version of the same concept is something special.

Much more than just a concert film, Depeche Mode: Spirits in the Forest presents the personal stories of six mega-fans who were in the crowd at the two final shows of the band’s 2017/2018 Global Spirit Tour.

This documentary captures not only the powerful Depeche Mode stage show, but it also illustrates the deeply personal connection fans have to music and the many ways in which it can enrich their lives. These fans all come from different backgrounds, but they have one thing in common: Their enduring love for all things Gahan and Gore.

The director of this gorgeous film is Anton Corbijn, the Dutch music photographer known for his incredible photos of The Cramps, Nirvana, U2, The Rolling Stones and more. Corbijn also directed music videos for Nirvana (“Heart-Shaped Box”), U2 (“One” [version 1]) and Depeche Mode (“Enjoy the Silence”). His talented eye is put to good use here where it finds the beauty in every scene and in each story.

And here's Mickey Rourke riding on a motorcycle to the soundtrack to Depeche Mode's "Never Let Me Down Again" because you could use some sexy in your life.