This week's list brings several plays, a pair of art openings and the first of the Halloween onslaught. Enjoy it while it lasts — Christmas season started while you were reading this.

1. Get It Out
The Q Collective's Coming Out Play Festival invites playwrights to explore the myriad ways the LGBTQ community reveals their true selves to friends, family and strangers. This year's plays include the story of a closeted young man on the fence about telling his grandmother the truth about himself ("Catching Lemons"); a woman coming out to her woman's group ("1Like Summer on the Beach"); and a fictional girlfriend becoming a real person ("The Home for Retired Canadian Girlfriends"). The Coming Out Play Festival takes place at 7 p.m. Thursday and Friday, 4 and 7 p.m. Saturday and 4 p.m. Sunday (October 17 to 20) at the Monocle (4510 Manchester Avenue; theqcollective.theater). Tickets are $20 to $75.

2. Sight Unseen
Cayce Zavaglia's artworks appear to be hyper-realistic painted portraits when viewed from a distance; it's only when you move closer that you realize that they're embroidered. Zavaglia eventually noticed that the backside of each work contained a second portrait, one whose knotted and blurred features were just as beautiful and perhaps more psychologically interesting than the front. Recently she's returned to her roots as a painter by recreating these "hidden faces" in painted portraits. Unseen, a solo exhibition of Zavaglia's work in both paint and embroidery, goes on display at the William Shearburn Gallery (665 South Skinker Boulevard; www.shearburngallery.com) on Friday, October 18. The show opens with a free reception from 5 to 7 p.m. Unseen remains on display through November 27.

3. Factional
John D'Agata is a literary essayist whose latest piece is a magazine article — more of a classicist's rumination, perhaps — on the Las Vegas suicide of a teenager. The problem is his fact-checker, Jim Fingal, who insists on precision of language and detail. D'Agata's not interested in details; he's trying to convey the sweep of symbolism inherent in the death of a young man in Sin City. Through emails and eventually in person, both men wage what is increasingly a very personal war over language, intention and fact. Can facts be molded to better get at D'Agata's meaning? Is the truth of anything in fact quantifiable — and can it be done on a very tight deadline? Jeremy Kareken, David Murrell and Gordon Farrell's comic play The Lifespan of a Fact is about the struggle to get the truth in print, a feat made more difficult by that peculiar habit of men, taking all criticism as an attack. The Repertory Theatre St. Louis presents The Lifespan of a Fact Tuesday through Sunday (October 18 to November 10) at the Loretto-Hilton Center (130 Edgar Road; www.repstl.org). Tickets are $20 to $94.50.

4. There's a Light
Would Halloween even happen if The Rocky Horror Picture Show didn't screen in the Delmar Loop? Richard O'Brien's immortal love story tells the tale of decent American couple Brad and Janet (a couple of squares) who break down on the road and seek help at the castle of Dr. Frank-N-Furter on the same night he's about to bring his greatest, most virile creation to life. There's very little horror (unless you're terrified by alternative lifestyles) but a whole lot of singing about hotness and being brave enough to live out your dreams. Oh, and not to be too spoilery about a 40-plus-year-old movie, but Meatloaf fans: His name is taken very literally here. The Rocky Horror Picture Show is shown at 11:55 p.m. Friday and Saturday (October 18 to 26) at the Landmark Tivoli Theatre (6350 Delmar Boulevard, University City; www.landmarktheatres.com) as part of the Reel Late series. The Samurai Electricians return to perform the essential role of "shadow cast," which recreates the movie while it screens. Tickets are $11.

5. An Artful Opening
For fourteen years now, Open Studios STL has arranged for tours of working artists' studios in order to demystify the art-making process. This year more than 120 artists are participating in Open Studios Weekend, which takes place from 10 a.m. to 5 p.m. Saturday and Sunday (October 19 and 20). Saturday is reserved for artists west of Grand Boulevard and Sunday is for everything east of Grand, although some artists participate both days. Artists will answer questions, discuss their methods and in some cases sell their work directly to interested parties. (Many will also be working on something, because to work is the nature of an artist.) Maps of the studios that are open are available at the Contemporary Art Museum St. Louis (3750 Washington Boulevard), and online at openstudios-stl.org. Admission is free. 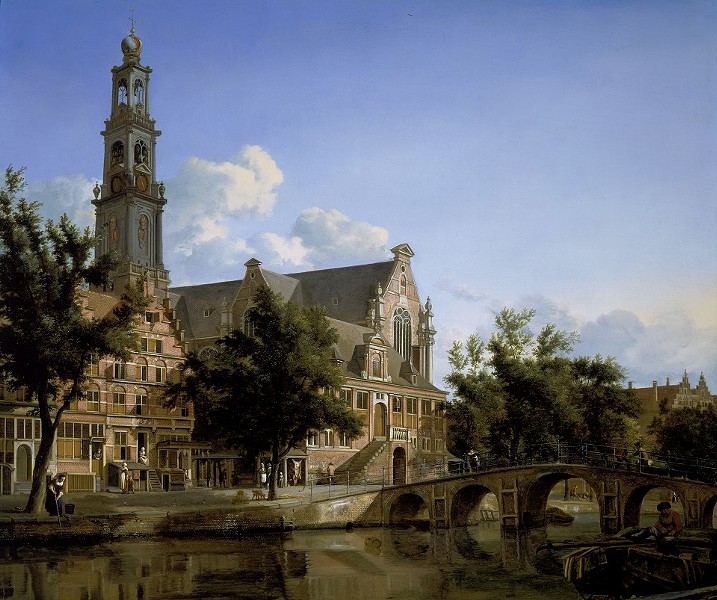 6. Let's Go Dutch
The Netherlands gained independence from Spain during the brutal and grueling 80 Years War, which was followed by the Dutch Golden Age. Its ports, wind power and sailing prowess kindled a financial engine that powered the new country into the forefront of banking and trade; and with that windfall of money came the rise of the Dutch school of portrait painters. Rembrandt van Rijn, Frans Hals and Aeltje Uylenburgh all created masterpieces in this period of prosperity. Dutch Paintings in the Age of Rembrandt, the new exhibition at the Saint Louis Art Museum (1 Fine Arts Drive; www.slam.org), showcases 70 paintings on loan from the Museum of Fine Arts, Boston, that demonstrate the Dutch mastery of portraiture, landscape and genre painting (paintings depicting stories with a moral). The exhibit opens Sunday, October 20, and remains on display through January 12. Tickets are $6 to $15 (but free on Friday), and the museum is open every day except Monday and major holidays.

7. You Will Be Found
Benj Pasek and Justin Paul's musical Dear Evan Hansen caused a national stir on Broadway, thanks to its ultra-contemporary plot. Evan Hansen is a high schooler with social anxiety being raised by his working mom, who's rarely at home. When a pep-talk letter he wrote to himself ends up in the pocket of a fellow student who commits suicide, Evan becomes involved with the grieving family. This gets him closer to Zoe, his longtime crush who's also the younger sister of the deceased. A white lie he tells to comfort the boy's parents spins out of control but also brings him closer to Zoe. Of course, Evan also is throwing out more lies all the time to keep his story afloat, and he's doomed to come back to the truth eventually. The Fox Theatre (527 North Grand Boulevard; www.fabulousfox.com) presents Dear Evan Hansen at 7:30 p.m. Tuesday through Friday, 2 and 7:30 p.m. Saturday and 1 p.m. Sunday (October 22 to November 3). Tickets are $45 to $150.

8. Shady Times
Pete Souza has worked as a photojournalist, shot for National Geographic and Life, and has been the chief official White House photographer for former President Barack Obama, but he's currently most popular for his weapons-grade trolling of Donald Trump on his personal Instagram. Souza's mockery relies on his large stash of Obama photos, which he repurposes with cutting captions that underline the differences in governing style, humility and humanity between Obama and Trump. If you're wondering, Trump doesn't look very good in comparison. These photographic arguments formed the basis of Souza's book Shade: A Tale of Two Presidents. The paperback edition has 60 new pages of Souza's commentary on Michael Cohen, Brett Kavanaugh and the immigration crisis. At 7 p.m. Wednesday, October 23, Left Bank Books presents Pete Souza at the Grandel (3610 Grandel Square; www.left-bank.com) with the new edition of Shade. The event requires tickets ($22.13) and comes with a signed copy of the book.