The Best Things to Do in St. Louis this Week, August 2 to 6

The sudden appearance of August means summer is on the wane. Interesting events are still happening, however, so enjoy the longer days while they last.

1. Chan Is the Man
Jackie Chan has a lot of things going for him as an actor, but the top keys to his success are his charisma and his bravado. In his 1985 action thriller Police Story, he plays Hong Kong cop Chan Ka-Kui, who's single-handedly dismantling the empire of crime lord Chu Tao while clearing his own name. The stunt work is insane (Chan hangs off moving buses using an umbrella, crashes through acres of glass and braves a heart-stopping slide down a light pole), the action is breakneck and Chan, as ever, is charming and funny. The Reel Late film series presents Police Story at 11:55 p.m. Friday and Saturday (August 2 and 3) at the Landmark Tivoli Theatre (6350 Delmar Boulevard, University City; www.landmarktheatres.com). Tickets are $8.

2. Go Retro
Despite all the advances in video game graphics and storylines, there's still a hardcore audience for retro video games. For those who love Metroid Prime, Street Fighter II: Hyper Fighting and Chrono Trigger, the MO Game Con is as vital as the Contra cheat code. Now in its third year, the convention will bring in a slew of YouTube gamers, cosplayers and local players alike. MO Game Con founder and attorney Chad Hager expects this year's attendance to be bigger than ever.

The convention features arcade gaming, tournaments, old-school Nintendo consoles and a cosplay panel. Gaming YouTubers such as Jay Hatfield ("The Game Chasers") and Brett Weiss ("Tales from a Retro Gamer"), and the Kansas City-based "Video Game Dads Podcast" are all scheduled to attend.

Hager says the idea for the convention originated in a now-closed St. Charles gaming shop owned by his friend Chuck Shaw. "He and I were discussing that there were no conventions close by for retro gamers, and it'd be nice to get one started," Hager recalls. "He and I got the ball rolling."

MO Game Con takes place from 10:30 a.m. to 6:30 p.m. Saturday, August 3, at St. Charles Community College. Tickets are $15, and limited VIP tickets are available for $100. VIP members will be given early access to the event at 9:30 a.m. and will receive a T-shirt, badge and an invitation to the Mo Game Con VIP party that will take place Sunday, August 4.
— Joshua Phelps 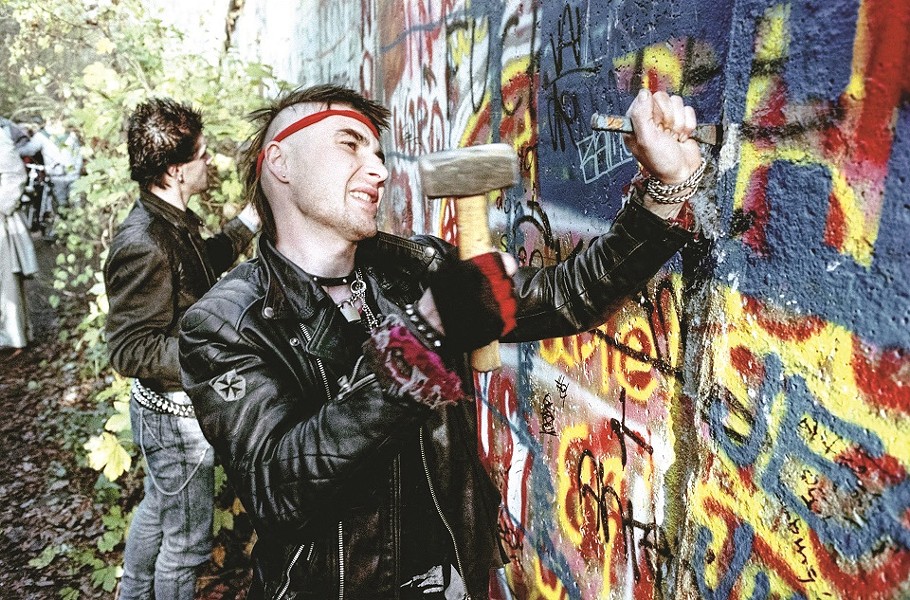 3. The Prizewinners
Photographs are a key element of narrative storytelling, which is why it's so baffling that newspapers have deemed staff photographers an expendable luxury. You probably recognize many of the photographs that won Pulitzer Prizes, from Joe Rosenthal's shot Raising the Flag on Iwo Jima, to Alan Diaz's memorable photo of U.S. federal agents seizing Elian Gonzalez, to St. Louis Post-Dispatch photographer Robert Cohen's 2014 image of a protestor throwing a tear-gas canister back at police while protesting the killing of Michael Brown. These photographs shock us, inspire feelings of pride and anger, and inform us, just as great written journalism does. The Newseum in Washington created a traveling exhibit of some of the most beautiful images to win the Pulitzer, and it's a show that will make its St. Louis debut on Saturday, August 3, at the Missouri History Museum (5700 Lindell Boulevard; www.mohistory.org). A second exhibition organized by the Missouri History Museum collected 75 photos of everyday life in St. Louis from the Post-Dispatch archives. Pulitzer Prize Photographs and In Focus: St. Louis Post-Dispatch Photographs remain on display through January 20, and admission is free. Parents are cautioned that some of the photographs are intense and may be too much for younger children.

4. Meet & Eat
The Great Muslim Food Festival is one of the best lunch dates in town. For $20, two people can buy a surprising amount of food and eat their fill. Double your budget and you'll have to be rolled back to your car. Cevapi, rice dishes, chai, falafel, ice cream — it's all amazing. Make sure to talk to your vendor whether you have questions about what something is or just to find out how business has been. A major impetus for the festival is so people can meet and talk, and nothing facilitates conversation like something delicious. The third Great Muslim Food Festival takes place from 11 a.m. to 6 p.m. Sunday, August 4, at the World's Fair Pavilion in Forest Park (www.greatmuslimfoodfest.com). There will be live entertainment ranging from poetry to music to traditional dance, a bazaar, a kid's area and some truly amazing food. Admission is free.

5. The Great Matilda
Like most of Roald Dahl's books, Matilda features an intelligent child, a mean adult who is allergic to kindness and at least one adult who is sympathetic and compassionate. Matilda is the bookish, quiet child whose parents, Mr. and Mrs. Wormwood, view her as a burden and a nuisance. The new school she's been sent to has a brutal disciplinarian in charge — Mrs. Trunchbull — and a kindhearted teacher in Miss Honey, who immediately takes a liking to Matilda. When Matilda discovers that she has unique powers, she realizes that she can stand up for her beleaguered classmates. The Muny in Forest Park (www.muny.org) closes its season with Matilda the Musical. The show features music and lyrics by Tim Minchin, a book by Dennis Kelly and design inspiration by Mary Engelbreit. The show is performed at 8:15 p.m. Monday through Sunday (August 5 to 11), and tickets are $15 to $105.

6. Man-Tamer
William Shakespeare's The Taming of the Shrew can be an uncomfortable play in the wrong hands. Kate, the headstrong woman who must be married before her sister Bianca can marry, often ends up as a cowed wife who has been dominated by love. At the best of times, she is paired with a Petruchio who understands her and simply asks her to play the game according to convention. In Justin Audibert's new production for the Royal Shakespeare Company, Padua is a matriarchal society in which men wield no power. Lady Baptista puts her sons, Katherine and Bianco, on the market for the highest bidder. Petruchia, a wily woman, takes a liking to the headstrong Katherine and proceeds to get him under her thumb. It's a wild, gender-switched take on a play about power and marriage. The Royal Shakespeare Company rebroadcast its stage production of The Taming of the Shrew at 7 p.m. Tuesday, August 6, at the Landmark Tivoli Theatre (6350 Delmar Boulevard, University City; www.landmarktheatres.com). Tickets are $15.