Goths at the Zoo Is Coming Back With Big Plans 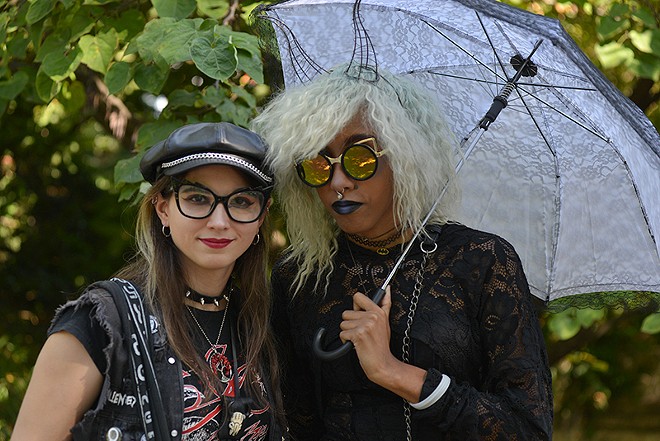 Megan Ryan wasn't sure who would show up for the inaugural Goths at the Zoo last year, so she when a dark-clad crowd arrived it made her consider the event's potential.

“I definitely should make this a big thing,” thought Ryan, the event's coordinator.

And so she did.

Ryan says the goth gathering, which is not sponsored by the St. Louis Zoo itself, was a great way for people of all ages within the goth subculture to meet and show others that they aren’t monsters.

Heading into this year, Ryan hopes the event will gather about 500 people around the St. Louis area.

While the event is centered around the culture, Ryan says everyone from punk to casual is welcome but stresses that the zoo and event forbid cosplaying; she wants people to be their “true, authentic self.”

RELATED: When Goths Visited the Saint Louis Zoo, Things Got Dark Even on a Sunny Day

Additionally, the zoo informed Ryan that clothing with cuss words, makeup that covers the face or goes over the eyebrows or cheekbones are not allowed.

“So long as it’s casual, anything that’s super fancy might be considered a costume,” says Ryan.

Starting at 9 a.m. and ending at 7 p.m. on September 29, the free event will feature a scavenger hunt, group photo meetups and trivia quizzes. Additionally, the event will give away prizes, designate group meetings and raise money by selling t-shirts online for the Endangered Wolf Center in Eureka. All ages are welcome to participate. More details about the event and donation drive can be found on their Facebook.