July creeps back into next year, leaving us to August's sweaty mercies. Still, hockey returns in a little more than three months, and we have these fantastic entertainments to, uh, entertain us.

1. Anchors Aweigh
Art is something to be appreciated, and St. Louis-based illustrator/graphic designer Carlos Zamora's cART exhibition at Laumeier Sculpture Park is one of those examples. Zamora transformed three golf carts into kinetic sculptures by installing his oversized paper boat sculptures on top and wrapping the bodies with printed vinyl slogans. A fourth large paper boat sculpture will be placed in a creek on the Laumeier grounds. The Cuban native drew inspiration for the project from his heritage, specifically the song "Baraquio de papel" — "Little Paper Boat" — as well as Cuban car culture, nursery rhymes and politics.

Carlos Zamora: cART opens with a free reception from 6 to 8 p.m. Thursday, July 25, at Laumeier Sculpture Park (12580 Rott Road; www.laumeier.org). The following night a Havana Night celebration takes place in the park's Aronson Fine Arts Center from 6:30 to 9:30 p.m., with mojitos, snacks, "Casino" dance lessons and a screenprinted poster station. Tickets are $25, but admission to the park and Zamora's boat sculptures is free. The exhibition continues through December 22, and the park is open daily from 8 a.m. to 30 minutes past sunset.
– Joshua Phelps

2. All-Consuming Love
Rodolfo is a poor poet living in Paris, while his friend Marcello is a starving artist. When their more successful friends Schaunard and Colline bring food and then depart for the cafe with Marcello, Rodolfo stays behind to work on a new verse. A beautiful young seamstress named Mimi interrupts him, and in an instant the two fall in love. Poverty is no barrier to romance blossoming, but his jealousy and her fatal case of consumption are. Rodolfo and Mimi have some good times before they reluctantly agree to separate so he doesn't have to watch her die. But can the two lovers really be apart? Giacomo Puccini's opera La boheme celebrates all-conquering love. Union Avenue Opera presents La boheme in English at 8 p.m. Friday and Saturday (July 26 to August 3) at the Union Avenue Christian Church (733 North Union Boulevard; www.unionavenueopera.org). Tickets are $30 to $55. 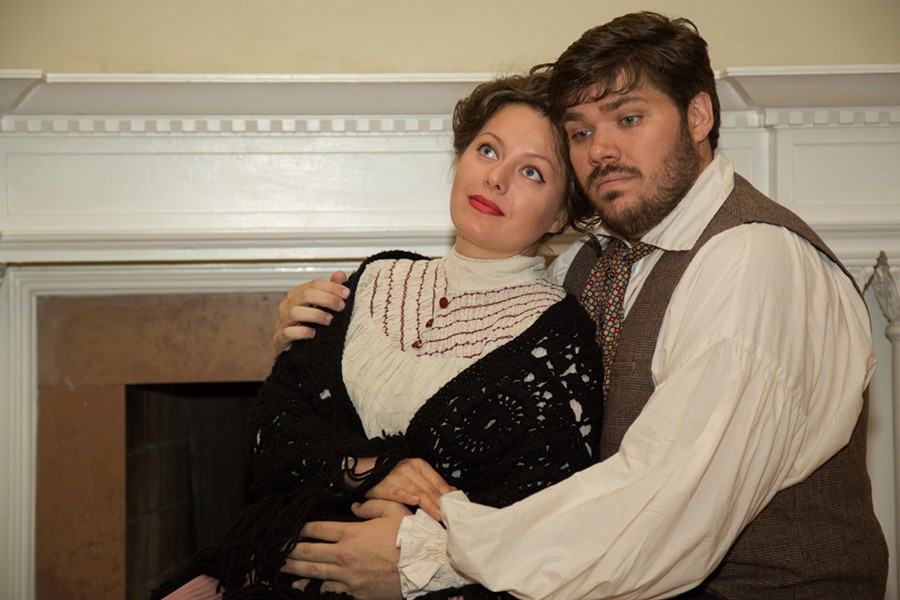 3. Ladies, Take It Away
The all-female heist film Ocean's Eight features a galaxy of stars and is set against the gilded backdrop of the Met Gala. Debbie Ocean (Sandra Bullock) is just out of prison and looking for a big score. She rounds up a group of seven other women who are experts in their various fields and sets in motion a plan to steal the Queen of Holland diamond, which is a whopping 136 carats and is the centerpiece of the infamous Toussaint necklace. It will take meticulous planning and crack timing to pull of the audacious heist, but anything boys can do girls can do better. Cate Blanchett, Sarah Paulson, Mindy Kaling, Rihanna, Anne Hathaway, Helena Bonham Carter and Awkwafina play Bullock's team. The film is this week's Art Hill Film Series installment. The party starts at 6 p.m. Friday, July 26, in front of the Saint Louis Art Museum (www.slam.org), with food trucks, beer, wine and cocktails for sale (soft drinks, too) and live music. The film itself begins at 9 p.m., and admission is free. 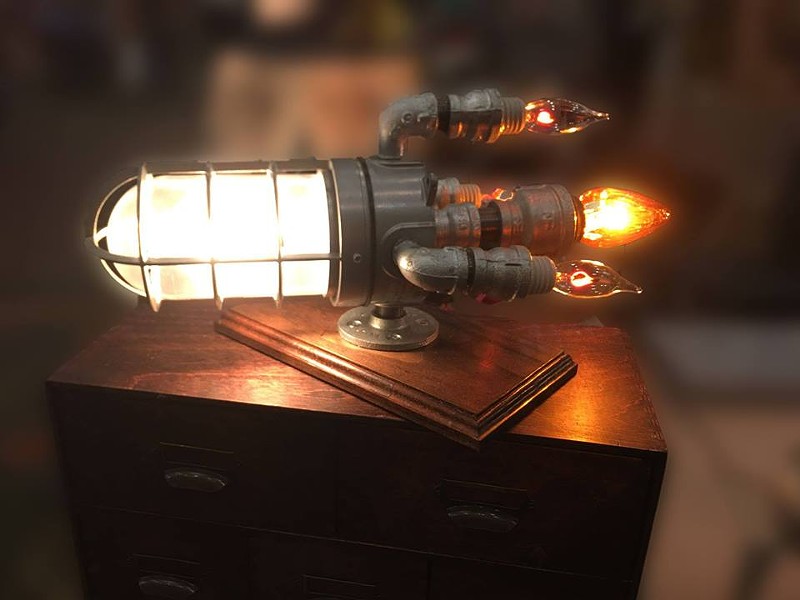 4. For the Fans
Four years ago, former Deadpool comic writer Daniel Way visited a lackluster craft fair filled with resellers and multi-marketers. "There wasn't anything there for me," he says. Both Way and his wife, Kim Way, took it upon themselves to create a craft fair that catered to the geek crowd. So they created the GeekCraft Expo.

Entering its second year in St. Louis, the GeekCraft Expo has expanded to twice the size due to popular demand, and features geeky handmade items of everyday objects by local artists. Way, who is the director of the event, says many of the items are Harry Potter, Star Wars or Lego themed, as those three pop culture giants have the most devoted fandoms.

The second GeekCraft Expo for St. Louis will be 10 a.m. to 5 p.m. Saturday and 10 a.m. to 4 p.m. Sunday (July 27 and 28) in Webster University's Grant Gymnasium (175 Edgar Rd; www.geekcraftexpo.com/stl-2019). Visitors can register at the website to get in free, or pay $2 at the door. Additionally, Way says the Geek Girls Club will be have their brunch at 10 a.m. Sunday, and it's open to the public.
– Joshua Phelps

5. Fresh Paint
The classic Lerner and Loewe musical Paint Your Wagon has its own fresh coat of paint courtesy of Jon Marans. Marans rewrote the book, changing the structure in several places and adding a black character (H. Ford) and two Chinese characters; the show now looks more like the real California during the gold rush era. The handsome Mexican love interest has a new name (Armando) and a beefed-up background as well. What remains is that gorgeous Loewe score, with "Wand'rin' Star" and "They Call the Wind Maria," and the love story between Armando and Rebecca, whose father Ben is a prospector who finds gold. When a boom town sprouts up around his claim, personal and romantic conflicts sprout between the 400 men and the small number of women. Even gold isn't enough to make that ache of loneliness go away. The Muny presents the reworked Paint Your Wagon at 8:15 p.m. Saturday through Friday (July 27 to August 2) at the Muny in Forest Park (www.muny.org). Tickets are $15 to $105.

6. Home Team Wins?
The hated Chicago Cubs are back in town to play the St. Louis Cardinals, which is good. In a strange twist, the Cardinals have lost all their Cubs games in Chicago and won all the home games against the Cubs. Let's see if that bizarre tradition continues. First pitch is at 7:15 p.m. Tuesday and Wednesday and 6:15 p.m. Thursday (July 30 to August 1) at Busch Stadium (700 Clark Avenue; www.stlcardinals.com). Tickets are $10.90 to $260.90.

7. Middle-Age Muppets
In the 40 years since the release of the original Muppet Movie, the film has maintained its popularity with kids and adults, thanks to its weirdo humor and Paul Williams and Kenneth Ascher's brilliant songs. Kermit the Frog makes the long journey from the Florida swamp to Hollywood in order to become a star, accruing strange Muppets — and the divine Miss Piggy — as he travels. The trip is filled with laughter and heartbreak, as well as a million cameos from the stars of the 1970s. The Muppet Movie is back in theaters for a pair of dates in honor of its 40th anniversary. Fathom Events presents The Muppet Movie at 12:30 and 7 p.m. Thursday, July 25, and 12:30 p.m. only on Tuesday, July 30. You can see it again locally at the Marcus Ronnies Cine (5320 South Lindbergh Boulevard; www.fathomevents.com). Tickets are $12.47 to $15.47.