St. Louis Is One of the Nation's Most 'Undervalued' Cities, Study Says 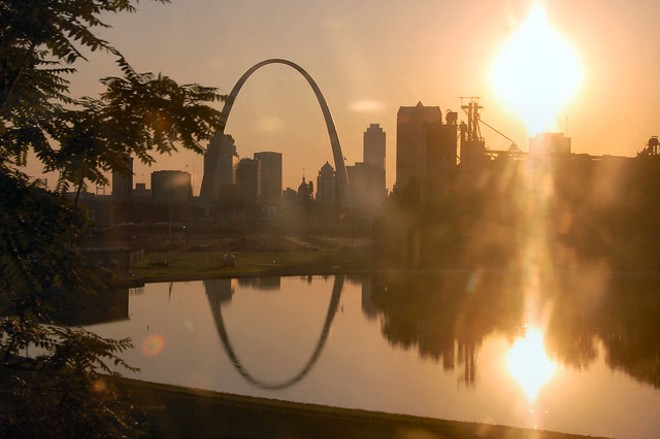 When it comes to getting the most bang for your buck, St. Louis is hard to beat. The Gateway City comes in at No. 9 on a new list of "the most undervalued cities" in the U.S. — the only one west of the Mississippi.

The study, by SmartAsset, surveyed the 189 most populous cities in country, assessing everything from the price per square foot for residential real estate to the unemployment rate to residents with a college degree to walkability. Surprisingly, in light of some of our less favorable placements on lists like this, the study included FBI crime reporting data. Oh, and it also included the number of rainy days per year (good thing they looked at the 30-year average and not this spring!).

By SmartAsset's metrics, Pittsburgh was No. 1. St. Louis and Chicago were the only Midwestern cities to make the top ten.

Zillow data shows that actual cost per square foot in St. Louis is $104.25, while our model estimates that it should cost about $100 more than that, at$205.58. For those looking to get a smart start, it’s also one of the best cities for new college grads.


SmartAsset's top 25 cities in the U.S. are below: 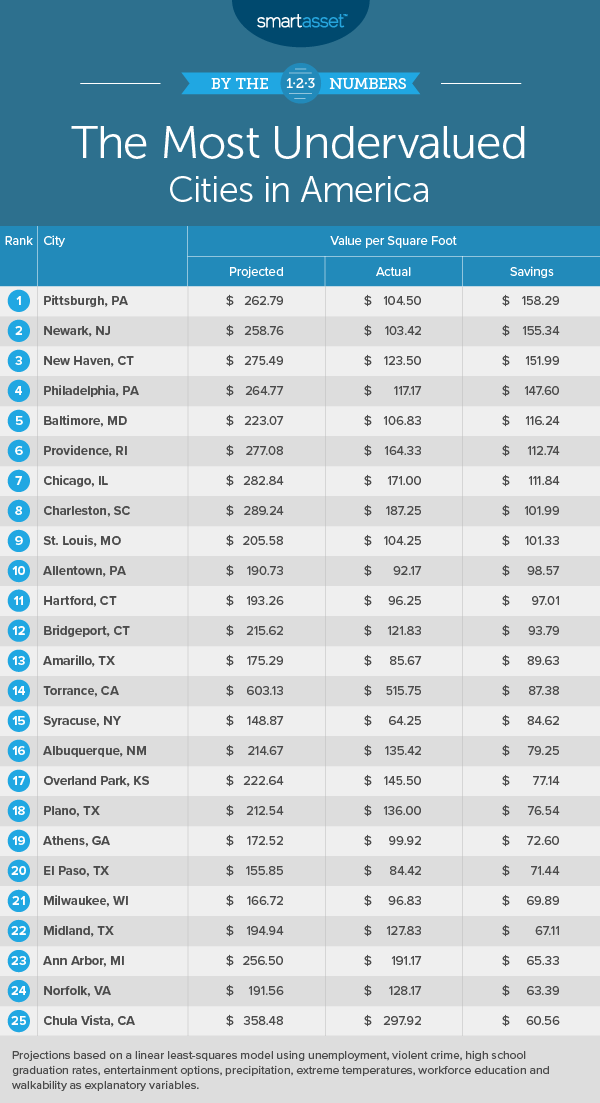