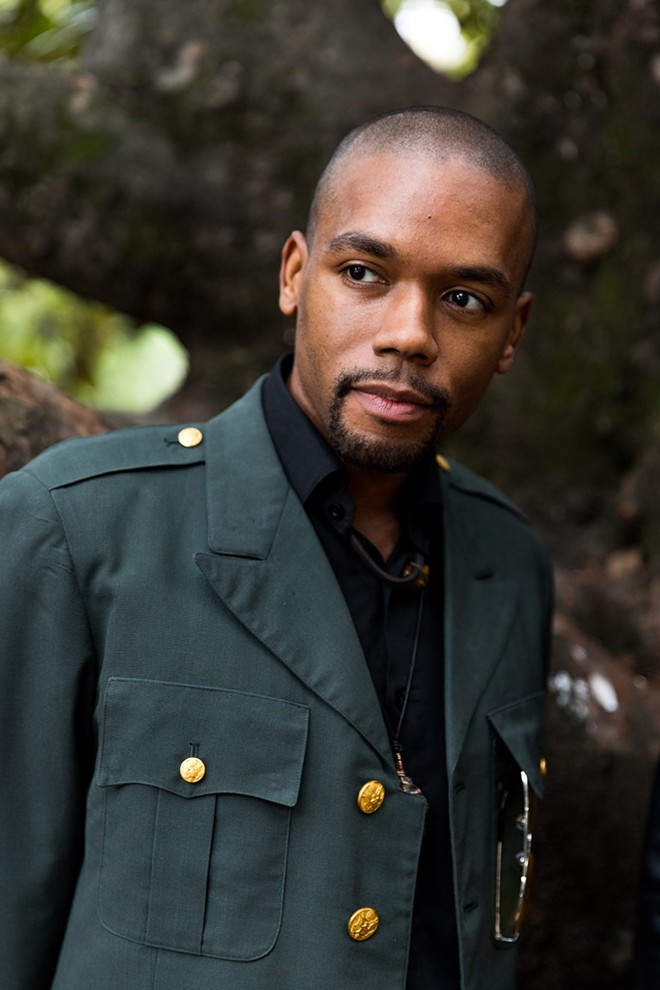 Justin Phillip Reed, a native of South Carolina and current resident of St. Louis, won the award for Gay Poetry for his poetry collection Indecency (Coffeehouse Press) at the 31st annual Lambda Literary Awards earlier this week. Reed won the 2018 National Book Award in Poetry for the same collection.

In a review, Luiza Flynn-Goodlett of the literary magazine The Adroit Journal praised Indecency for offering "a sharp, uncompromising rebuttal to a society that would like to reduce the speaker to their race, sexuality, and gender performance."

She writes, "Reed illustrates how our society reduces black people to their bodies and then demeans and discards those bodies in poems like 'Pushing up onto its elbows, the fable lifts itself into fact,' where 'The soil is thick with hidden Black girls, the myth that only quiet Black girls are worthwhile Black girls.'"

Reed’s work has appeared in the African American Review, Best American Essays and The Kenyon Review, among many others. Reed and 24 other winners as well as three special honors received awards for their works in fiction, nonfiction, poetry and other categories.

In addition to Indecency, Reed has also published a collection of poetry titled A History of Flamboyance (YesYes Books) in 2016 and organizes the St. Louis community-based poetry workshop Most Folks at Work.