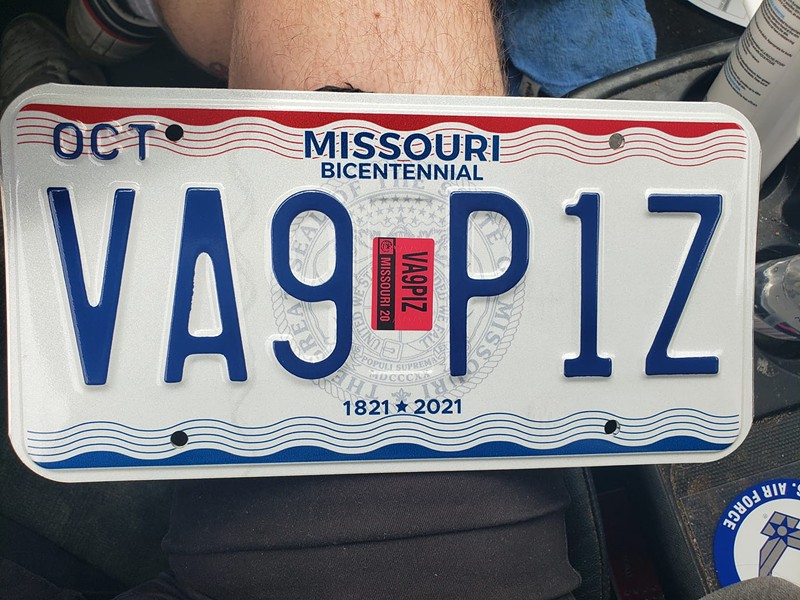 Just this week, the Missouri Division of Motor Vehicles issued a plate to a St. Louis resident reading "VA9 P1Z." And because the internet has ruined all of our brains, everyone under the age of 40 can easily (and immediately) see that this license plate very obviously reads “VAG PLZ.”

Just check out the image above. You see that, right?

Most states have staffers specifically tasked with trying to weed out dirty vanity plates (get a load of some of the fascinating ones blocked in California, for all sorts of interesting reasons). In Missouri, the state's personalized plate reservation site outright bans all the usual dirty words: shit, piss, fuck, cunt and tits. (Cocksucker and motherfucker won't fit into the six-character design.)

But in this case, it's not a pervy driver trying to get one over on state bureaucrats. This wasn’t a personalized plate, just a regular ol' randomly assigned plate they simply handed to an unsuspecting motorist without even a wink.

The anonymous motorist saw the hidden meaning in the alphanumeric combination instantly and hopes that his fellow drivers will recognize that it is a stamped plate — the personalized ones are flat in Missouri — and that he did not request or pay for this design.

And since the driver had no influence on this configuration, we have no choice but to assume the DMV is the thirsty one. Clearly, the division that generated this plate is leading two lives: They’re well-behaved in the streets but a freak in the sheets. Respect.