The Best Things to Do in St. Louis This Week, May 2 to May 7

Some day this rain is gonna blow over, but for now here's a selection of indoor and outdoor events. Dress smart and have fun out/in there.

1. Take a Break
Responding to the complexity and anxiety of the past five years, artist Jenna Bauer embarked on a new collection of work, The Respite Sequence. Initially begun while caring for her father, the series started with oil paintings. From a distance they appear to be soft-edged landscapes; as you approach each piece, you notice the slashes of intersecting lines that criss-cross the surface. Is it the wind howling across the landscapes, or is the internal buzzing of a mind riven by stress, worry and fear reflected on the surface? Bauer's blurred paintings are accompanied by sound installations and some sculptural pieces. Jenna Bauer: The Respite Sequence opens with a free reception from 6 to 10 p.m. Friday, May 3, at Hoffman LaChance Contemporary (2713 Sutton Boulevard, Maplewood; www.hoffmanlachance.com). The exhibit continues through May 25. 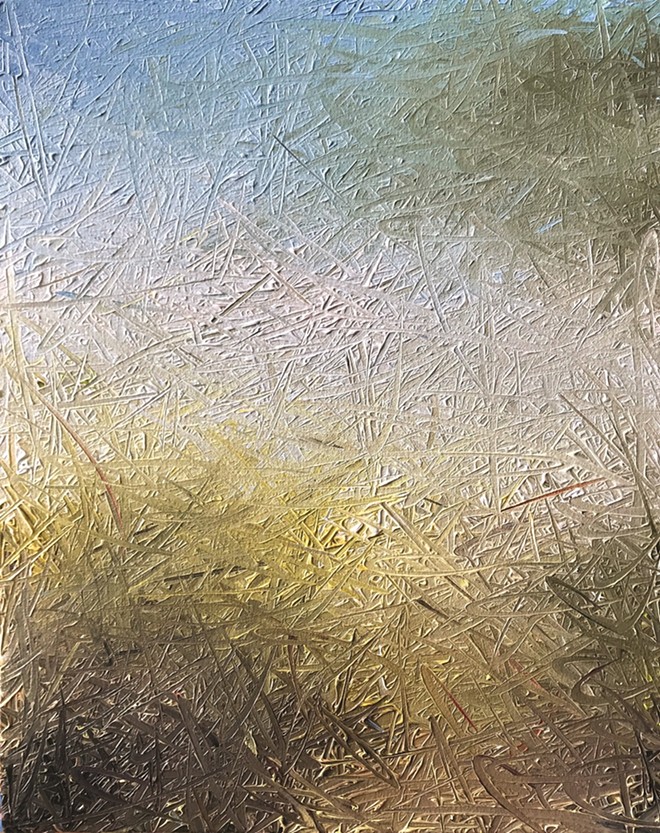 2. Drink for Good
Lift for Life Gym, which provides weightlifting equipment and training for underserved youth in St. Louis, is funded entirely by donations and its regular fundraising events. The biggest of these fundraisers is St. Louis Microfest, a 24-year-old celebration of beer, local food and good times. This year's Microfest again features three sessions spread across two days in the Upper Muny parking lot in Forest Park (www.stlmicrofest.org). You buy a ticket for the session that fits your schedule — 6 to 10 p.m. Friday, 1 to 5 p.m. Saturday or 6:30 to 10 p.m. Saturday (May 3 and 4) — and then collect your sample glass to use at stations manned by more than 70 breweries (not all will be participating at every session). Locals Civil Life, 4 Hands, Earthbound and Center Ice will all be there, along with big boys such as Guinness and Leinenkugel's. Food will be sold on site by the Dam, Mission Taco Joint and Bogart's Smoke House. Entertainment ranges from singer-songwriter Ahna Schoenhoff to the always popular Brewers' Olympics. Tickets are $45 to $60 per session, and proceeds go to Lift for Life Gym.

3. Fiesta de Sabado
Cinco de Mayo: A Cherokee Street Festival is one of the largest and best outdoor parties in the city, but there's always room for more. Come out and celebrate Mexican culture, art and food from 11 a.m. to 10 p.m. Saturday, May 4, along Cherokee Street between Nebraska and Jefferson avenues (www.cincodemayostl.com). El Campeon, El Chico Bakery, El Torito, La Vallesana and Juanita's Mexican Food will help feed your face while you enjoy the live entertainment of Alma de Mexico Dance Troop, Carlos Suarez and Mariachi Nuevo Azteca. (Is anything better than a really great mariachi band?) The always popular People's Joy Parade of floats, bicycles, art projects and costumed marchers kicks off at 1:11 p.m. at Minnesota Avenue and Cherokee. Admission is once again free, but bring cash so you can support local businesses. 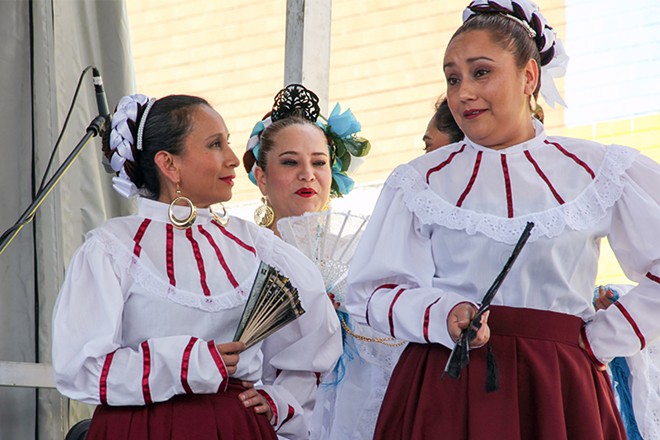 4. That Frisco Fog
Canadian film director Guy Maddin is renowned for his ability to create believable and yet bizarre worlds. From his quasi-musical The Saddest Music in the World to his silent memoir/nightmare Brand Upon the Brain!, Maddin's films eschew reality for an otherworldliness that's both familiar and uncanny. Maddin's latest project is strangely derivative of both Hitchcock and dozens of other directors. The Green Fog combines snippets of numerous films and TV shows that all depict San Francisco, jumbling them all together in an emerald-tinted haze to tell a non-linear narrative inspired by Vertigo. Even for Maddin, it's an unusual film. The Webster Film Series presents The Green Fog at 7:30 p.m. Sunday, May 5, at Webster University's Moore Auditorium (470 East Lockwood Avenue; www.webster.edu.film-series). Tickets are $5 to $7, and if you need a refresher on Vertigo, the series shows that on Friday, May 3.

5. Mr. Batmom's Back
Hot on the heels of his very successful first Batman movie (cleverly titled Batman), Tim Burton returned to the sci-fi/Art Deco Gotham of his dreams with Batman Returns (another great title). Michael Keaton is also back as a very sane, emotionally balanced Batman (and Bruce Wayne). This time out, he must deal with the macabre Penguin (Danny DeVito) and the somewhat mad Catwoman (Michelle Pfeiffer). Christopher Walken plays silver-haired millionaire Max Schreck, who teams up with Penguin to take control of the city. The tone is definitely darker than the first Burton Batman, mostly because Penguin is absolutely grotesque, with sharp gray teeth and a habit of snarling around mouthfuls of raw fish. Still, anything's better than Christian Bale's sotto voce psychopath or Bat-Fleck's dour brute. Warner Bros. and DC Comics celebrate 80 years of Batman by re-releasing the 1990s incarnations in theaters for a limited time. You can see Batman Returns at 7 p.m. Monday, May 6, at Marcus Wehrenberg Ronnies Cine (5320 South Lindbergh Boulevard; www.fathomevents.com). Tickets are $13.47.

6. Funny Writing
Local literary journals Natural Bridge and Boulevard celebrate the release of their respective spring issues with a joint reading. On the bill is Hemingway/PEN award winner Weike Wang, whose novel Chemistry has been called the "most assured novel about indecisiveness you'll ever read"; Gabe Montesanti, known to roller derby fans as "Joan of Spark"; and essayist Christopher Candice. The event will feature all the writers reading their comedic works; it's hosted by local comic Tina Dybal. It starts at 7 p.m. Tuesday, May 7, at the Schlafly Tap Room (2100 Locust Street; www.schlafly.com), and admission is free.