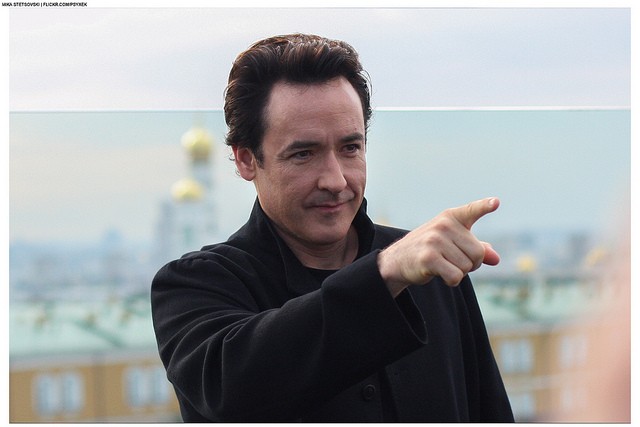 You know him as Lloyd Dobler in Say Anything, Martin Blank in Grosse Pointe Blank, Lane Meyer in Better Off Dead or (my personal favorite) Ivan Alexeev in Tapeheads. Now actor John Cusack is coming to the Blanche M. Touhill Performing Arts Center (1 University Boulevard; 866-516-4949) on June 14 to star in his own little show just for you.

And what is Vince Larkin from Con Air going to do while he’s here? Why, he’s going to host a Q&A and screening of the 1980s masterpiece Say Anything, in which his Lloyd Dobler is perceived as a devoted teenage boyfriend, even though he’s pretty much a Class-A obsessive stalker in a dangerously sexy Clash t-shirt.

Cusack often plays dickbags who somehow come off as lovable, even when they are stalkers (Say Anything), self-obsessed boyfriends (High Fidelity) or actual hitmen for hire (Grosse Pointe Blank). Cusack’s impressive eyebrows and little cherub mouth just ease audiences into accepting his characters’ many (many) flaws.

His face does crazy things to people in real life, too. John Cusack just makes straight women of a certain age completely lose their shit. I once saw him walk into the GMan Tavern in Chicago after an Echo & the Bunnymen show next door at the Metro (the Chicago equivalent of stopping into the Halo Bar after a show at the Pageant), and even though he was hiding out under a ball cap, a woman spotted him, pointed at him, screamed and promptly fainted on the spot. Cusack pulled his hat down further over his face, turned around and walked right back out the door. It’s rough being Lloyd Dobler.

If you want to see the boombox hero up close, tickets to his screening and the live Q&A that follows start at $39.75 and are on sale Friday, April 5, at 10 a.m. and will be available at the Touhill Ticket Office at the University of Missouri-St. Louis, at touhill.org, and at 314-516-4949.