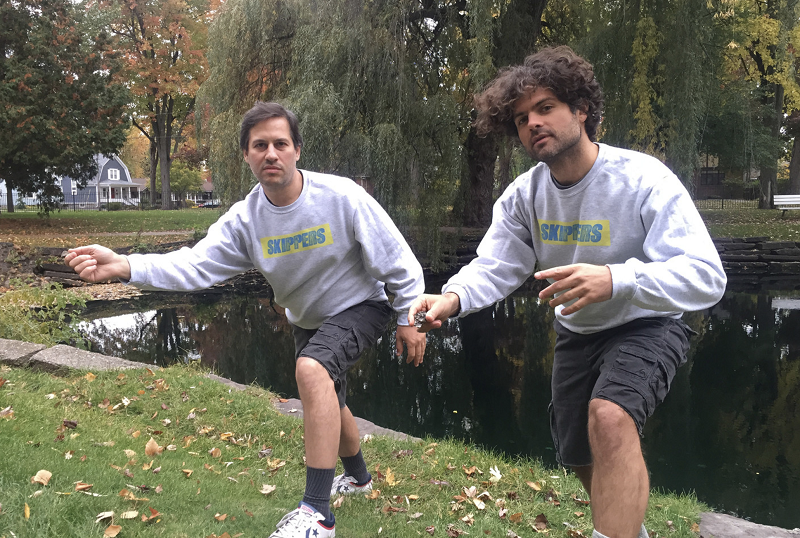 St. Louis has a strong tradition of locally made films, thanks to the St. Louis Filmmakers Festival and the St. Louis International Film Fest, not to mention the Hollywood productions that have shot here, from White Palace to Escape from New York. But there's always room on the calendar for another film festival — Franki Cambeletta just didn't expect he'd be involved in the newest entry.

The director of the new Benton Park Film Fest credits Dick Pointer, the owner of Lemp Mansion and Lamp Grand Hall, for both the idea and the venue. It wasn't a completely out-of-the-blue suggestion. Not only is Pointer a filmmaker, but Cambeletta is one himself (with his partners John Bolduan and Jeremy King, he owns the production company Shift Films, with Ryan Foizey as a creative partner). When Pointer suggested it, Cambeletta quickly agreed, and a new festival was born.

"I wanted to do something more boutique. We're not the size of SLIFF," Cambeletta points out. "We're a different outlet for local, national and international filmmakers, and we're doing it locally.”

But while they envisioned something small, they found themselves with a deluge of submissions.

"We had 936 submissions from more than sixteen countries,” raves Cambeletta. "And that was in the first three days. We accepted 103 of those, and they'll screen on both days of the fest."

Four screening rooms will be organized thematically. Hall one is for features and shorts, hall two screens the feature documentaries and student documentaries (on Saturday only). Hall three is the founders hall, screening films by Cambeletta and Pointer, and experimental films, musical shorts and animation entries will be in hall four. Food and drink will be sold on-site as well, so you can maximize your film watching.

Pressed for a few festival stand-outs, Cambeletta reels off a list of titles from around the world spanning several genres.

"There's a film from Poland, The Woodkin, that's maybe my favorite film right now," he says. "We have a feature from Chicago, Olympia, that's beautifully written. The star of the film wrote it; it's about someone in their early twenties losing both parents and having to quickly decide what she's going to do with her life. We have some LGBT films that are amazing."

He adds, “We wanted to show the diversity in film, and so Continuity is going to be at the festival." The St. Louis non-profit, which works to expand diversity in media through skill-based training and mentoring, will make a presentation after the screenings to explain how to get involved with working on films, whether that’s on the technical or creative side.

“We wanted the Benton Park Film Fest to be approachable for beginning and intermediate filmmakers, " promises Cambeletta. "If you're an actor, or a musician or a writer or a would-be filmmaker, come meet some people and make some connections."