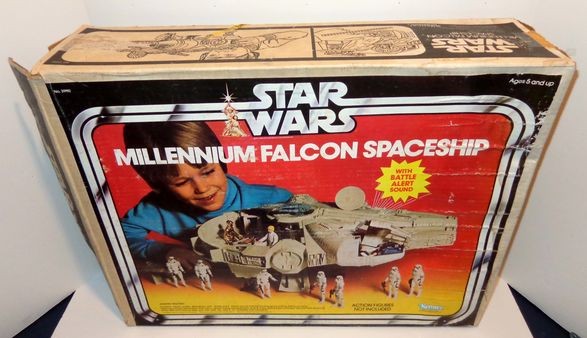 A long time ago, in the late 1970s, Star Wars was just a science fiction movie, albeit one with a remarkable amount of merchandise. We're talking not just those action figures with plastic arms clutching light sabers or blasters, but bed sheets, glassware, stationery, vitamins and even soap.

For one St. Louis collector, it was irresistible.

"If it had Star Wars on it, I had to have it," says the collector, who asked not to be identified because she'd rather not attract unwanted attention to her still-considerable personal trove of items from Star Wars and other science fiction franchises.

Now, after amassing thousands of science fiction-related items over four decades, the collector is putting a chunk of that mother lode of merch up for auction. Riverfront Times confirmed the collector's identity through Estate Auction Pros, which is hosting a live auction of the items March 2.

"If we're talking individual items, we're talking 6,000 pieces," the collector says, though she notes that some pieces, like trading cards, will be sold in packs, reducing the total number of biddable items to merely... several thousand.

There are so many items that the collector and auction house say they have photographed just a fraction of the vast assortment of knickknacks and toys.

But there are also items that never sold in any toy store. The collector says she befriended fast food managers and plied them for promotional items. She also managed to even get her hands on some of the original marketing material used to advertise the first films.

"If I find something, I'm going to purchase three of it," she says, describing her strategy. "Then I will sell two to recoup investment, and I keep the third for me."

But after holding on to some of those items for decades, the collector says she's decided that the items should have the opportunity to bring someone else joy.

"I've gotten so much pleasure over the years over the acquisition of things related to Star Wars," she says. "I want to put them in the hands of someone who would feel the same sense of 'Oh, look what I got!'"

If that someone is you, check out the auction page (which includes a list of item descriptions) as well as an as-yet-incomplete photo gallery. May the force of the bidding war be with you. 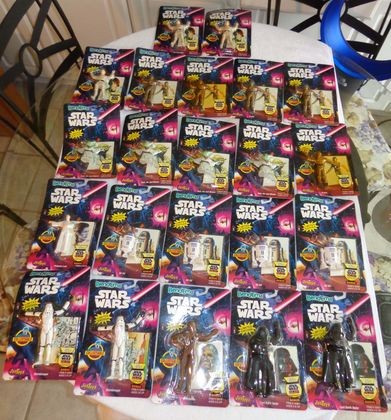