St. Louis Is Getting Its First Selfie Museum: The Selfie Room

A new interactive "museum" on Washington Avenue aims to let visitors make art, not just look at it — with twelve interactive exhibits designed specifically to facilitate the perfect selfie.

The Selfie Room (1424 Washington Avenue, theselfieroom.com) will open its doors to the public on February 8. For $30 each, patrons can play around in 3,300 square feet of space designed for taking whimsical photos — and stay as long as they like, capturing themselves and their friends under its professional lighting.

And unlike many similar concepts nationwide, including the Museum of Ice Cream and the Selfie Museum, the Selfie Room won't be a pop-up. Says co-owner Erika Klotz, "We are going to be a permanent location, and we hope to become a staple in downtown St. Louis." 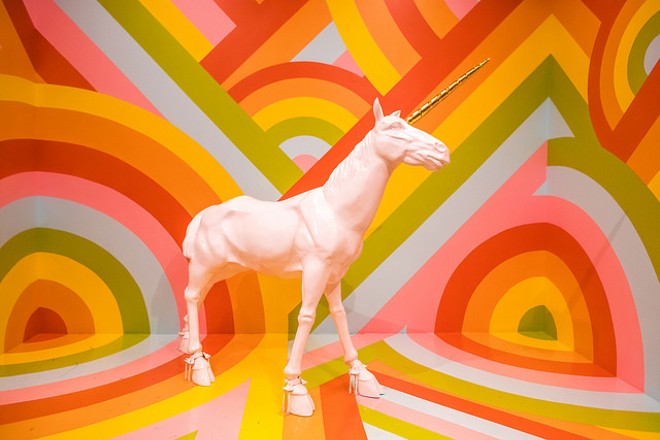 A Saint Louis University graduate, Klotz says she and her sister-in-law, Christa Klotz, dreamed up the idea last November, huddled in the kitchen while other family members were watching a football game. "We made a whole business plan with the matter of a football game," Erika says.

It helps that both already own businesses in Kansas City (Erika a tech startup, Christa a paint-and-sip studio). They knew about other selfie museums, and thought the time was right to bring one to St. Louis. Having an uncle active in St. Louis' commercial real estate scene helped them get a fast jump.

"It's like a land-grab situation with this market," Erika Klotz says. "It was going to happen with someone in St. Louis, and we wanted to be the ones to come in and launch it." 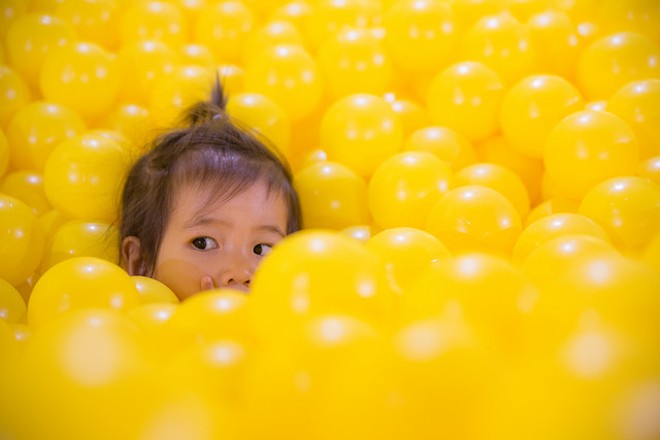 The space is already under construction; next week, the sister-in-laws intend to start building out the exhibits. They see them changing quarterly, both to reflect the seasons and to drive repeat visits.

Judging by the reaction the Klotzes are getting, they feel confident they're on to something. Says Erika, "We already have people following us on Instagram, and we haven't even launched yet!"

Editor's note: A previous version of this story referred incorrectly to the number of exhibits at the Selfie Room. They will have twelve, not eleven.