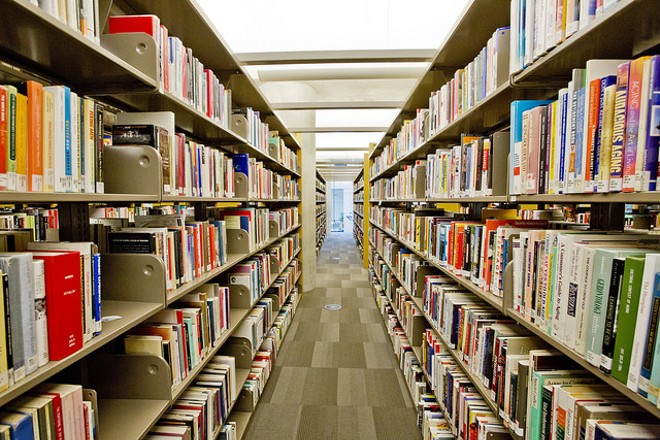 Readers nationwide may be pulling back a bit on Ebook purchases — but in St. Louis County, they're checking them out in record numbers.

The library system in the county saw 1.7 million digital checkouts last year. It's one of just 65 library systems worldwide to surpass one million checkouts, according to Rakuten OverDrive, which powers the digital collections.

Jennifer McBride, the library's communications manager, says the 2018 number is a seventeen percent increase from the year before.

But paper books continue to be the library's top product. McBride says the library believes e-users aren't necessarily the same patrons who choose traditional books, as those checkout numbers have held steady even as Ebook checkouts increase.

Overall, "eMedia" made up twelve percent of the library's checkouts in 2018, McBride says. Books and magazines, with 7.8 million checkouts last year, still dominate.

So what are all these eReaders eReading? According to Rakuten OverDrive, the top five ebook titles borrowed through St. Louis County Library's digital collection last year were a mix of hot-and-new bestsellers and crap by Dan Brown.

(Oops, did we say that? But just so we're clear, that's our opinion, not that of the library or Rakuten OverDrive.)

The top five ebook title borrows in St. Louis County:
1. Origin by Dan Brown
2. The Rooster Bar by John Grisham
3. Little Fires Everywhere by Celeste Ng
4. The Woman in the Window by A. J. Finn
5. Before We Were Yours by Lisa Wingate

County patrons' top five audiobooks:
1. Origin by Dan Brown
2. The Rooster Bar by John Grisham
3. The Midnight Line by Lee Child
4. All the Light We Cannot See by Anthony Doerr
5. The Flight Attendant by Chris Bohjalian