The Best Things to Do in St. Louis this Weekend, January 17 to 20 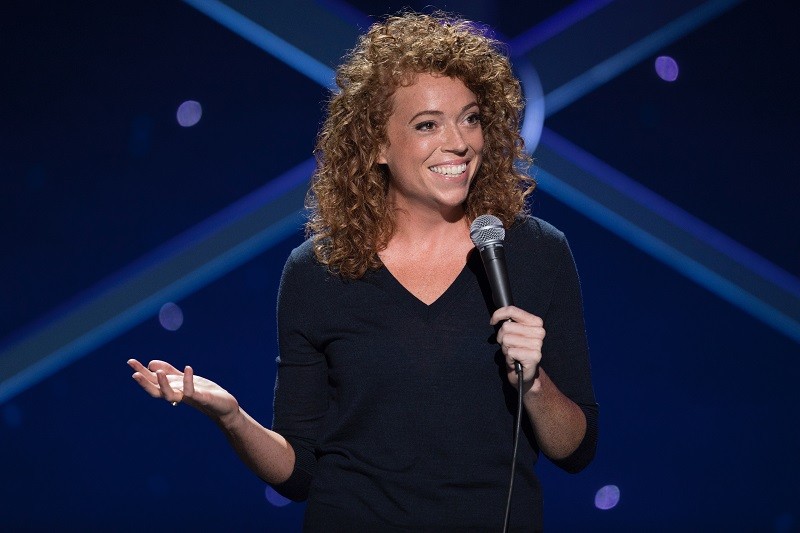 It's going to be a cold weekend, but don't let that stop you from living your life. It's just weather, you've experienced it before. Besides, there's some great stuff happening like a new show at the Contemporary Art Museum, a couple of plays and Michelle Wolf.

1. Indoor Constellations
Space is deep, to quote Hawkwind, and yet scientists believe all living creatures on Earth contain stellar elements within their genetic makeup. Artist Christine Corday explores this union of humans and the stars in her new exhibition Relative Points, which was commissioned by the Contemporary Art Museum St. Louis. Eleven of Corday's large sculptural forms, which are each made of more than 10,000 pounds of elemental metals and metalloid grit, will be arranged within the museum in a pattern of Corday's choosing. The sculptures, which resemble slightly squashed black marshmallows more than four feet high, are intended to be touched; they're essentially the same base elements as humans, after all. During the course of the exhibit, the shapes will change gradually from repeated contact and the inexorable force of universal gravitational attraction. You'll have your first opportunity to get close and personal with Corday's work at the opening reception, which takes place from 7 to 9 p.m. Friday, January 18, at Contemporary Art Museum St. Louis (3750 Washington Boulevard; www.camstl.org). Christine Corday: Relative Points remains fixed in space through April 21.

2. The Good Wife
Cole Porter was a tough man to stay married to; he liked glamorous parties, the nightlife and being the center of attention. His homosexuality could have been another dealbreaker, but not for Linda Lee Thomas. The Southern heiress had already had one rough marriage when she met Porter, and the two got along so well that they soon married. Despite their sexual incompatibility, they shared a genuine affection, and Porter had no greater champion than his loving wife. Stevie Holland and Gary William Friedman's one-woman musical Love, Linda recounts the story of Mrs. Cole Porter woven through innovative arrangements of her husband's most beloved songs."Max & Louie Productions presents Love, Linda at 7:30 p.m. Thursday, 8 p.m. Friday and Saturday and 3 p.m. Sunday (January 17 to 27) at the Marcelle Theater (3310 Samuel Shepard Drive; www.maxandlouie.com). Tickets are $40 to $45.

3. Wolf on the Loose
Comedian Michelle Wolf shot to fame — and online notoriety — after she flamethrowered the White House Correspondents Dinner in 2018. Fans of the current president and his staff were not amused, but Wolf's mix of verbal savagery delivered with a bubbly laugh won her a lot of fans. (Those insisting on equal time should note that on Wolf's now-canceled Netflix show The Break, she equated watching Congressional Democrats with giving a toddler a sticky piece of paper, who then struggle to get rid of it by peeling it off one hand and then having to peel it off the other and never get free.) This week Wolf brings her vicious whimsy to Helium Comedy Club (1151 St. Louis Galleria, Richmond Heights; st-louis.heliumcomedy.com). Performances are at 7:30 p.m. Thursday and 10 p.m. Friday (January 17 and 18). Tickets are $35, and there's a two-item minimum purchase in the showroom.

4. High-Flyin' Spies
Circus Harmony's annual January performance has some new features this year. For starters, new acts have been incorporated into the show, including the Chinese Pole (acrobatics performed on a stationary pole ranging from ten to 30 feet tall) and Hoop Diving (increasingly complex tumbling runs performed while diving through a vertical hoop or series of hoops). Perhaps the largest noticeable change from previous years is the accompanying band, which is completely new and making its debut performance during Accelerando, a musical mystery. Two teams of young circus performers will attempt to find a top-secret envelope before their competitors. You can bet there will be many twists, turns and flips as the mystery unfolds. Accelerando is performed at noon and 2 p.m. Saturday and at 2 and 7 p.m. Sunday (19 to 27) at the City Museum (750 North Sixteenth Street; www.circusharmony.org). Tickets are $20.

5. Honoring the King
The Fountain Park neighborhood is home to one of the oldest statues of the Rev. Dr. Martin Luther King Jr. in the metro area. Rev. King is in a dramatic pose, right arm outstretched as he preaches to the world, his church vestments billowing out behind him. Erected in 1978, the statue received much-needed refurbishment in the summer of 2018 and now stands tall and proud once again to welcome the celebrants of this year's Martin Luther King Jr. Day observance. At 10 a.m. Saturday, January 19, community leaders from Centennial Christian Church, Alpha Phi Alpha Fraternity, and community and civic leaders will participate in a peace walk that starts adjacent to the statue at 4950 Fountain Avenue, with the Jennings Warrior Marching Band leading the one-mile march. Following the walk, there will be a panel discussion in the Centennial Christian Church sanctuary on the theme of "Living the Dream: Dismantling Injustices in Community, Education & Literacy." A book-bag-and-school-supply giveaway follows the discussion. Admission is free to all. 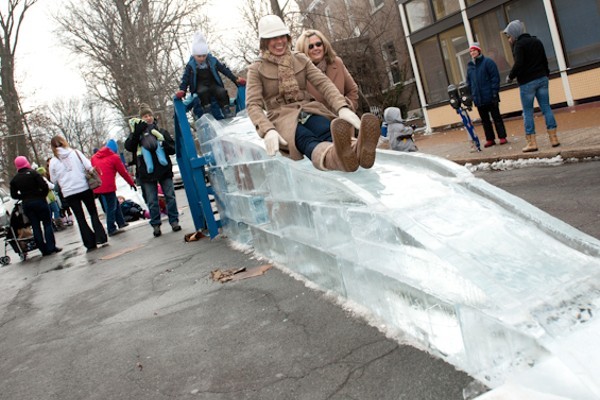 6. Hot or Cold Carnival
As frequent attendees of the Loop Ice Carnival will attest, the January event has no guarantee of cold weather. While it's sometimes frigid on the days in question, St. Louis weather is fickle; it can be tough to stay in a frosty frame of mind while the ice sculptures are sweating in 60-plus-degree heat. (If you believe the forecast, that's not going to be a problem this year.) Whatever the temperature turns out to be, the ice sculptors and their creations will line both sides of Delmar Boulevard between Kingsland and Rosedale avenues, along with the kid-favorite ice slide, trike races (for kids and parents), a bounce house and the Red Bull Rooftop Skate Park atop the Moonrise Hotel. New this year are a host of after-hours events for adults, including bar games at participating venues. The Loop Ice Carnival takes place from 11 a.m. to 5 p.m. Saturday and Sunday (January 19 to 20; www.visittheloop.com). Admission is free.

7. Pack Mentality
Sarah DeLappe's play The Wolves will appear to be familiar territory for many parents in the Repertory Theatre St. Louis' audience. In it a team of teenage girls stretch before an indoor soccer game. But the only parent nearby is the team coach, who is too hungover to pay much attention to his athletes, and the girls are free to speak honestly to each other, and about each other. As the season progresses, a new teammate, growing resentments, discussions of various boyfriends and the flashes of unexpected cruelty reveal that behind their confidence on the field, each of them is still a young woman finding her way toward adulthood. The Repertory Theatre St. Louis presents The Wolves Tuesday through Sunday (January 18 to February 3) at the Loretto-Hilton Center (130 Edgar Road; www.repstl.org). Tickets are $46 to $71.
Prev
Next