The World Naked Bike Ride Will Return to St. Louis on July 20 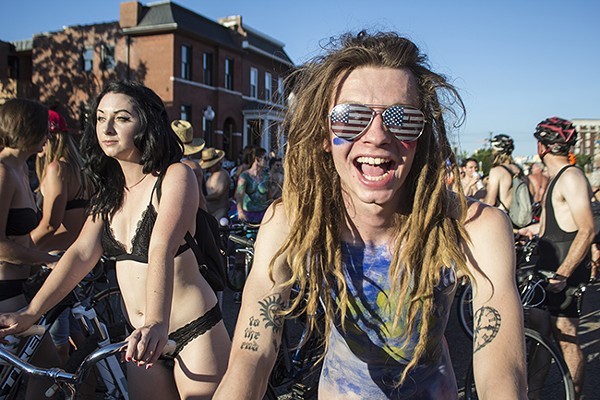 Hide your kids! Hide your wife! Or at least tell any visiting moralists to steer clear: The World Naked Bike Ride is set to return to St. Louis for its 12th year on July 20.

The First Amendment-protected celebration of free expression and freed private parts originally began in Spain as an anti-war demonstration. It's been a tradition in St. Louis since 2008, growing from humble beginnings to become permitted by the city .... and one of the largest in the country.

Sure, some people complain. Last year, some clueless family man booked his kids into an Airbnb in the Grove and was shocked — shocked! — to find himself hemmed in by cyclists baring as they dared. But for the most part, it's good sweaty fun.

So what you are waiting for? Mark your calendars. And prepare to get in on the good times ... half-dressed, heavily costumed, or totally butt naked. 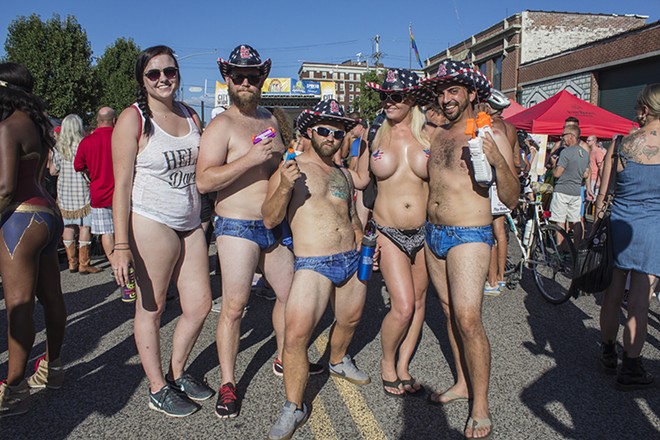