The Luminary Is Planning a Major Expansion on Cherokee Street 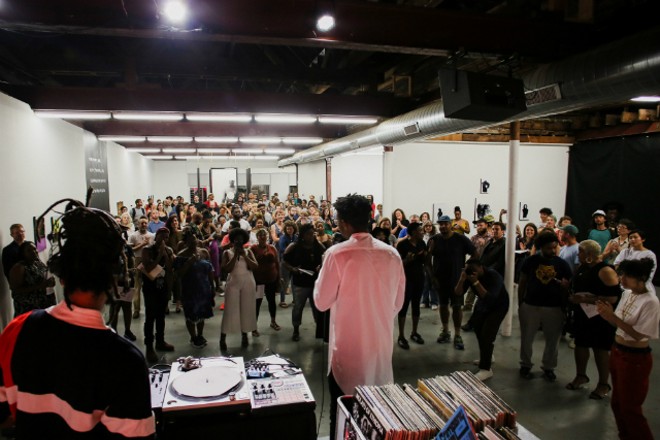 After a decade in business and four years on Cherokee Street, the Luminary (2701 Cherokee Street, 314-773-1533) has big plans for the future. The exhibition and performance space says it will soon begin a renovation project to its three-story building, adding three live/work studios, classrooms, a library, bookstore and bar.

That will mean new programs extending into the surrounding neighborhoods — and, the founders hope, new ways to bring people to the space who might not normally engage with the arts.

"We feel like our role is to be constantly pushing things forward and expanding the boundaries of what is possible," says James McAnally, who founded the Luminary with wife Brea McAnally.

The arts organization has been quietly raising money toward the $500,000 expansion for about a year. Now that they are about 80 percent of the way there, they are kicking off a public fundraising campaign for the rest.

When the couple started the Luminary in 2007, James McAnally says, they had no idea it would still be going and expanding ten years later. They quickly became known as an organization with abilities beyond its small size, pulling in national acts, including Of Montreal, in the early years. More recently, the Luminary hosted Damon Davis' much buzzed-about multimedia art show.

It has become a stalwart of not only the neighborhood's scene, but a force in the city's art world with tentacles across the globe.

Artists from 47 countries have applied for the Luminary's residency program. Over the years, the visiting artists and curators have stayed in a donated apartment about four blocks from the Cherokee space. As part of the renovation, they will now stay in new apartments on the long-dormant second floor of the Luminary.

McAnally says they only had access to the off-site apartments seasonally, and opening the larger apartments with an additional bedroom in their building will let them expand the program by about 50 percent.

Construction is expected to begin in December, and the space is scheduled to be closed through February before reopening for exhibitions in March.

Expanded programs include plans for a publication created by neighborhood kids, ages eight to fourteen, who will learn about production and new media. Another program, Counterpublic, commissions artists to create works in public places, such as parks and storefronts.

The Luminary held its tenth anniversary party last month, and McAnally says they have put a lot of thought into what the city needs from in the future.

"It was really a moment for us to think about what happened the last ten years and what we want to happen in the next ten years," he says.

For more information about the Luminary's plans and fundraising campaign, go to the organization's site. 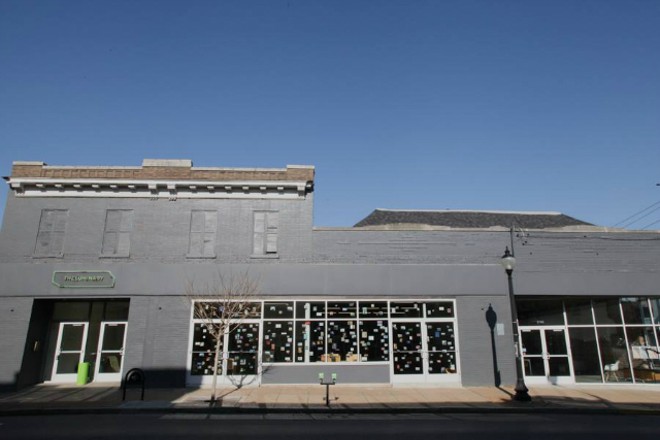 Editor's note: The story was altered after publication to remove inaccurate information about the building the Luminary took over on Cherokee and correct the name of one of the programs.