The Best Things to Do in St. Louis This Week, November 2 to 6 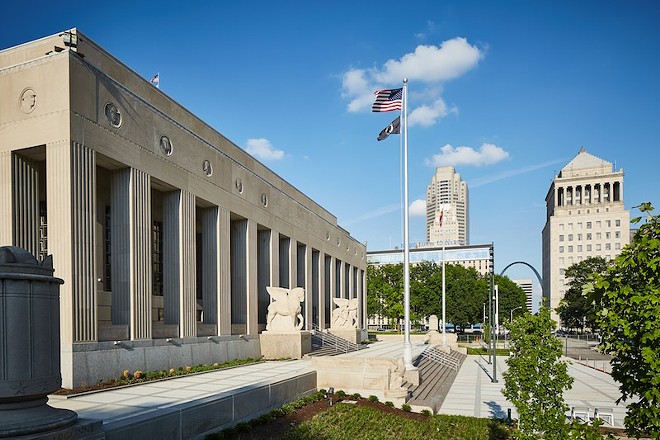 November has none of the cache of October, but it serves as a much-needed buffer between Halloween and December's frenzy. And hey, with November comes the St. Louis International Film Festival, which is now in full swing. Not a film buff? Don't worry; other options include the ballet, the reopening of the Soldiers Memorial Military Museum and one last Halloween event that also has a dash of Christmas in it.

1. Young Love
Sergei Prokofiev's ballet Romeo and Juliet may be best known for the frequently excerpted "Montagues and Capulets," a piece of music that's been sampled by everyone from Sia to A Tribe Called Quest. But within the ballet, it serves a very important moment in the story. At the onset of "Montagues and Capulets" the prince of the city orders the fighting to cease between the families, which leads into the Capulets' Ball where Juliet sees Romeo for the first time. It contains strife and young love, two big themes in the story. Listen for it when you're watching Saint Louis Ballet's production of Romeo and Juliet at 8 p.m. Friday, 2 and 8 p.m. Saturday and 2 p.m. Sunday (November 2 through 4) at the Touhill Performing Arts Center (1 University Drive at Natural Bridge Road; www.stlouisballet.org), and see how it works to bridge the gap between the warring families. Tickets are $35 to $69.

2. Like No Other Band
Guitarist Larry Parypa felt the pull of rock & roll in 1960 and decided to start a band. Little did the Tacoma, Washington, native know that more than 50 years later musicians would look to his band as a template and inspiration. The Sonics created punk rock, or maybe grunge, or garage … or any number of musical genres that rely on blistering tempos, distorted guitars and a wailing vocalist. Jordan Albertsen's documentary Boom! A Film About the Sonics features all five original members of the legendary band discussing how they got together and then changed the face of popular music without really meaning to do so. Boom! also includes interviews with the band's famous fans, including Nancy Wilson (Heart), Mark Arm (Mudhoney) and Mike McCready (Pearl Jam). Boom! is shown at 7:30 p.m. Friday, November 2, at the Stage at KDHX (3524 Washington Avenue; www.cinemastlouis.org) as part of the St. Louis International Film Festival. Tickets are $10 to $13.

3. For Those Who Gave All
After two years of renovations, the Soldiers Memorial Military Museum is ready to welcome the public. The $30 million project revitalized its exterior and interior, while also bringing the 50-year-old structure in line with ADA requirements. You can get your first look at the interior on Saturday, November 3, at the Grand Reopening Ceremony, just in time for Veterans Day. The ceremony starts at 9 a.m. with a musical performance honoring veterans. At 10 a.m. keynote speaker Brigadier General Jeannie M. Leavitt (a St. Louis native who was the first female fighter pilot in the U.S. Air Force, as well as the first woman to command a USAF combat fighter wing) officially opens the museum. Soldiers Memorial now has increased exhibition space and two new exhibits: St. Louis Service, which documents St. Louis' military history from the Revolutionary War to today's international conflicts, and World War 1: St. Louis and the Great War. Both exhibitions feature numerous historical artifacts, interactive displays and oral histories. The Court of Honor across the street from the museum has also been revamped to include memorials to St. Louis service people who died in the Vietnam War, Korea, Iraq and Afghanistan. Admission to Soldiers Memorial is free. 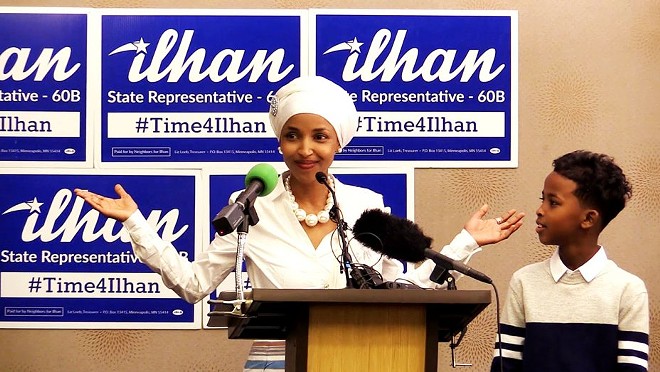 4. They Kidnap Sandy Claws
Halloween is officially wrapped up for another year, but no matter. Jack Skellington, the king of Halloween Town, wants to try his hand at Christmas, which seems more jolly than his usual work. Henry Selick and Tim Burton's stop-motion animated musical The Nightmare Before Christmas is a favorite of kids who like a little scare and adults who love Halloween and musicals, which makes it an excellent family film. But have you ever seen it with the music performed live by the St. Louis Symphony? Conductor Gemma New leads the SLSO through Danny Elfman's score while the film plays on the big screen at 7 p.m. Friday and Saturday and 2 p.m. Sunday (November 2 to 4) at Powell Hall (718 North Grand Boulevard; www.slso.org). Broadway star Ken Page, the St. Louis native who provides the voice of Oogie Boogie in the film, will be present at all showings. Tickets are $35 to $73.

5. Madam Candidate
Ilhan Omar became the first Somali Muslim woman elected to state office in America in November 2016, proving that the American dream was still alive. How the hijab-wearing, first-time candidate won her race is chronicled in Norah Shapiro's documentary Time for Ilhan. Facing both cultural chauvinism (politics is a male-only arena in Somali culture) and her adopted country's hostility to both people of color and immigrants, Omar based her campaign on principles and hard work. Time for Ilhan screens as part of this year's St. Louis International Film Festival at 4 p.m. Sunday, November 4, at Washington University's Brown Hall (Forsyth and Skinker boulevards; www.cinemastlouis.org). Tickets are $10 to $13. 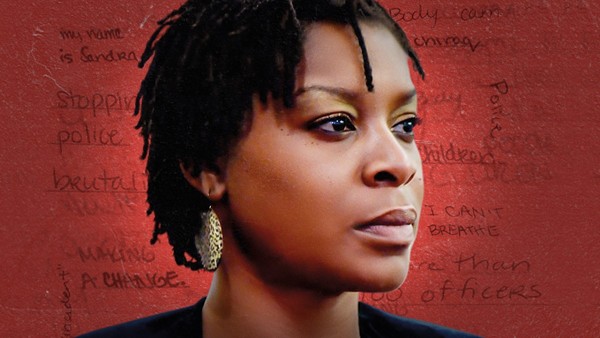 6. Jailhouse Crock
Sandra Bland became a national concern when she was found dead, hanging from a noose in a Texas jail cell. What happened to the politically active young woman from Chicago? The police pulled her over for failing to signal a lane change, and the situation escalated to Bland being taken into custody. Three days later she was dead. Ten days after her death, filmmakers Kate Davis and David Heilbroner began documenting the two-year investigation with the legal team hired by the family. Did Bland kill herself, as the police allege, or was she killed in jail? Davis and Heilbroner's documentary Say Her Name: The Life and Death of Sandra Bland contains new, unsettling details about the case as well as footage of Bland discussing her life and thoughts about race in America. Say Her Name is part of the St. Louis International Filmmakers Festival, and is shown at 4:30 p.m. Sunday, November 4, at the Landmark Tivoli Theatre (6350 Delmar Boulevard, University City; www.cinemastlouis.org). Tickets are $10 to $13.

7. The Way of Tau
Twenty years ago the remote town of Marseilles, South Africa, was under the iron fist of a remorseless police force. Its only opposition came from the Five Fingers, a young group who fought fire with fire. The most fiery of the bunch is Tau, who killed two officers and has just been released from a long stretch in prison. Despite his reputation as a ruthless outlaw, Tau has forsaken his violent youth and wants only to resume a normal life in Marseilles. Unfortunately, modern Marseilles hasn't changed all that much, and maybe Tau hasn't either. South African director Michael Matthews grafts the mythology of the American Western onto Apartheid-era South Africa in his stylish and violent Five Fingers for Marseilles. It screens as part of the St. Louis International Film Festival at 9:30 p.m. Monday and noon Sunday (November 5 and 11) at the Landmark Plaza Frontenac Cinema (1701 South Lindbergh Boulevard; www.cinemastlouis.org). Tickets are $10 to $13. 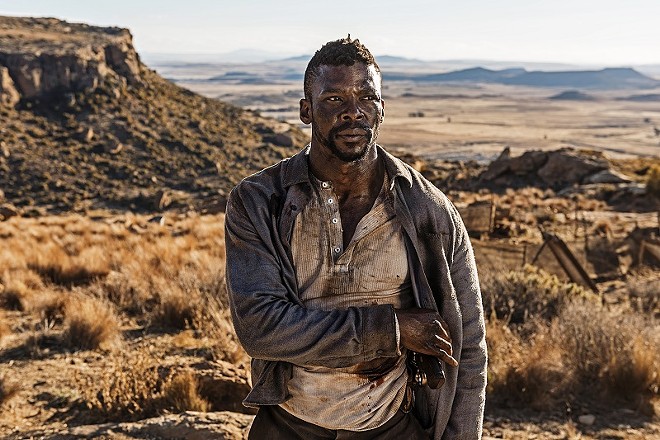 8. Life with Lenny
Leonard Bernstein left his fingerprints all over the twentieth century. He forged a path for American conductors to follow, he composed some of the most popular music of all time and he partied with the Kennedys in Camelot and John Lennon at home. Jamie Bernstein, Leonard's eldest daughter, wasn't focused on her father's celebrity or prodigious musical talent. He was instead Dad, who smelled of cigarettes and started composing at 4 a.m. while still in his battered bathrobe. 2018 is the centenary of Leonard Bernstein's birth, and in his honor Jamie has written Famous Father Girl: A Memoir of Growing Up Bernstein. In it the younger Bernstein sheds insight on the private life of the man who taught her to value all that was beautiful in the world, whether it was Beethoven or the Beatles, the world of art, or the simple joys of good friends and good times. The St. Louis Jewish Book Festival welcomes Jamie Bernstein, who will discuss her book and her dad at 1 p.m. Tuesday, November 6, at the Jewish Community Center (2 Millstone Campus Drive, Creve Coeur; www.stljewishbookfestival.org). Tickets are $20.