The Loop Trolley Has Rules for Riders, Assuming They Ever Get Any 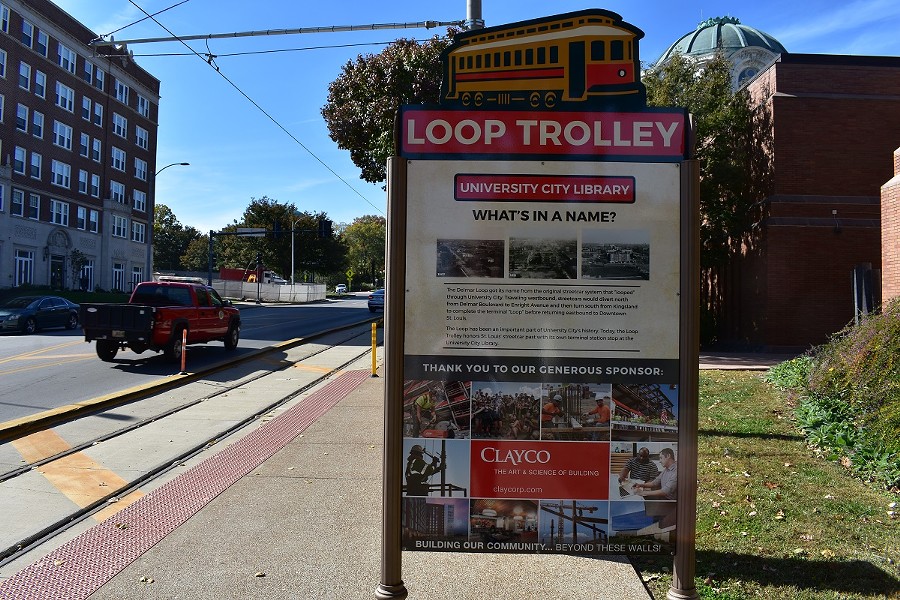 Any day now the Loop Trolley will roll into action, to the shrieks and cries of the delighted neighborhood. And that day might be soon at hand, because a series of informational signs have sprouted near several of the stops, the better to inform future riders.

Side one has a price list, hours of operation and a handy map of the route (it's in the shape of a capital "L"; try not to get lost). It's $2 for a two-hour trip, or $5 for the whole day. Because the trolley was built with government money, the trolley itself qualifies as a government employee and only works Thursday through Sunday. Side two has a shout-out to Clayco, because without a little cash injection there at the end, would the trolley even exist?

(Does the trolley even exist? If a trolley crashes into a parked car on Delmar and there are no riders to Instagram it, did it really even happen?)

Pay attention to the fine print underneath the price list, which notes that Loop Trolley ticket machines don't give change. Instead, you get an "overpayment voucher" you can mail to the Loop Trolley Company to receive your refund. Is the Loop Trolley actually a Rube Goldbergian means of generating business for the U.S. Post Office? If so they sure went about it in a roundabout way (hey-yo!).

But the real meat-and-potatoes of the sign are the Trolley Rules, which will go down in history with Hammurabi's Code of Laws, the Magna Carta and the 7Eleven Credo of Man ("No shirt, no shoes, no service") as one of the great legal documents of Western civilization.

There are ten trolley rules (do we sense the hand of the divine?), which must be obeyed at all times. They range from the obvious — no smoking, no soliciting — to the seemingly difficult to prosecute. 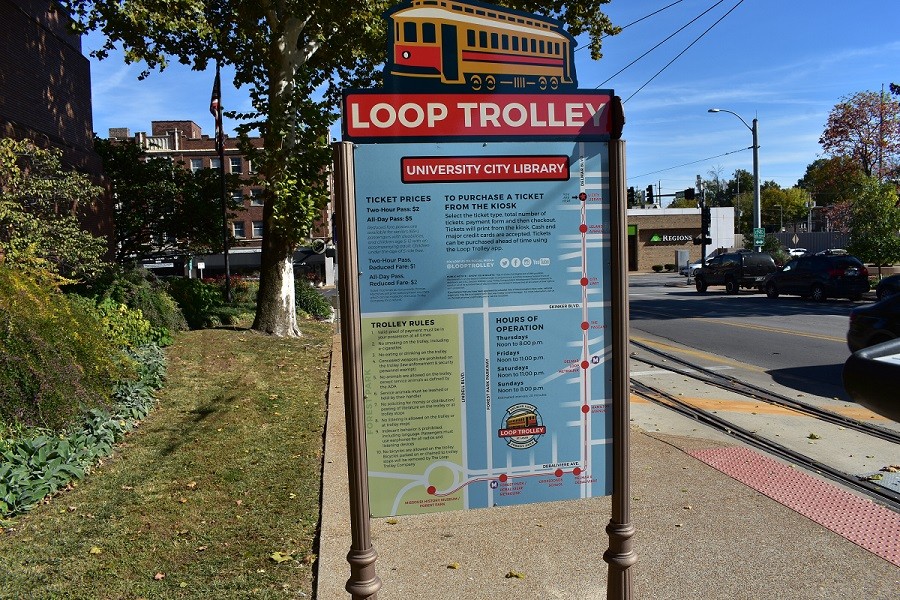 Here is the complete set:

No. 1: Riders must be able to produce a valid proof of payment at all times. A solid, straightforward rule and a good start to any list.

No. 2-6: All that is good is banned from the trolley: food, drink, cigarettes, e-cigarettes, concealed weapons, pets (excluding service animals; just wait 'til the trolley meets our service peacock). No word on drugs or alcohol, oddly. Wait, is the trolley going to have a cabin attendant with a little drink cart? This. Changes. Everything.

No. 7: No panhandling, or handing out flyers. Apparently the trolley will be the sole place in the Loop where you won't be accosted by people with clipboards or the same six people who still need your spare change. Opinion of trolley project ... rising?

After that, things get a bit more interesting:

No. 8: "No littering is allowed on the trolley or at trolley stops." Anyone who's ever walked through the Loop early on a summer Monday morning knows it has a wall-to-wall carpet of take-out containers, plastic packaging and RFTumbleweeds. Littering is St. Louis' second-favorite sport, and unless the Trolley hires some old-timey railroad bulls to mete out savage justice (which seems like more of a Cherokee Trolley kind of amenity, really), that wave of shit is going where it wants.

No. 9: "Indecent behavior is prohibited, including language." What is this, the Vatican? Longtime followers of the Trolley's Long Day's Journey Into Night know that the Trolley has actually increased swearing during its elephantine gestation, and leading swearologists (they're fucking scientists, man!) predict those numbers will continue to rise once the goddamn thing actually starts running. As for the indecent behavior clause, my client Szilveszter Matuska has been dead for some time, your honor.

Finally, rule No. 10 should come as no surprise to cyclists: "No bicycles are allowed on the trolley. Bicycles parked on or chained to trolley stops will be removed by the Loop Trolley Company."

Presumably you'll be given a bicycle voucher which you can mail to the Loop Trolley Company, at which point your bike will be mailed back to you within eight to twelve weeks. Frustrating for public transit users, maybe, but this thing is definitely going to be a boon to the postal service.