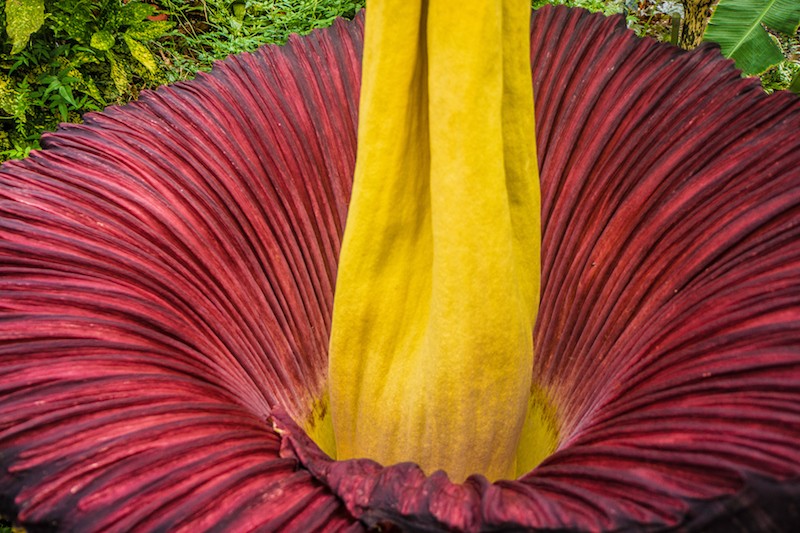 Only the Linnean House will be open. So head on over and get a smell!

It's huge. It smells horrible. It's probably a good thing that it's only in possession of its full powers for 24 hours — otherwise, we humans would probably be intent on killing it, and all its descendants. But since Amorphophallus titanum is only in its full glory for something like one day? Instead of killing it, we stand in line just to get a toxic-smelling whiff.

The Missouri Botanical Garden has been in possession of an Amorphophallus titanum — also known as titan arum, also known as the "corpse flower" — since 2008. The eerie, stinky, giant-ass plant, given its name for its horrendous, death-like smell, can grow to ten feet tall, making it biological world's largest unbranched group of flowers arranged on a stem.

MoBot's corpse flower began blooming four years after its arrival. Since then, it's produced what the garden calls an "unprecedented" eight flowerings.

For all its size, you see, it's a delicate snowflake of a plant, blooming only rarely, and under just-right conditions. When those are met, it "sends up one long, rolled-up leaf that unfurls its umbrella-like blade during a period of about three weeks," as the garden explains. "The inflorescence, a giant flowering structure, opens quickly; often in just a couple of hours. It maintains its full form for about three to five days, with peak bloom (and the awful odor) lasting about 24 hours." 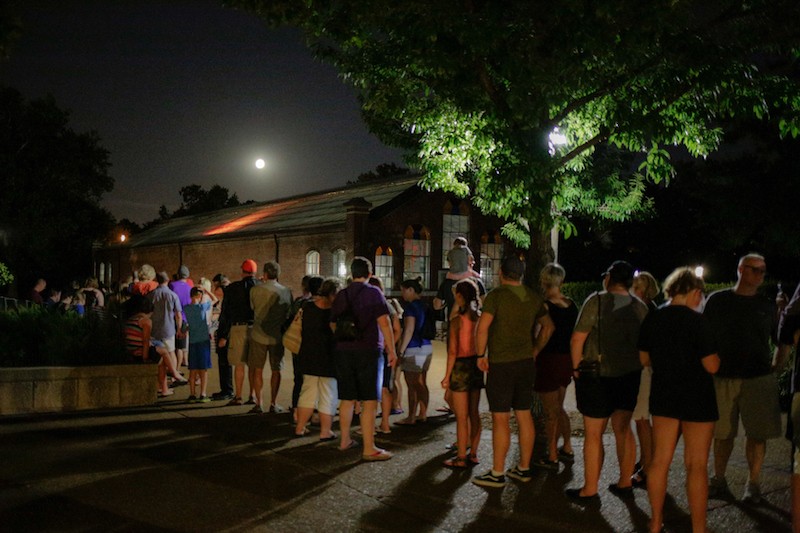 And during that time of maximum stinkiness, the corpse flower is a bona fide event. The garden opens during the evening, and people stand in line to get a whiff. (The corpse flower is located in the Linnean House inside the garden; daytime viewing is included in regular admission.)

MoBot says the leaf generally lives for about a year before the plant goes into a dormant period. So no need to get out the axe or the scythe. This thing may be right out of a horror movie, but it will die all on its own.

(The plot twist, of course, is that it just won't stay dead. Shudder.)

MoBot says that all signs suggest the corpse flower should be blooming in about a week. Keep an eye on its Twitter feed for the very latest in freaky, stench-filled developments. Or maybe just run for the hills. 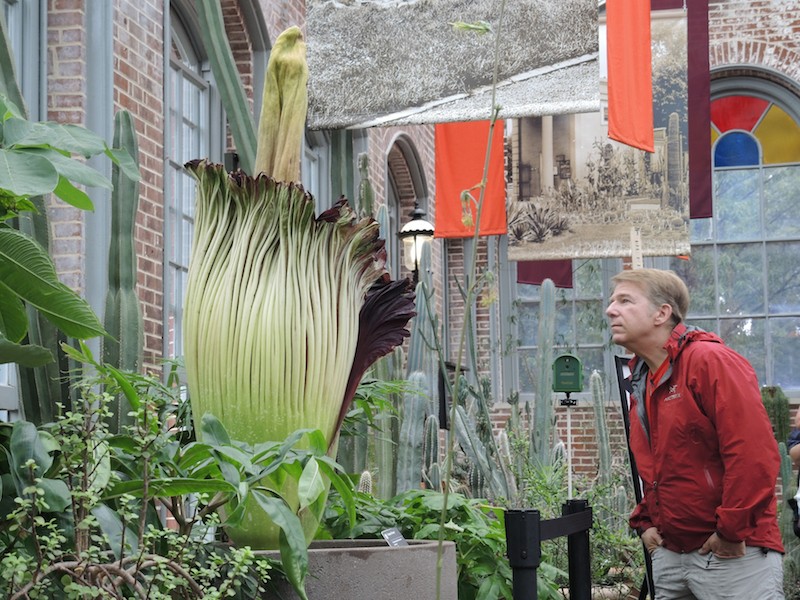