The Best Things to Do in St. Louis, August 30 to September 5 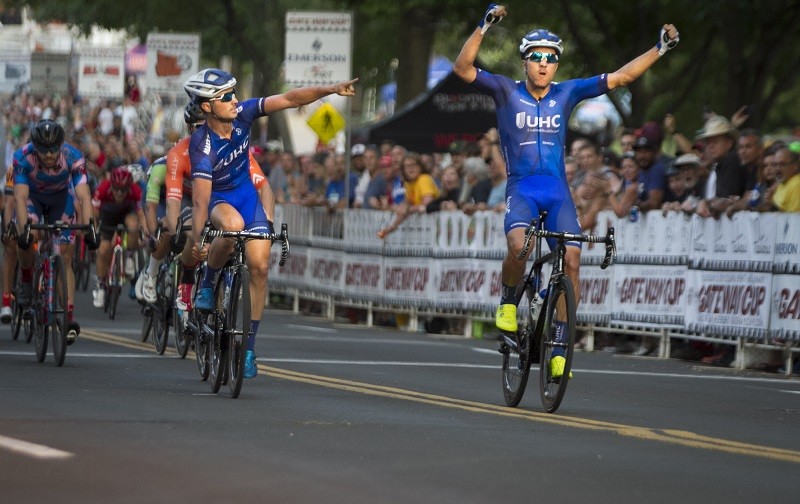 This is it, the three-day weekend we've been waiting for since the Fourth of July went by in a blur of hot dogs, beer and small explosions (both black-powder powered and hot-dog powered, thankyouverymuch). Will you while away your extra day on the couch, or will you get out and partake of the weekend's various festivals? Choose wisely, friends.

1. Four Plays; Audience Wanted
Stray Dog Theatre is currently between seasons, but the company's New Works Laboratory is just getting started. As part of Stray Dog's outreach mission, the company solicits and presents new plays every year for its Short Play Festival. The plays are performed for free in front of a live audience, which is then asked to respond honestly to what they've seen. Their feedback is crucial for the playwrights; if something doesn't work, or needs further development, this is how they learn about it. And if the play is pretty much ready to go as is, the writers will be happy to know that, too. This year's Short Play Festival takes place at 8 p.m. Thursday through Saturday (August 30 to September 1) at the Tower Grove Abbey (2336 Tennessee Avenue; www.straydogtheatre.org). Karen Saari's "Joyland" and Alyssa Ward's "Life Ever After" are the first act, and "Lights in the Sky" by Courtney Taylor and "MARGE" by Lawrence E. Mooney comprise the second. All four plays will be performed each night. Admission is free, but reservations are recommended.

2. Into the Underground
The ancient Egyptians possessed a rich and shifting mythology that saw old gods become associated with new ideas as their civilization aged. Osiris went from being exclusively a deity for the wealthy to one who was worshiped by all. He represented the seasonal cycles, rebirth and the flooding of the Nile as well as eternal afterlife and the underworld. It's fitting, then, that this month's SLAM Underground at the Saint Louis Art Museum (1 Fine Arts Drive; www.slam.org) is all about the mysteries of Osiris, ruler of the underworld. Guests can enjoy signature cocktails while making art and enjoying music and games that relate to the vast cult of Osiris. SLAM Underground takes place from 7 to 10 p.m. Friday, August 31, and admission is free. 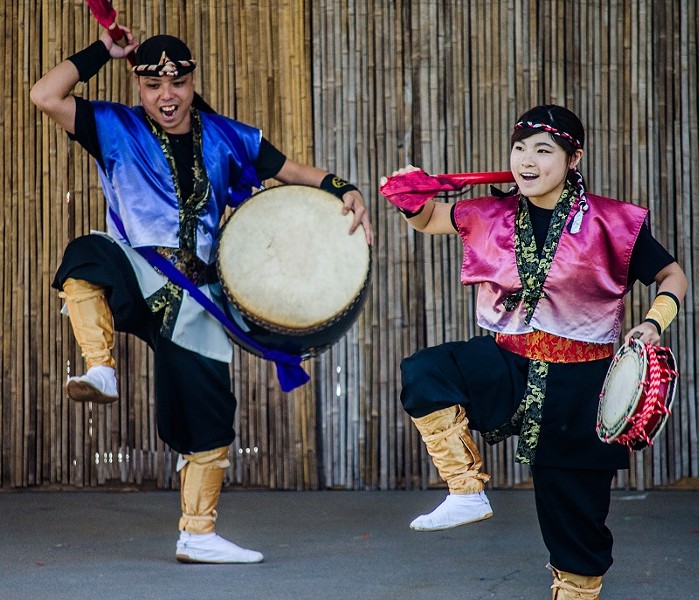 3. It's Big in Missouri
Japan is a long plane flight from St. Louis, but the next best thing to a visit might be the Missouri Botanical Garden's Japanese Festival. The three-day celebration of both high and low Japanese culture features traditional food, tea ceremonies and martial-arts demonstrations, as well as folk dance and storytellers, classical Japanese court music and the thunderous sound of Taiko drums. Of special note are the Chindon Japan All-Stars, a combination marching band/mobile theatrical company. Chindon originated as a form of advertising, with the company literally drumming up business. The All-Stars will lead pop-up processions through the garden all weekend. This year's fest takes place from 10 a.m. to 8 p.m. Saturday and Sunday and 10 a.m. to 5 p.m. Monday (September 1 to 3) at the Missouri Botanical Garden (4344 Shaw Boulevard; www.mobot.org). Tickets are $7 to $15.

4. Love in Action
Grand Center has seen a recent reenergizing thanks to the reopening of the Grandel Theater and the debuts of the Marcelle Theater and .Zack. At 7:30 p.m. Saturday, September 1, the Grandel plays host to the Kranzberg Arts Foundation's resident artists and companies as they present Labor of Love, a variety showcase that serves as both an advertisement for their work and a benefit for forthcoming productions. Consuming Kinetics Dance Company, bassist extraordinaire Tonina and New Line Theatre Company will all perform, while Terry Barber acts as the evening's host. The show takes place at the Grandel Theater (3610 Grandel Square; www.kranzbergartsfoundation.org), and tickets are $22 to $150.

5. Four Races, with Lime
For more than three decades the Gateway Cup has rolled four days of competitive bicycle racing into four St. Louis neighborhoods, but this year a fifth race appears. In addition to races in Lafayette Park (on Friday, August 31), the Hill (Sunday), and Benton Park (Monday), on Saturday, cyclists go to Francis Park (Eichelberger Street and Donovan Avenue; www.gatewaycup.com). As usual, the Tour de Francis race will have riders zipping around the perimeter of the park on a rectangular course, divided by age group and experience level, beginning at 11 a.m. But this year, immediately following the conclusion of the Men's Pro division, bike-share enthusiasts will compete in the Prime Time Lime Race ($35 registration fee). Cyclists begin the race on foot just before the course's fourth turn, and then run/sprint/walk to a mass of Lime Bikes waiting at the starting line. You have to download a special race code to unlock a bike, then ride hard for two laps to victory. There will be prizes for the top five finishers in the men's and women's categories, with two special ones up for grabs: the most impressive performance and the "most Lime" participant. Interpret that how you will.

6. Summer Is Opa!
There are numerous ways to spend the last weekend of summer, but none will leave you as well fed as the St. Louis Greek Festival at St. Nicholas Greek Orthodox Church (4967 Forest Park Avenue; www.opastl.com). Now in its second century, the festival is jam-packed with food, traditional Greek dance and music — but seriously, don't miss the food. Famous for both the quality and quantity of its concessions, the Greek Fest sets a heavy table, from the delicate spanokopita to the burly pastitsio (baked pasta with ground lamb and béchamel sauce), and expects you to come hungry. Once you've hit the air-conditioned dining tent, you can tour the historic church and browse the market. The St. Louis Greek Festival takes place from 11 a.m. to 9 p.m. Saturday and Sunday and 11 a.m. to 6 p.m. Monday (September 1 to September 3); the Athens on the Street kick-off party from 11 a.m. to 9 p.m. Friday, August 31, is a slightly scaled-down version of the fest. Admission is free.

7. It Ain't Ozzie and Harriet
H.I. McDunnough is what they call a "recidivist criminal," but he's trying to go straight. The former corner-store robber has married police officer Edwina and settled down to live a decent life, but their infertility throws a wrench in the works. Ed wants to raise a child, and so they abduct one of the Arizona quintuplets (born to Nathan and Florence Arizona, of the Arizona's Unfinished Furniture empire) and try to pass him off as their own. The sudden arrival of H.I.'s old jailbird friends Gale and Evelle endangers their scheme, as does the bounty hunter Leonard Smalls. Raising a kid ain't easy, but stealing a kid and holding on to him is even tougher in Raising Arizona. The Coen Brothers' brilliant comedy stars Nicolas Cage, Holly Hunter, John Goodman and Frances McDormand. It's one of the funniest films you'll ever see. The Strange Brew film series shows the movie at 8 p.m. Wednesday, September 5, at Urban Chestnut's Grove Brewery (4465 Manchester Avenue; www.webster.edu/film-series). Tickets are $5.