Nine years ago, the Improv Shop was little more than a gleam in Kevin McKernan's eye. "I just wanted a place to do improv because I liked doing it myself," he says. He started teaching improv classes; a year later, his troupe started giving regular performances at the Tin Can Tavern downtown.

And from there, things slowly — but, really, exponentially — took off. The group moved from rooms inside or above bars to a leased space of its own and then finally, last year, the organization bought the former R Bar and opened a permanent location on the edge of the Grove neighborhood. Today, the Improv Shop hosts shows five nights a week, sometimes as many as four shows on each of those nights, and teaches classes the other two nights. That's in addition to operating a restaurant and bar (in addition to ten teachers, the place has a staff of twenty).

But this fall, the Improv Shop plans to take its biggest step yet — an expansion to Kansas City. McKernan, the organization's owner, says they'll be opening inside a downtown Kansas City watering hole called miniBar (3810 Broadway Street, Kansas City), hosting weekly improv performances as well as offering intensive classes on the weekends. 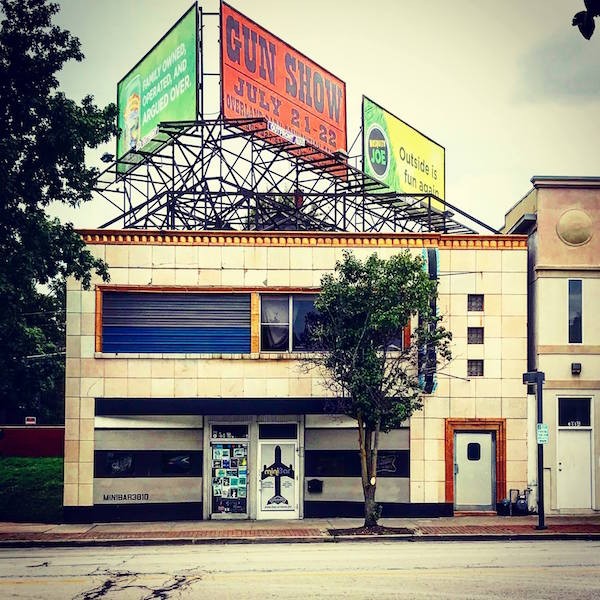 The idea is that the people who learn at the classes could eventually become performers, leading to more shows and interesting, experimental performances. That's basically what happened in St. Louis over the last eight years — and its trajectory shows no sign of slowing down.

And while McKernan isn't getting ahead of himself, he can see potential for similar growth in Kansas City. "We've grown very organically here in a way that feels very nice," he says. "We felt that what we were doing here would complement the scene that's already there."

The roots of the new branch are in two former St. Louis improv guys, Bobby McCosky and Bryan Fornachon. Each moved to Kansas City for unrelated reasons, and now they'll be anchoring the new location, with McKernan, who's kept his day job as a speech and improv teacher at Saint Louis University High School, coming in for semi-regular weekend sessions.

McKernan sees potential for the city to swap performers. "Once every few  months in St. Louis, a Kansas City team will come here, and then we'll see a team to Kansas City," he says. "It feels like it could be a really cool connection."

He says so far, the Improv Shop's westward expansion has gotten a warm welcome from groups in Kansas City. "There's so much cool stuff going on there," he says, "and there are improv performers who want to try what we're doing."

For more info on the Improv Shop's KC classes, check out its website.