Phoenix Rising, the Coolest Shop in the Loop for 26 Years, Is Closing 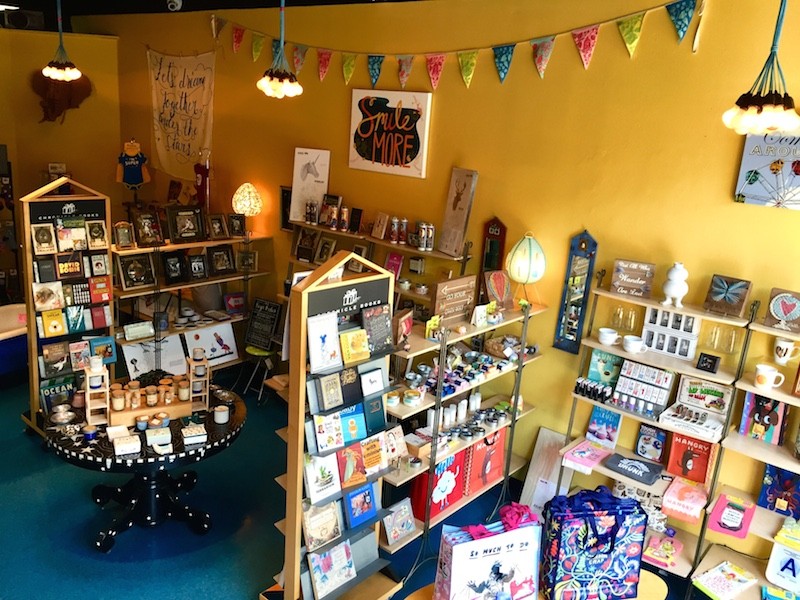 For 26 years, Phoenix Rising (6331 Delmar Boulevard, University City; 314-862-0609) has been the smart shopper's go-to gift source, selling everything from artisan jewelry to funny onesies. But earlier this week, the store announced it would be closing at month's end.

"After much heartfelt consideration, I have decided to close phoenix rising at the end of the month," owner Carrie Drda wrote on Facebook. "Many thanks to all of you funny, smart, generous, and kind people who have made this such a wonderful experience — it has been my great pleasure to be a part of your lives for the last 24 years."

A frequent Best of St. Louis winner (and we mean frequent!), Phoenix Rising was also one of our picks for last year's feature on "40 Shops We Love." Its success even led to an off-shoot — the beloved Ladue shop City Sprouts, which grew out of the baby section at Phoenix Rising.

Drda's mother, Sally, founded Phoenix Rising back in 1991, and after her death just a few short years later, Drda and her sister Molly Curlee took over. Later, when the children's section took off, it was Curlee who had the vision to spin off City Sprouts, Drda says.

Now Drda will be rejoining her sister at that store. "We're coming full circle and I'm thrilled to join her there and work together again," she tells the RFT. "After that, who knows? Let's see what rises from the ashes, ha ha!"

Drda says her main reason for closing up shop is the changing character of the Loop, which has been noted by other retailers whose departure preceded hers. "At the end of the day, the climate of the loop has shifted to more of an entertainment zone than a shopping district — the balance is out of whack and I don't see it changing anytime soon," she says. "But there are still some solid retailers and I wish them all the best."

And what about the Loop trolley, which subjected business owners on the street to two years of construction and disruption, yet still hasn't start running two years later? Drda admits it's a factor.

"I think it was a solution in search of a problem from the beginning, and now it's just a problem," she says. "I don't want to bad-mouth the whole thing on my way out but will say that the construction had a pretty devastating impact on business and it's been hard to get it back."

She adds, "I wanted to hold out for the trolley but I'm over it. And the irony isn't lost on me — waiting for something to start that will supposedly revitalize the area is actually one of the (many) things that caused the problems in the first place."

But she's not bitter. Says Drda, "I've basically grown up here and have loved every bit of it (well, almost). I'm sad to leave this place that has been my home and all the great and interesting people I have met, but I'm definitely looking forward to a new adventure."