The Best Things to Do in St. Louis This Week, July 26 to August 1 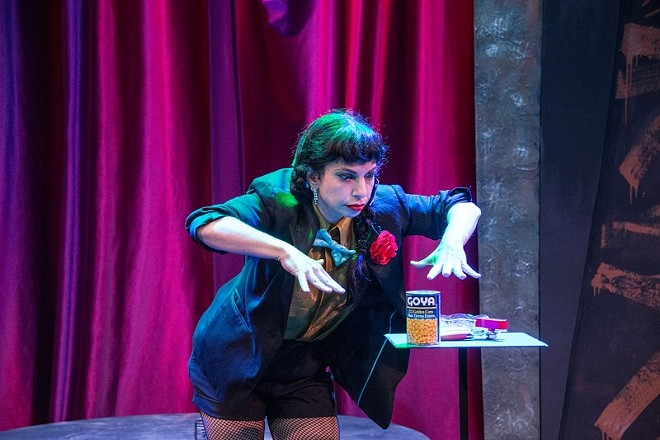 Well hello, August. It's a mid-size bag of goodies this time around, but those goodies are plus-size, baby. There's an epic opera, the "greatest musical ever written" and the debut of a festival devoted to the people who make things inspired by their favorite fandoms.

1. Death looms, even in the suburbs.
John and Pony Jones have moved to the suburbs, which is where they meet Bob and Jennifer Jones. Bob and Jennifer are a little bit older, and perhaps that's what makes the quartet’s conversations so rife with awkward pauses and unexpected pronouncements. Or maybe it's the unnamed disease Bob has contracted that tinges their conversations with darkness. The threat of death has a way of making even the most pleasant evening morbid. Will Eno's play The Realistic Joneses is a play about everyday life — and the grim ending we must all face but never discuss. Rebels and Misfits Productions present The Realistic Joneses at 8 p.m. Wednesday through Saturday and at 3 p.m. Sunday (July 25 to August 12) at the Jewish Community Center's Wool Studio Theatre (2 Millstone Campus Drive; www.rebelsandmisfitsproductions.com). Tickets are $40 to $45.

2. Mama knows best?
Rose Horvik only wants what's best for her daughters, and in her mind that means toiling on stage in broken-down theaters until they become stars. June and her little sister Louise grow up dreaming of a normal life, but Rose is undeterred by their dreams or the disinterest of theater managers and audiences across the country. Is Rose a selfish monster living vicariously through her kids, or his she a tragic figure who sacrifices her own happiness and future to get her kids to the top? That's the question at the heart of the musical Gypsy, which is frequently called the "greatest musical of all time." The Muny presents Gypsy at 8:15 p.m. Friday through Thursday (July 27 to August 2) at the Muny in Forest Park (www.muny.org). Tickets are $15 to $100.

3. She-zam!
Magicians — no, hear us out — magicians don't get enough respect. They practice an old craft that relies on physical skills and deception to create a sense of wonder, even though many people are quick to dismiss it as "kid's stuff." Great magicians make you question your own eyes, and when they're really good, even doubt your own sanity. Tanya Solomon is one of the few women in the field, and she blends the astonishing and the absurd to great effect. She grabs living fish from the ether, changes her outfits in two blinks of your eyes and does things with creamed corn that defy belief. Solomon brings her show Truth Assassin to the Monocle (4510 Manchester Road; www.themonoclestl.com) at 8 p.m. Friday, July 27. Tickets are $10 to $15. 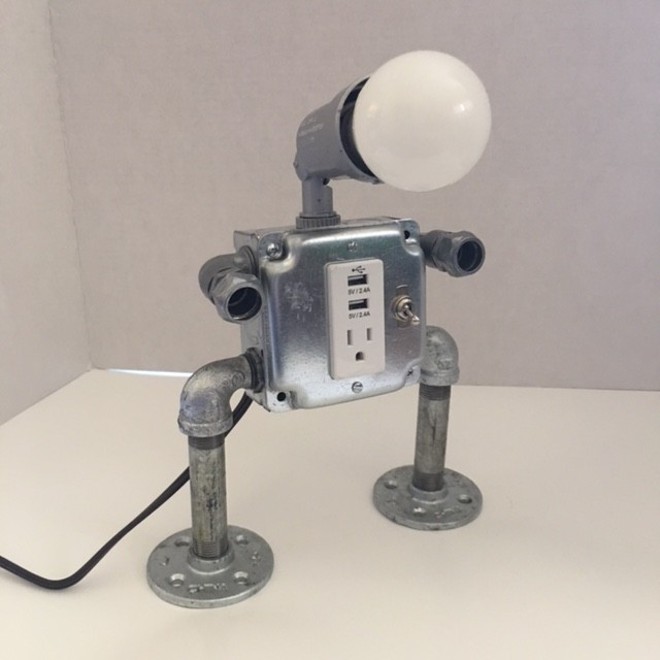 4. Pop-culture fans sell out.
The GeekCraft Expo is a traveling show of handmade goods that display a fascination with pop culture. You may encounter crocheted Star Wars characters in miniature, a robot-shaped lamp made of pipe fittings or science fiction-themed baby gear, all made by hand.
"The idea is that I wanted each individual show to be a focal point that complements the local scene," GCE co-found Daniel Way explains. "The attendees buy from local businesses. That's an important part of it.”
"It's genuinely fun," Way promises. "A bunch of geeks get together and have a great time. You may be way into Doctor Who and they may be way into Gundam, but you understand each other."
Way is convinced that the appreciation and respect paid to vendors powers the GeekCraft Expo. “One-hundred percent of our attendance is there for them," he marvels. "We've seen this work all over the country. The geek community shows up, the DIY people show up and the 'support local business crowd' shows up.
GeekCraft Expo St. Louis takes place from 10 a.m. to 5 p.m. Saturday and 10 a.m. to 4 p.m. Sunday at the Grant Gym, inside the Webster University Center (175 Edgar Road, Webster Groves; www.geekcraftexpo.com). Admission is free.

5. It's a Biblical epic!
The Babylonians are marching to destroy the Jews, but Zaccaria, high priest of the Jews, believes his people will be saved by God's favor. Besides, they have Fenena as a hostage, and King Nabucco isn't going to risk losing his favorite daughter. Meanwhile, in the palace, Nabucco's lesser daughter Abigaille is plotting to usurp her father's throne while he's away waging war. Yet even as Babylonia's royal family fights against itself, the Jews reap the rewards of faith as surprise conversions and a sudden bout of madness visited upon Nabucco aids their cause. Union Avenue Opera continues its season with Giuseppe Verdi's epic opera Nabucco, presented in the original Italian with English supertitles. Performances are at 8 p.m. Friday and Saturday (July 27 to August 4) at the Union Avenue Christian Church (733 North Union Boulevard; www.unionavenueopera.org). Tickets are $30 to $55.

6. But Santa, what yellow feet you have.
There hasn't been a whole lot for Cardinals fans to celebrate this year, but there's always hope for a Christmas miracle. The Monday, July 30, game against the Colorado Rockies features a Christmas in July promotion, which includes costumed Christmas characters mingling with fans before the game and a special Santa Fredbird bobblehead for those who buy the special promotions ticket ($20.90 to $144.90). What if Santa Fredbird becomes this year's Rally Squirrel and sparks a second-half resurgence? A Rally Fredbird makes way more sense as a lucky charm than a tree rat. The game starts at 7:10 p.m. at Busch Stadium (Broadway and Poplar Street; www.stlcardinals.com), and non-promotions tickets are $10.90 to $234.90.

7. $50 says the Smails kid picks his nose.
Golf is one of life's small mysteries. The game is perceived to be both exclusionary and elitist, yet thousands of normal people love it. It's this conundrum that fuels the laughs in the classic comedy Caddyshack. Danny Noonan (Michael O'Keefe) is a poor kid from a big family who works as a caddy at a ritzy private golf club. He's angling for the club's scholarship for exceptional caddies, but his grades aren't that great. So he takes the other route to success, schmoozing with club big-wig Judge Smails (Ted Knight) while taking life advice from noted playboy/philosopher Ty Webb (Chevy Chase). The result is one of the most quotable films of all time. The Strange Brew film series shows Caddyshack at 8 p.m. Wednesday, August 1, at Urban Chestnut's Grove Brewery & Bierhall (4465 Manchester Avenue; www.webster.edu/film-series). Tickets are $5.