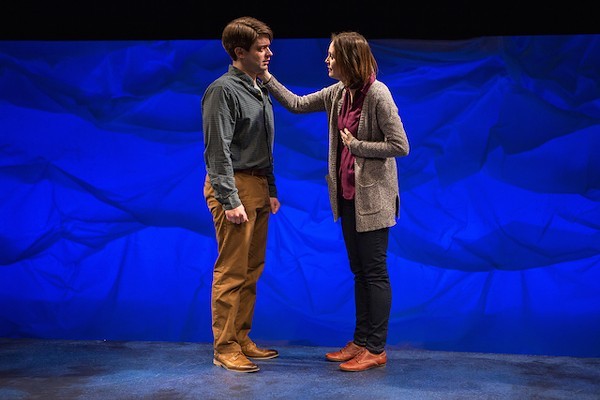 The Repertory Theatre St. Louis has announced two-thirds of its "studio" season productions, which serves as the counterpoint to its more populist "mainstage" series.

First up is Joshua Harmons' topical drama Admissions, the winner of the 2018 Drama Desk award for most outstanding play. It's about a prep-school admissions director committed to diversifying the student body. She's blindsided by her teenage son's belief that her progressive beliefs are a form of discrimination against white men and deny opportunities to students such as himself. Before she knows it her own family's privileges are on display and under attack.

Nonsense and Beauty is a world premiere written by Scott C. Sickles. It's inspired by English novelist E.M. Forster's long-term relationship with much-younger, married police officer Bob Buckingham. Forster introduced both Mr. and Mrs. Buckingham to his social circle, in the process embarking on a love triangle that endured four decades, from 1930 to Forster's death in 1970. Forster's novels (A Room with a View, A Passage to India) are driven by his belief in the primacy of genuine human connection in a world divided by matters of class and social strictures. In Nonsense and Beauty, his own relations take center stage.

Admissions will be performed October 24 to November 11 in the Rep's blackbox theater (the one in the basement of the Loretto-Hilton Center). Nonsense and Beauty runs March 6 to 24. Studio series single tickets go on sale Tuesday, September 4.