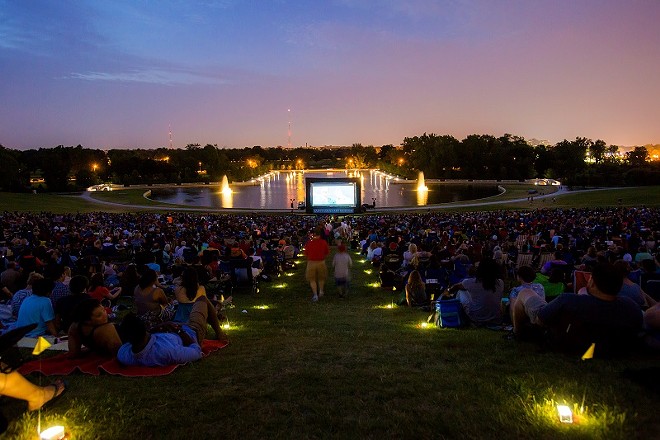 Sunday marks the mid-point of July, which means we're blowing right through this summer. This week brings us a charity taco race, the return of Maplewood's art/street festival Let Them Eat Art and the first week of the St. Louis Filmmakers Showcase. Not a bad haul for the dog days of summer.

1. Return to Maplewood for art and lucky thirteen fun.
Friday the thirteenth has long been associated with bad luck and worst case situations, but Maplewood thumbs its nose at these superstitions with Let Them Eat Art, a tongue-in-cheek tribute to Bastille Day. This is the thirteenth time the city has held the event, so 2018’s iteration is doubly auspicious. More than 50 artists will create original works that explore the triskaidekaphobic theme, with their creations then displayed at local businesses along Sutton Boulevard and Manchester Road (www.cityofmaplewood.com). The Saint Boogie Brass Band, Farshid Etniko and Hobo Cane with Javier Mendoza will perform live on stages and in parks, and roaming entertainers and activities for the kids round out the evening. Let Them Eat Art takes place from 6 to 11 p.m. Friday, July 13, and admission is free.

3. Brave the mosquitoes of Forest Park for a free movie.
The Art Hill Film Series has become incredibly popular in just a few short years, and it's easy to understand why. A summer night out on Art Hill in Forest Park (www.slam.org/filmseries) with a favorite movie and your favorite people and it doesn't cost anything to get in? That's a winner. The 2018 series takes its cue from the current exhibition, Sunken Cities: Egypt's Lost Worlds. Dubbed "epic quests," this year's films are all about the search for something and should be familiar to even the most casual movie watcher. The series starts with Raiders of the Lost Ark on Friday, July 13, and continues on successive Fridays in order with Hidden Figures (July 20), Dr. No (July 27) and The NeverEnding Story (August 3). Films start at 9 p.m., but at 6 p.m. food and drink are available from the museum's cafe and the Panorama tent on the lawn. 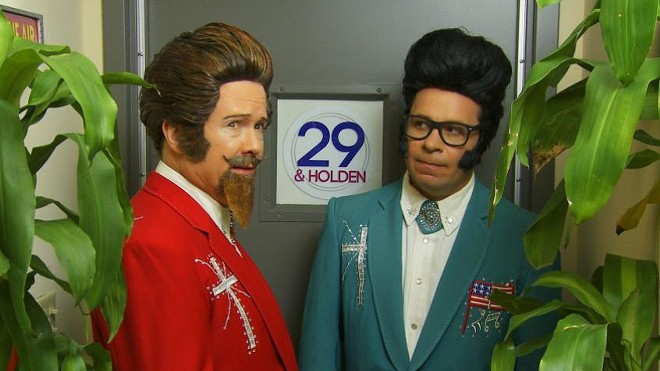 4. Movies for St. Louis, by St. Louis.
Musical duo Rusty and Clark Fairwood are a flashy act on the rise. With their smart suits (complete with bedazzled crosses and American flags) and massive coifs, they're entertainers in the Grand Ole Opry style. When they audition to be hosts on the talk show East Plains: Get Out, the Fairwood boys are faced with a dilemma. The TV station that broadcasts the show pretty much runs the town of East Plains, but the owners are immoral sinners. Will the Fairwood Brothers be stained by filthy lucre, or will they fight for justice?

The feature film exploring that question, East Plains: Get Out (directed by Renior Fairwood), screens at 9:15 p.m. Friday, July 13, the opening night of this year's St. Louis Filmmakers Showcase. In addition to twelve different programs of short subject films (including "Lingua Francas," a documentary about fine dining in Springfield, Missouri, which is featured in the RFT's Short Orders section this week), the festival also squeezes in eight feature films. Among them are the documentaries Gateway Sound and The Best of Us: 100 Seasons of Muny Magic. The former is an in-depth look at how a local recording studio has adapted to survive the transformation of the music industry. The Best of Us is an interview-intensive film about a more stable musical industry, the Muny.

And then there’s writer/director Catherine Dudley-Rose's film Parallel Chords, which began as a short subject featured in the 2015 edition of the showcase. Dudley-Rose has expanded the story into a full-length film about a young female violinist struggling to maintain her individuality under constant pressure from her father (a pianist) and the industry's expectations for young women with talent. The director is a successful violinist in her own right, which no doubt informs the story. The St. Louis Filmmakers Showcase continues Friday through Sunday for two weeks (July 13 to July 22). All screenings take place at Washington University's Brown Hall (Forsyth Boulevard and Chaplin Drive; www.cinemastlouis.org). Tickets are $10 to $13.

5. Get them tacos.
Bacon's days in the spotlight are over, and the new food of the moment is the humble taco — but how far would you go to hunt down a great one? The Amazing Taco Race is a scavenger hunt that rewards the clever with tacos. From 11 a.m. to 1 p.m. on Saturday, July 14, teams and individuals will attempt to solve a series of clues that lead them to the next delicious taco, each hidden in a business or restaurant along Cherokee Street. The event is a benefit for Casa de Salud, a local non-profit that facilitates mental health service for uninsured patients. Participants get their pick of three meat or vegetarian-friendly tacos, a dessert and the option of adult beverages. Register at www.facebook.com/friendsdecasadesalud for more information about the starting point and other rules. Tickets are $20 to $35. 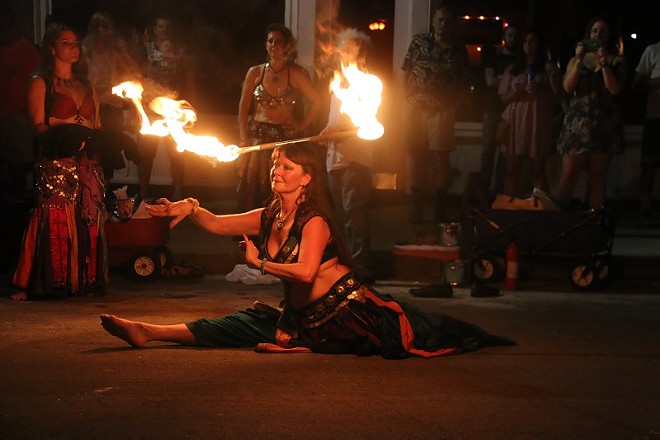 6. A silly play about serious demeanors.
Algernon Moncrief is a member of London society at the end of the nineteenth century, which means his job is mainly dressing well and maintaining an air of sophisticated boredom at all times. His friend Jack leads a similar life, only he does it from his country estate. Jack’s young female ward, Cecily, lives with him at the estate, and as an instructive measure he tells her stories of his "brother" Ernest's debauchery. But Ernest doesn't exist, and the exploits are actually Jack's, who in truth is as idle as Algernon. When Algernon learns of Jack's ploy, he sees an opportunity to get his foot in the door at the country estate. Oscar Wilde's 1895 play The Importance of Being Earnest is a comedy of manners and language at the expense of that rarest of breeds, the upper-crust ninny. Insight Theatre Company commences with the drollery at 8 p.m. Thursday through Saturday and 2 p.m. Sunday (July 12 to 22) at the Grandel Theatre (3610 Grandel Square; www.insighttheatrecompany.com). Tickets are $15 to $35.

7. Get lost (safely) in the desert.
If you've lived in the city for an extended period of time you've learned to ignore the noise pollution. The only way you can hear it again is if you go someplace without buses, car alarms and stereos – someplace like the Sonoran Desert on the border separating the U.S. from Mexico. This vast stretch of mostly-unoccupied land has a soundtrack created only by the natural world. Joshua Bonnetta and J.P. Sniadecki's documentary El Mar La Mar gives you an extended visit to the region. Using interviews with frequent visitors juxtaposed with shots of open terrain and the possessions left behind by migrants, the directors reveal an almost-alien world. Lava spews from the ground, empty water bottles stud the desert floor and a man tells you about the huge monster that he's witnessed in the area – and all around you is the empty, wild land. The Webster Film Series presents El Mar La Mar at 7:30 p.m. Friday through Sunday (July 13 to 15) at Webster University's Moore Auditorium (470 East Lockwood Avenue; www.webster.edu/film-series). Tickets are $5 to $7.

8. Celebrate an orphan and the sun at the Muny.
Annie, the musical story of a spunky, Depression-era orphan who awakens the paternal instinct of a millionaire industrialist just in time for Christmas, is a perennial favorite. It has two knock-out songs ("Hard Knock Life" and the relentlessly optimistic "Tomorrow"), a well-defined heroine and a charmingly retro setting. There's also a role for a dog, and that never hurts a show. The Muny in Forest Park (www.muny.org) continues its 100th season with the heartwarming Annie. Performances are at 8:15 p.m. Wednesday, July 18, through Wednesday, July 25. Tickets are $15 to $100.