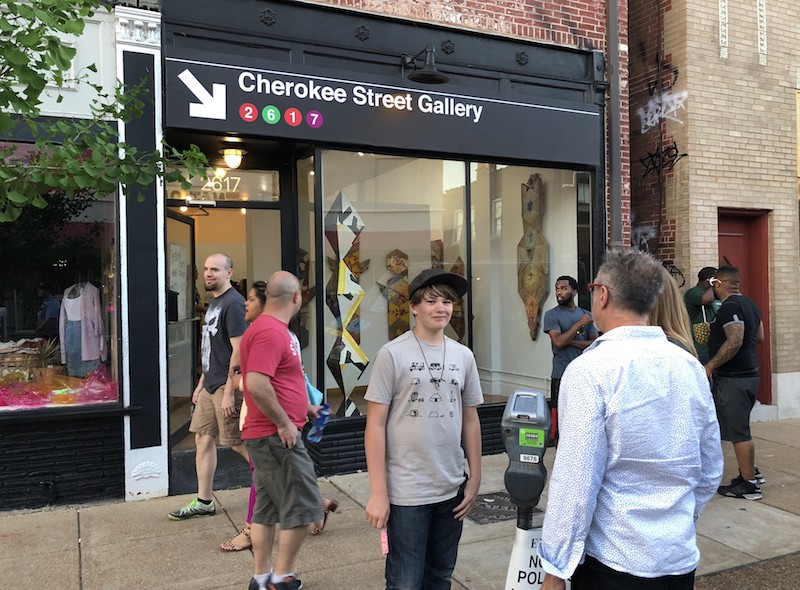 The gallery is run by artist Benjamin Lowder and gallerist Lisa Simani. Lowder says that his intention with the gallery is “celebrating the founding fathers of graffiti art" and to “explore the intersection of nature and iconography."

Lowder and Simani, both fans of Barthes and semiotics, utilize natural images throughout the gallery "to convey man’s relationship to nature through these agreed upon symbols," Lowder says.

“We want these things to stand alone as beautiful, visual objects, but there are layers and depth behind it, that inspire people to ask questions," he adds.

Developer Jason Deem owns the building, which was previously home to a vintage clothing shop. He'd bought Lowder's work to display at his nearby coworking space Nebula. The two remained in touch, and from that, the Cherokee Street Gallery was born. “The vibrance and emerging culture that is building on Cherokee Street is inspiring, and I wanted to be a part of it," Lowder says. 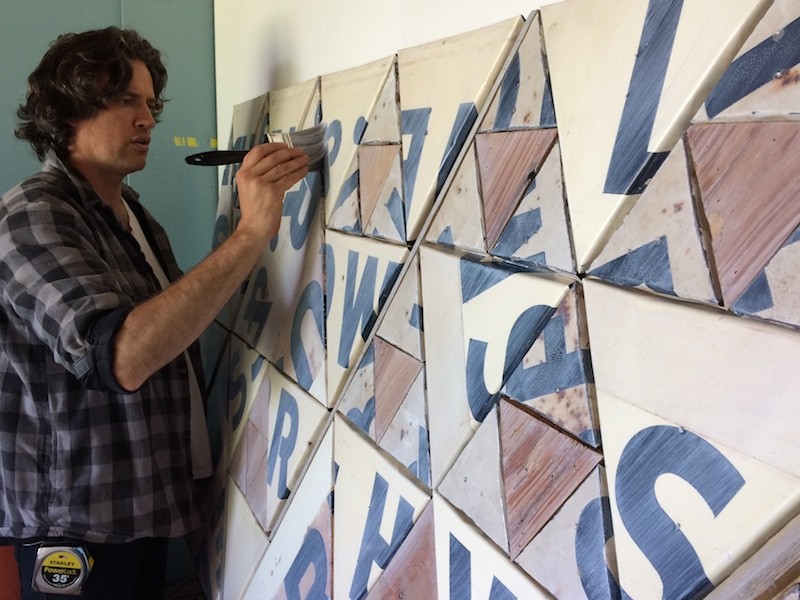 Much of the art Lowder and Oren intend to showcase is set within the ethos of the NYC graffiti movement of the 1970s. Even the sign on the front of the building, which evokes an old-school subway sign, is a relic from that time.

In the '80s, galleries began to showcase street art, a trend that's gathered significant momentum in the past few years. A piece by the American artist Jean-Michel Basquiat recently sold for $110 million.

Lowder comes from a small town in southern Illinois, and put in years of work to get to this position today. “I spent fifteen years as a commercial artist, creating advertisements,” Lowder says. “Coming from a rural environment in Illinois, I didn’t have any examples of people who made it into the art world." Eventually, he was ready to let go of working for clients and begin making art on his own.

After bouncing around from Los Angeles to New York City, with his work being showcased in both cities and many places in between, Lowder felt it was time to return to his roots in St. Louis. “It’s good to build here, not to run to the coasts for all of your opportunities," he says.

Self-sustainability is another idea found within the works here. Lowder, who built his own home out of reusable materials, also used the extra lumber in his artwork. Lowder’s own art is meticulously obsessive. “I’m a big believer in sacred geometry, which is the concept that everything from the subatomic to the galactic share a very limited set of geometric proportions,” Lowder says.

In addition to Lowder’s work, the gallery will feature art from Lauren Marx and Travis Lawrence, both St. Louis-based artists. Patti Astor, who curated shows featuring Keith Haring, Kenny Scharf and Basquiat himself at her New York City-based Fun Gallery, will serve as a curatorial advisor.

Going forward, the gallery plans to be open from 10 a.m. to 6 p.m. Thursday through Saturday.