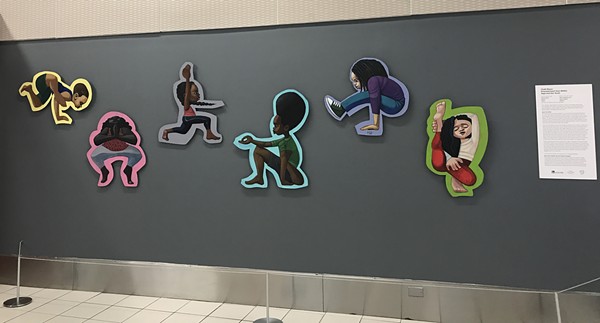 For many, the only time art and planes has merged was Snakes on a Plane. For the last several years, however, St. Louis Lambert International International Airport has maintained its own galleries. The program (www.artoftravelstl.com) debuted two new installations this month: Cbabi Bayoc’s Empowerment from Within: Yoga and Our Youth and Brandon Anschultz’s Time Won’t Give Me Time.

Both of these installations explore themes relevant to the community.  Empowerment from Within is about underprivileged youth discovering creative outlets, specifically yoga, while Anschultz's work focuses on the empowering images of the 1980s LBGT disco scene.

Both artists are local. 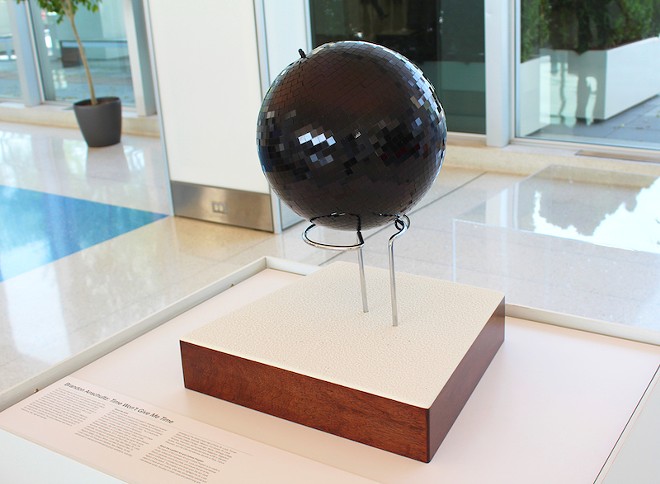 It's part of an expansion of the airport's art program, which began in 2010.  “Since then we have created five new exhibition spaces,” explains spokesman Jeff Lea.

While this program exists inside the airport, the budget comes from private sources. An October fundraiser, Art of Travel, is one source.

With the addition of the new installations by Bayoc and Anshultz, there are now 29 pieces showcased at the airport, including works by pop artist Thomas Bayrle and the vibrant murals of Megan Singleton.

Airport galleries are a growing phenomena, and by featuring local artists the ones at Lambert help the airport stand out from other Midwestern stops — in addition to that really big Chili’s by Concourse 1.

Empowerment from Within: Yoga and Our Youth is on display in Terminal 2 between gates E18 and E20, and Time Won’t Give Me Time is in the Terminal 1 ticketing lounge. Both remain up through November.