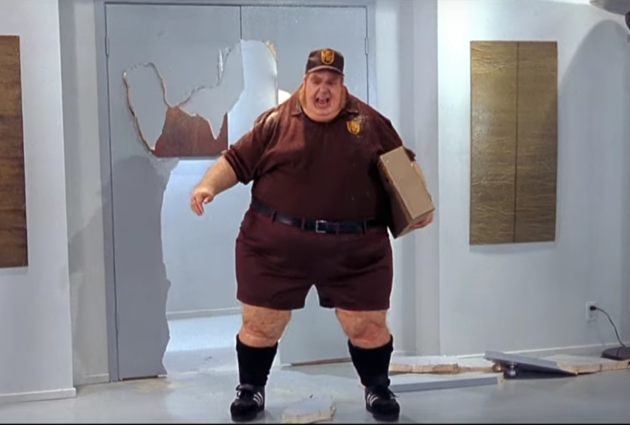 The men of Missouri, who are disproportionately fatter than men from other states in the U.S., are also the third-most body-confident group of people out of any state in the whole country, according to a new study.

Missouri's stalwart, carved-from-bricks-of-Provel men, who incidentally also have smaller penises than their counterparts in all but five states in the nation, easily outpace the women of the state, who are apparently much less inclined than their male counterparts to be convinced they got it going on to the point of delusion.

(Disclosure: Lest we be accused of body-shaming, it should be noted that the author of this article is, himself, an overly confident big fat Missouri man. And while we won't get into too much detail regarding the bathing suit area, let's just say no one's likely ever to write home about anything found therein. He can attest that he and his ilk deserve to be taken down a peg or three.)

The study comes from swimsuit manufacturer Bare Necessities, which surveyed a group of 2,800 people from across the U.S. about their level of overall body confidence. Respondents were asked to rate their level of confidence on a scale from 1 to 10, with 10 being the highest.

On average, Americans rated themselves at 6.1. American men are apparently, and somewhat predictably, much more comfortable in their skin than American women, rating themselves on average 6.4 to the ladies' 5.7. Citizens of Maine reported the highest amount of body confidence at 7.5; those from Michigan got the lowest at 5.1.

But Missouri men, in particular, seem to think they are hot shit, rating themselves at an average of 7.3 — the third highest in the country. Missouri women, on the other hand, rate themselves at a lower number than even the national average at a paltry 4.9, bringing the state average in line with the national at 6.1.

It's more than a little bizarre, especially when obesity rates are roughly the same for Missouri men and women, with women actually actually being statistically less obese, according to a 2012 study by Trust for America's Health and the Robert Wood Johnson Foundation. (And that's not even taking into account the whole small penis thing.)

On the bright side, we Missouri men may be fat and poorly endowed, but confidence is everything — right ladies?

Check out an interactive map showing where men and women of each state rate themselves below: