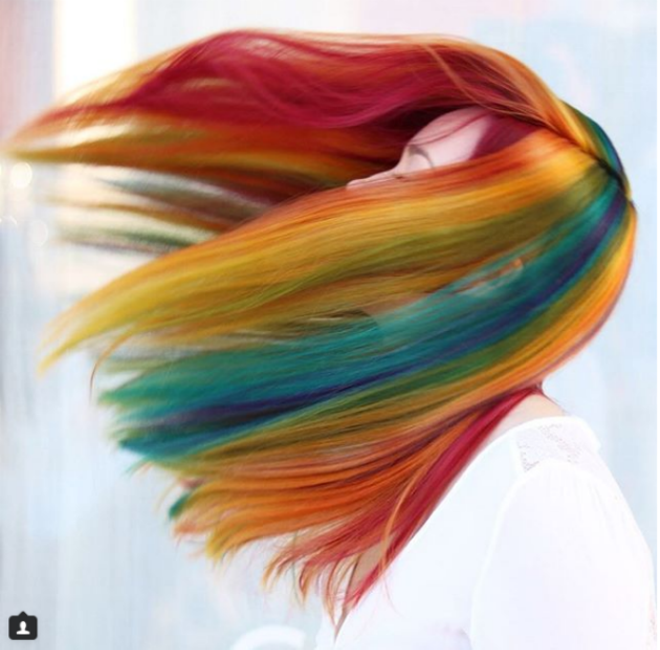 Kristina Cheeseman was a punk Wisconsin high school kid who loved expressing herself with funky hair colors. Now, she does it for a living right here in St. Louis at Notch (4187 Manchester Avenue, 314-764-5113).

"It's a way for clients to express themselves," Cheeseman says. "The more I've done it the more I've specialized in hair color."

At Notch, Cheeseman works not just as any hair stylist, but one that specializes in creating funky, vibrant colors and patterns for her clients. She is a finalist at Behind the Chair, a hair stylist award show, and was nominated for Best Vibrant Hair Color out of 236,000 entries. In other words, she's kind of a big deal.

And she's on the move. Cheeseman, along with fellow Notch color stylist Caitlin Ford, is moving soon to Chop Shop (4139 Manchester Avenue, 314-629-3733) on June 19. The Grove salon is a space for stylists to set up their own studio area, choosing the products and prices that they would like to use for their own clients.

Here, she will get to express her expertise in her own way. One of them? Gender-neutral prices. For example, a woman with a pixie cut will not have to pay the same price as a woman with long hair, just because it's a quote-unquote "women's haircut." She says that most of the stylists at Chop Shop will follow suit. (Cheeseman charges $40 to $60 for haircuts, and color prices range depending on what the client wants to do after a consultation.)

"Women can have short hair and men can have long hair," Cheeseman says. "It doesn't matter what sex you are, haircuts should matter based on how much hair you have."

Cheeseman's color project of choice is working with optical illusions — playing with dark and light colors to give the hair more vibrancy and depth. At the new place, Cheeseman says she and Ford will work to ensure that the environment is open to everybody.

"I really wanna focus on bringing the community together," Cheeseman says. "The hair community is always known for that cliche of people gossiping, but that simply isn't true. I'd rather make St. Louis a community there, and we have the opportunity to by making people feel really good about themselves."