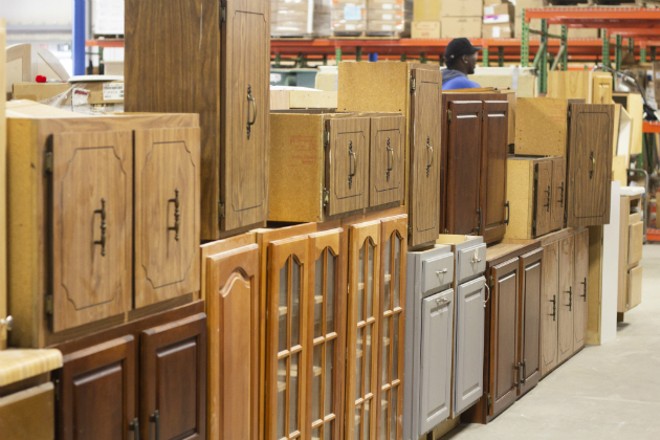 ReStore is not your average thrift shop. In addition to selling new and gently used furniture, the shops also serve as nonprofit human-improvement stores, with proceeds helping build communities around the world.

The Habitat for Humanity nonprofit has operated the ReStore brand in St. Louis since 1997, when it opened its first local shop on Forest Park Avenue. Next week, it plans to open a vast new new shop in Dutchtown. At 19,947 square feet, the shop is just one part of a sprawling, 51,518-square-foot complex that now includes Habitat for Humanity's St. Louis headquarters as well as a warehouse.

The store, located at 3830 South Grand Boulevard, opens for the first time on Tuesday, May 1 (the official ribbon-cutting will be one day later, on May 2). But the RFT got a sneak peek yesterday, with a tour from Josh Vaughn, the South Grand shop's general manager. He's been with the nonprofit since 2009 and says he's elated about the project.

"This is a win-win philosophy," Vaughn says. "I come from a corporate background where big fish eats little, and some people thrive on that, but I thrive where everybody wins." 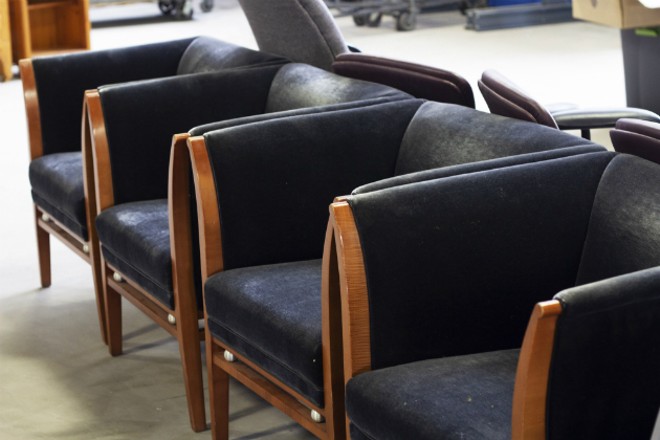 Light fixtures, doors, bathtubs, bookshelves and more will be available for the public to purchase, as well as construction and remodeling supplies. But that's not all. By consolidating operations under one roof, Habitat for Humanity hopes for fluid communication between departments, making the donation and building processes much easier.

There are more than 40 employees working at ReStore on South Grand, and even more at a satellite location in Des Peres. (The shop on Forest Park Avenue has since closed.) That number includes warehouse and office workers; dozens more volunteer to help the cause. 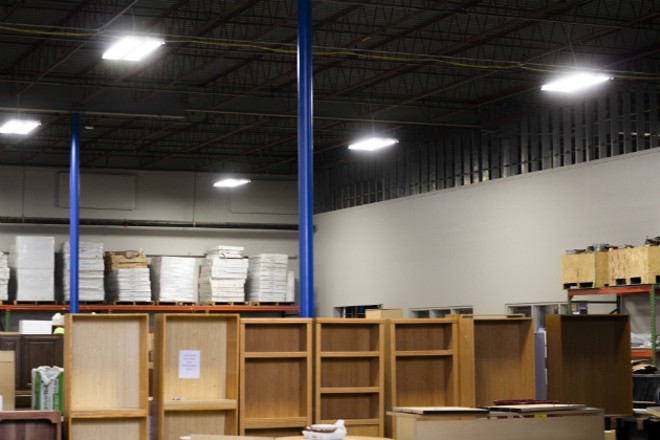 The funds raised locally build homes locally, which is a big reason why Vaughn is excited about the move to South Grand.

"Here we are closer to who we serve, so I think that's the biggest difference," Vaughn said.

As of next week, both ReStore locations will be open Tuesday through Sunday from 10 a.m. to 6 p.m.