It was nearly a decade ago, back in 2009, when Dale Wiley became a card-carrying member of the Penthouse Club’s pricey membership ranks, allowing him exclusive access to all corners of what was then the swankiest strip bar in Sauget, Ilinois. Intending to crash the scene for a possible story, though not knowing what that story might be, the attorney-slash-writer was initially unsure what might emerge from his visits.

But that confusion didn't last long — on the third visit he found his epiphany.

In the sequestered, members-only room, another patron entered, seemingly three sheets to the wind, placing his hand on Wiley’s shoulder and asking, “Do you believe you can fall in love with a stripper after just one day?”

Wiley  responded, “Falling in love with a stripper will make a bad situation so much worse,” a comment that their bartender said “ought to be printed in neon and placed right above the door.” And so it began. 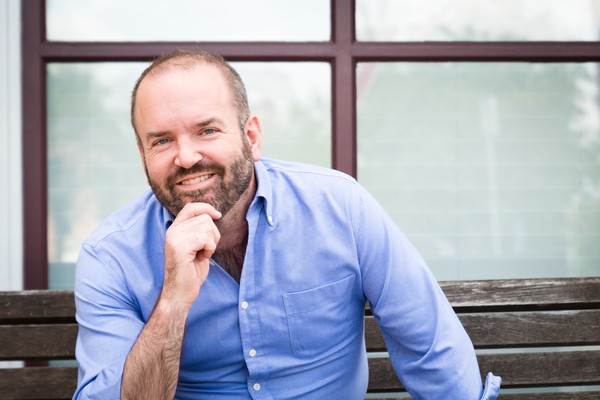 Dropping references to classic bits of literature and film, Wiley says that this moment, particular and exact as it was, put everything into motion for a developing project that’s recently gone live as a podcast. Simply called The East Side, Wiley’s decade-in-the-making story cycle is intended for more than a podcast — some text-based short stories have also arrived on the project’s webpage. But the idea won’t be fully complete, Wiley says, until it becomes a televised project, which he says will be assisted by veteran TV producers and directors Louis Milito and Phil Conserva.

The latter was the first to sign on, and he began to change Wiley’s view of possible storytelling platforms — Wiley had begun the project thinking it would be a novel.

"That’s where we’d come up with the season two storyline: a Rashomon-type of thing, with multiple stories told from different points of view," Wiley says. "There’s no place around where that is more germane that the east side, where no one’s version of the truth is close to correct. There’s a great story that I could tell there, with a lot of interesting twists and turns. And that story’s now being told as the podcast, while the writing for season one is way more visual, and would be much harder to do with just a podcast.”

On that podcast, two fictional dancers named Nikki (who writes under a pseudonym for a certain paper named the Riverfront Times), played by Gigi Hutchison, and Montana, played by El Armstrong, are frequently heard. There’re also narration drop-ins by Wiley himself and occasional bits of interstitial music. Set at the Pinnacle Club — a clear stand-in for the Penthouse that Wiley knew as a member from 2009 to 2011 — the story is set in what’s generally considered the highest end of its particular culture. Though Wiley semi-laughs when saying he learned his way around the seedier spots, as well. 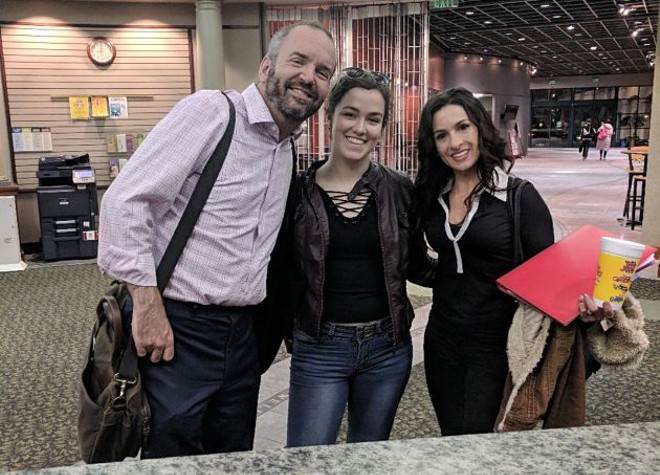 “It’s just inevitable that when you’re over there, before very long you’ll at least see the other sides, as well,” he suggests, always giving good quote. “For many of the women, it’s easy to go from the low-to-the-high, or the high-to-the-low. While I have way more knowledge of the higher-end places, it’s really not hard in Washington Park to go from one side of the street to the other and be on the far end of the spectrum.”

There’s definitely a bit of modern noir in the way Wiley sets up his project. On the homepage, for example, this bit of pulp-ready text:


The name itself is catchall for all the little towns just across the river from St. Louis, Sauget, Brooklyn, Washington Park, which, as places go, munch off a greasy diet of sin and fear, lined with a potent combination of dark bars stained with the grimy residue of what’s left of men’s souls, of strip clubs, massage parlors, casinos, pony palaces, sex shops and dance clubs. It’s 24-hour bars and X-ed out teenagers, all among tall, phallic mills and factories, coughing, sputtering, stinking places, choking out anything not drunk or high or horny enough to notice. It starts just across the Mississippi, a fingernail into Illinois, where towns are nothing more than land and square footage calculations for those big mills, pockets lined for everyone involved. The East Side goes further geographically, other cities needing their share of the grift, the girls and the stories.


While he says that his eventually-completed stories will be centered on individuals — and not just the dancers, but the servers, deejays, club directors and members of their adjunct communities — those little villages absolutely flavor the narrative.

“To me,” Wiley says, “all of this starts with a concept that’s long-lived over there, that essentially these towns are afterthoughts. They’re small communities without people. Like Sauget, which has like 200 residents, but a tax base considerably higher than that. People can make a nice living working in government positions on the east side, but the neighborhoods? You drive through parts of Washington Park and it’s like being in a live-action episode of Night of the Living Dead or The Wire, or whatever show you’d like to name. I really think there’s a story to tell on all levels.”

On all levels, though? Aren’t there some tales — even the tamer encounters in the relatively posh confines of the Penthouse’s suites — that don’t bear repeating, ever?

Wiley teases that some of those will come out. Maybe not today, but as the evolving project grows legs.

“There are definitely elements that we’re waiting for the right time to bring to light, so to speak,” he suggests. “Frankly, most of my time was spent with really good people, really interesting people. Clearly, one of the best courses of action is to run something by the bartenders and the people with the nice-paying jobs over there. It’s not low-pay to be a bartender or deejay, or whatever.

"And, to me, that’s one of the real inequalities of it all," he continues. "I remember having this moment, sitting there with somebody and thinking that in five years, you’re going to remember the other members — the deejays and the bartenders — but the girls are just interchangeable. They’re just a commodity. And so many are interesting and smart. Those figure out ways to dissociate themselves long enough to do their job; they do a surgical strike and then they’re out for the rest of their lives.”

Interestingly, then, Wiley’s kept the ghost for them, in a sense, wanting to tell their stories long after some of them have bounced out of The Life, while he’s himself hoping to strike gold along the way with a more-contemporary, midwestern version of, say, HBO’s The Deuce.

Summarizes the creator, “It’s black, it’s white, it’s rich, it’s poor, it’s government and it’s industrial. All these elements are in this. In 2018, it’s the perfect American story, the beauty and the waste, all of it existing in this one, singular place of a few square miles. That’s why it’s such an important story.”