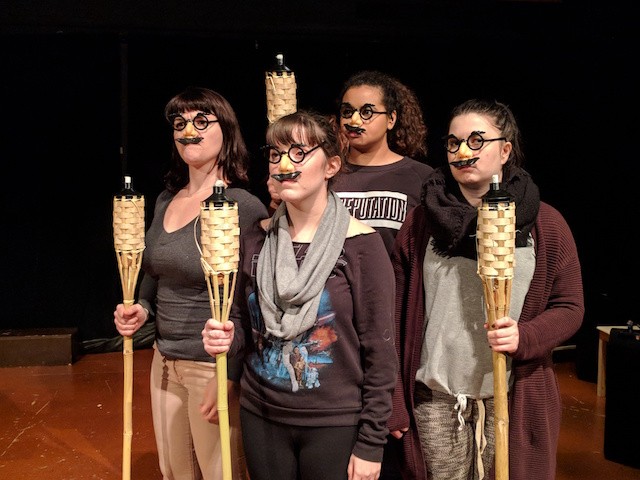 Shakespeare's Richard III is not a comedy. It's the tale of an egocentric, awful man who kills relatives, women, children and the marginalized to gain and then keep absolute power. As such, it seems an unusual choice for a crowd-pleasing, choose-your-own-adventure romp.

Nonetheless, the history play is the inspiration for Or What You Will, The Third, the new production from the Poor Monsters theater company. As director Katy Keating explains, it was the obvious choice for the company's entry in this year's Shake-38 festivities.

"We chose Richard III partly for the pun of the name; this is our third time doing a choose-your-own-adventure show," Keating offers. "And in this political climate, with a leader who doesn't always have his constituents’ best interests at heart, we felt this one was a great allegory.” She hints, “Our Richard will be very familiar, with recognizable tendencies and phrases.”

Poor Monsters occupies a unique place in the St. Louis theater scene. The company's mission is to attain gender parity in the ratio of both on-stage roles and off-stage technical jobs. Nationally, men in the theater outnumber women five to one; Poor Monsters pushes against that by solely using women writers, actors and crew. Donald, er, Richard would hate it. 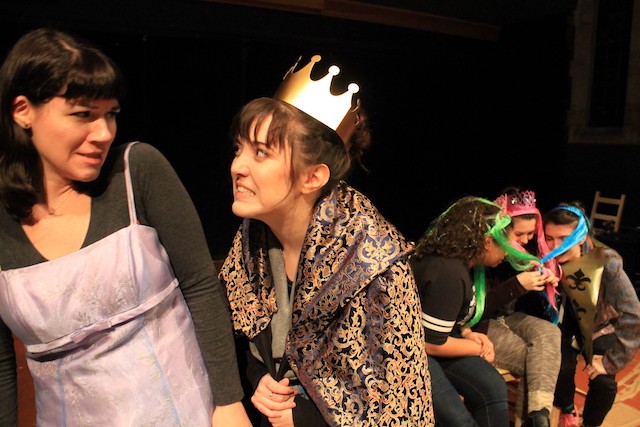 Despite the namesake character's familiar mannerisms, the play itself will not be a faithful recreation of the Lancaster-York fight for the throne of England. "It won't look anything like Richard III," Keating warns. "We asked several different playwrights around the country to write a short piece inspired by RIII. They ripped the play apart, inserted feminist characteristics and came out with something new."

Despite the group writing process, there are a number of recurring characters. "Richard, Lady Anne and Richard's two nephews all appear a lot," Keating says. "But new characters also show up. Joan of Arc, Cersei Lannister and Marie Antoinette all make appearances."

Or What You Will, The Third, comprises twelve discrete vignettes ranging from "The First One, or Who Is Richard?" co-authored by Alicen Moser and "internet trolls," to "An Actual Conversation We Had" written by four of the participants. All twelve scenes will be placed in a bracket in full view of the audience. The audience will vote for the one they want to see as the opening scene, and the cast will oblige. The audience vote determines both the running order and which of the twelve will be declared the winner. To heighten the comedy and raise the stakes, the final round of scenes will be performed in triple time.

As you might imagine, the production will be tough on greedy, venal men, but Keating is not worried about offending anyone, even in our current polarized climate.

"If someone were to come and be upset, I'd want to encourage them to understand what we're doing,” Keating says. “I’d want to talk to them about the roles I want to play but can't. If they think it is equal across the gender, I'd encourage them to open up their hearts to hear what we we're saying."