Mike Shannon Can Talk About Blow Jobs, But Not the Post-Dispatch 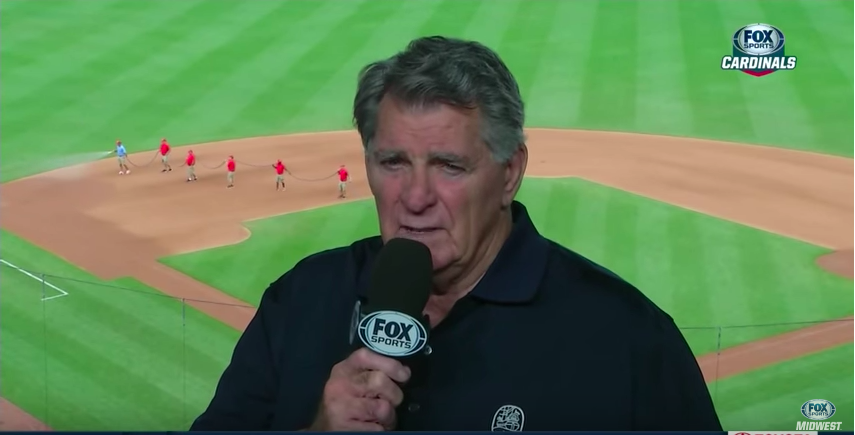 It's hard to be a daily newspaper in this age of vulgarity. The president himself can drop words like "pussy" without losing voters, but if you're covering the fallout for the St. Louis Post-Dispatch, you have to go with "[expletive]." Never mind that such bowdlerization is just as likely to send readers to Google — there are standards, and even as the rest of America coarsens, its newspapers are holding the line.

Which led to an awkward story yesterday when the paper attempted to cover what it termed an "another on-air oopsie" by Cardinals radio broadcaster Mike Shannon .... without actually explaining the "oops."

"In comments broadcast on the Cardinals Radio Network, Shannon said the Explore St. Louis website would tell visitors about 'one-of-a-kind attractions,' including 'local handmade works of art at the Third Degree Glass Factory (where) new glass blowing is demonstrated,'" the paper explained in a story attributed to "staff reports." "In the brief promotional segment, Shannon also used a euphemism for a sex act to describe 'glass blowing.'"

Unfortunately for Shannon (and the staffer behind the "staff report"), the 78-year-old broadcaster did not, in fact, use a euphemism for the sex act in question — "a mild or indirect word or expression substituted for one considered to be too harsh or blunt when referring to something unpleasant or embarrassing." That might be something like "polishing the knob" or "blowing the French horn."

According to audio captured by a listener, what Shannon actually said was this: "I'm going to tell you about a blow job, that's right. Artisans will appreciate the local hand-made works of art at the Third Degree Glass Factory ..."

Mike Shannon both entertaining and educational on the game today 😳 #STLCards pic.twitter.com/tOy21zD52f


As the paper later acknowledged in a correction, a "blow job" is not a euphemism for oral sex but its opposite — an "off-color term" for it.

The story was duly appended.

As the paper explained, the Cardinals consider the remark an "unintentional slip of the tongue."

“Our announcers read anywhere from 15-20 pieces of promotional copy on any given broadcast, and there are times when they may ad-lib to a certain extent," the team's senior vice president of sales and marketing told the P-D. “We apologize for any misunderstanding. It’s unfortunate if anyone was offended. It does not (represent) the values of the franchise. Explore St. Louis is an important partner of ours and the Third Degree Glass Factory is a great St. Louis attraction.”

Which is all well and good. Shannon has to talk a lot; it's understandable he'd stumble now and then (and stumble into coarse territory).

But we can't help but think the Post-Dispatch could have taken a pass on this "oopsie." If you can't say "blow job" in print, why cover an entertainer accidentally saying it on air? Either you get to uphold your family newspaper standards or you get the clicks. The two in tandem? You've basically made everyone think about Mike Shannon saying "blow job" (sigh) even while looking like complete dorks.

Incidentally, the paper did pick up on another potentially fraught story this weekend: the RFT's scoop about KDNL's Jamie Allman tweeting that he was "getting ready to ram a hot poker up David Hogg's ass tomorrow," referring to the seventeen-year-old Parkland shooting survivor turned activist. In his case, wisely, the paper decided to quote Allman's actual words — because, let's face it, while saying Allman deployed "a euphemism for sodomy involving a fireplace implement" would be accurate, it doesn't quite do the tweet justice.