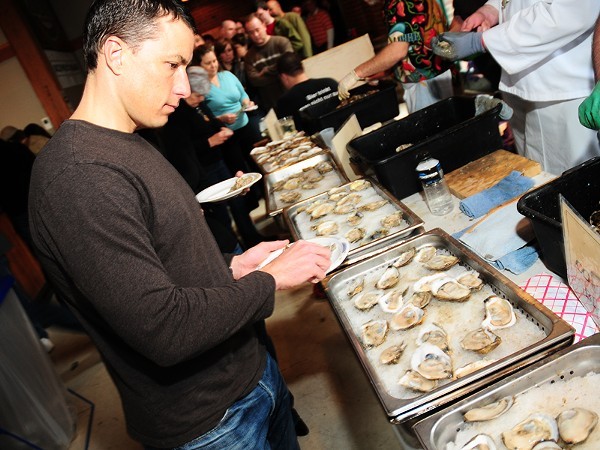 If you're reading this, congratulations, you survived another St. Louis winter. It's officially spring, and although it hasn't felt very spring-y yet, rest assured the city is waking up. There are festivals, coffee parties, a pair of very different trips down memory lane and even a lauded vocalist.

1. Relive the "glory days" of our other baseball team
The St. Louis Browns were once a great baseball team. In the 1920s the Browns were Mound City's favorite team, routinely out-drawing the Cardinals — so what happened? How did a baseball-crazy city fall out of love with its team, and did that alienation of affection lead to the Browns' slide down the standings, out the door to Baltimore and into baseball obscurity? St. Louis Browns — The Team Baseball Forgot is a documentary about the star-crossed "other team," narrated by Jon Hamm and based on a book produced by members of the St. Louis Browns Historical Society. The film screens at 7 p.m. tonight at the St. Louis Public Library's Central Branch (1301 Olive Street; www.slpl.org). Admission is free, and Reedy Press will be on site selling copies of the source book, St. Louis Browns — The Story of a Beloved Team. 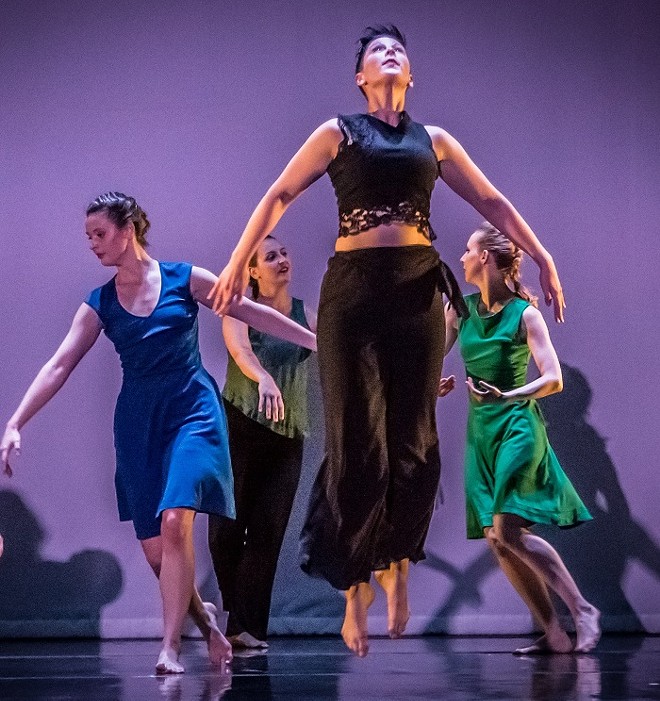 2. Enjoy a dance of days past
Memory is a slippery thing. What sticks in your brain about an event or a person is not always what you'd expect or want to remember. Choreographer Dawn Karlovsky explores the strange terrain of memory in her new longform dance Remembrance. The piece draws on personal accounts of the past and historic documents to show how the past affects the present. Remembrance is the centerpiece of Karlovsky & Company Dance's spring concert, and it's performed at 7:30 p.m. Friday and Saturday (March 23 and 24) at the Grandel Theatre (3610 Grandel Square; www.karlovskydance.org). Also on the bill is a dance by French choreographer Marie Christine Dal Farra inspired by Paul Cézanne's paintings of Mont Sainte-Victoire. Tickets are $15 to $20.

3. Get stout on oysters all weekend long
Oysters can really divide a crowd. If you're on the side that favors the glistening beauties, you owe it to yourself to be at Schlafly's 19th annual Stout and Oyster festival. This year's party is the largest in Schlafly's history, with more than 80,000 oysters and at least twenty shuckers from both coasts performing in "the Shuckerdome." The brewery has worked up some special limited-edition stouts exclusively for the fest, with fifteen total stouts on offer. Live music, stout tasting bars and oyster tasting bars round things out. The biggest-ever Stout and Oyster festival takes place from 5 p.m. Friday and 11 a.m. Saturday (March 23 and 24) at the Schlafly Tap Room (2100 Locust Street; www.schlafly.com). Admission is free, but you'll need funds to underwrite your beer and oyster intake.

4. Get down with some serious brown
Coffee, or the elixir of life, is the main motivator of many early risers. It's imperative to get a pot going as early as possible, so as to avoid the dreaded no-coffee headache. The good news is that nine Maplewood businesses will have the deep brown delight brewing early today for the first of two sessions of the Maplewood Coffee Crawl. Vom Fass, Mauhaus Cat Cafe and seven other participating businesses will have a different roaster's product going from 8 a.m. to 12:30 p.m. You'll learn how the beans get processed, sample coffee and see some demos, all for $11. There's a second session in the afternoon (from 12:30 to 5 p.m.) if you're a late riser. Both crawls are self-guided, and check-in is at Schlafly Bottleworks (7260 Southwest Avenue; www.cityofmaplewood.com/coffee).

5. Hear America's favorite mezzo-soprano
Love is one of the few remaining mysteries we have. Where does it come from? What makes two people suddenly notice each other in a crowded world and decide to spend their remaining days together? Robert Schumann was under the influence of love when he composed his song suite Frauenliebe und -Leben (A Woman's Love and Life), which is based on the cycle of poems of the same name by Adelbert von Chamisso. They're about the life cycle of a relationship from first sight to marriage to the death of a partner. It's a romantic and contemplative exploration of the mystery of it all, and at 7 p.m. tonight at the 560 Center (560 Trinity Avenue, University City; www.edison.wustl.edu), mezzo-soprano Susan Graham performs it with pianist Malcolm Martineau. Also on the program are songs with similar themes by Grieg, Mahler, Debussy and Tchaikovsky. Tickets are $15 to $40. 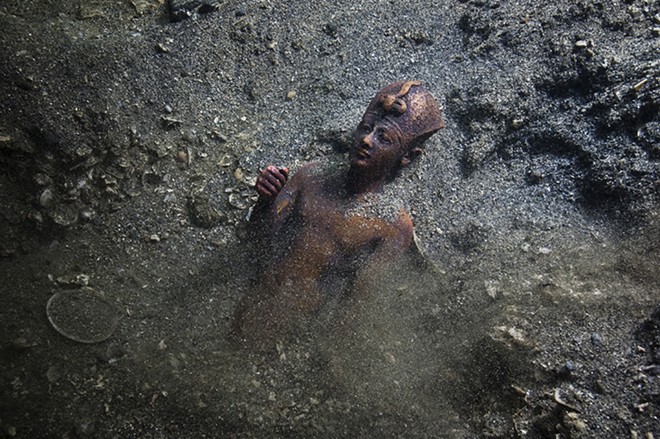 6. Discover the treasures of a lost city
The ancient city of Thonis-Heracleion was Egypt's main Mediterranean port from 664 to 332 BC, or roughly 100 years longer than the country of America has existed. It was a thriving, international metropolis — and then a string of natural disasters wiped it off the map. Archeologist Franck Goddio and his team of underwater archeologists rediscoverd Thonis-Heracleion 1,000 years later, four miles off the coast of present-day Egypt. It was more than 30 feet below the surface of the sea, its colossal statues of gods, pharaohs and ritual animals resting in the ruins of a world long gone. Three of these massive statues comprise the heart of the new exhibition Sunken Cities: Egypt's Lost Worlds, which will be on display at the Saint Louis Art Museum (1 Fine Arts Drive; www.slam.org) Tuesday through Sunday (March 25 to September 9). Alongside the trio of statues are more than 200 ceremonial and commercial artifacts (bronze vessels, coins, jewelry) found both on the sea floor and on loan from museums in Cairo and Alexandria. Admission to the exhibit is $8 to $20, and free on Friday.

7. It's boy vs. ocean
A boy rescues a goldfish trapped in a tidal pond, unaware that his act of kindness will bring danger and real friendship into his life. Hayao Miyazki's Ponyo tells the story of Sosuke, a lonely boy, and his new friend, a sea elemental who can take the shape of a goldfish or a girl (and sometimes a strange amalgam of the two). Unfortunately for Sosuke, Ponyo's father is the king of the sea, and he uses his power over water to threaten Sosuke, his mother and their seaside village — and all because Ponyo wants a friend her own age. Fathom Events celebrates the tenth anniversary of Ponyo by bringing the film back to theaters for a three-day run. It's screened locally at the Marcus Wehrenberg Ronnies 20 (5320 South Lindbergh Boulevard; www.fathomevents.com) at 12:55 p.m. Sunday, and 7 p.m. Monday and Wednesday (March 25, 26 and 28). Tickets are $12.50.