The Best Things to Do in St. Louis this Week, March 1 to 7

March arrives with rain clouds and a double handful of stuff to do, which is just the way we like it. More plays for the theater crowd, more art for the art lovers, and more Tom of Finland for the muscleman lovers — what a time to be alive. And hey, check out the Saint Louis Art Museum's spring flowers.

1. See an unusual play about the rise of evil
Bérenger is a shy and bibulous young man who works at his small French village's local newspaper. His friend Jean is a brilliant, overly proud man who doesn't appreciate Bérenger's lax lifestyle. Both are surprised when a rhinoceros barrels through the town square — shortly followed by another rhino. The men find this odd but become increasingly alarmed when the village is overrun by angry, shortsighted and violent rhinos. It soon seems clear that the brutes outnumber the humans — but what can done about it? Eugene Ionesco's classic drama Rhinoceros is infrequently performed these days, so don't miss the Saint Louis University Theatre's production. It's performed at 8 p.m. Thursday to Saturday and 2 p.m. Sunday (March 1 to 4) in Xavier Hall on SLU's campus (3733 West Pine Mall; www.slu.edu). Tickets are $5 to $8.

2. Blue is both color and feeling
As Blue Is to Distance, the new exhibition at Monaco (2701 Cherokee Street; www.monacomonaco.us), is a joint venture of individual expression by Rachael Starbuck and Meghan Grubb. In Grubb's case, the current exhibition was a chance to make a leap forward. "My work in the show is very new; it's about tension between body and space," she explains. "Spaces that disorient you or unhook you, make you reconsider your physical distance to something. I want it to unhook you from unthinkingly moving through day-to-day life." The drive to make you reacquaint yourself with your own body shows up in Grubb's installations, many of which are inspired by the motion and color of water. In the mobile-like Water Cuts, the gray, blue and white of the sea is suspended from a wall in asymmetrical shapes and oblongs, shocking in their unnatural stillness. A streak of silver separates the duller colors, imitating the play of light on moving water. It's wrongly static, a memory of a beach-side trip that never changes, the past made false by being present — but that's the intention. The show opens with a free reception from 7 to 10 p.m. Friday, March 2. On Saturday, March 3, both women will discuss the show with curator Stephanie Weissberg at 4 p.m.

3. Enjoy an old musical in a new way
Cole Porter's musical confection Anything Goes is a fizzy farce that fills a steamship with gangsters, televangelists and high society, and then points them out to sea. New Line Theatre artistic director Scott Miller views the show as something far more tart: In his eyes it's a satire of America's penchant for glorifying criminals and talentless pretty people, and the practice of religion as a commercial pursuit. With that in mind, New Line Theatre's new production of Anything Goes will use the 1962 version of the show (P.G. Wodehouse worked on that script) and will take aim at some very tender targets. Anything Goes is performed at 8 p.m. Thursday through Saturday (March 1 to 24) at the Marcelle Theatre (3310 Samuel Shepard Drive; www.newlinetheatre.com). Tickets are $15 to $25.

4. Get up close and personal with some ballet
St. Louis Ballet is known for its classical productions of grand ballet on the big stage at the Touhill. But this weekend the company expands its purview by presenting a program of contemporary ballet in an intimate venue. Its Go! series offers you the chance to see the world premiere of a new piece by Kevin Jenkins, the return of Emery LeCrone's And My Beloved and brand new works choreographed by company dancers Elliott Geolat and Milan Valko. The program starts at 8 p.m. Friday and Saturday at the Grandel Theatre (3610 Grandel Square; www.stlouisballet.org). Tickets are $22 to $28.

5. Flowers aren't just for Valentine's Day
The Saint Louis Art Museum (1 Fine Arts Drive; www.slam.org) once again welcomes the impending spring with Art in Bloom, its annual celebration of flowers and fine art. This Friday, Saturday and Sunday (March 2 to 4) is packed with seminars, lectures, happy hours and presentations by floral experts and enthusiasts from across the globe. Unfortunately the lecture "Martha's Flowers," which features Martha Stewart, is already sold out, as are many of the events. But don't wilt: The galleries of the museum will feature pairings of paintings with floral arrangements crafted by many of the city's finest botanical artisans, and general admission is still free.

6. And lo, a new dance company appears
Madco has been dancing for St. Louis audiences for more than 40 years. Its new project is Madco 2, a second company that will carry on that legacy in parallel with the main company. Madco 2 features five young dancers, and the group makes its debut this weekend with a very affordable pair of performances at 8 p.m. Friday and Saturday (March 2 and 3) at the Touhill Performing Arts Center on the University of Missouri-St. Louis campus (1 University Drive at Natural Bridge Road; www.touhill.org). Tickets are $10.

7. Is it too late for love?
Ralph's life has become mere routine. He's retired and lonely, despite sharing a home with his overprotective (some might say "domineering") sister, Rose. Once he dreamed of a career in opera, even auditioning for a major house, but that didn't pan out. To spice things up this morning, he decides to walk a different route and encounters Carol, a single woman close in age but far more attached to her independence. They begin an uneasy courtship built on Ralph's gentle advances and Carol's staunch reluctance to become attached to anyone this late in life – she and Ralph both know how that works out. And yet together, they find something new and exciting; maybe they'll make it work, if Ralph can wriggle out from under Rose's thumb. Joe DiPietro's The Last Romance is a late-in-life love story about putting the glow in the golden years. Insight Theatre Company opens its new season with the gentle comedy at 8 p.m. Thursday and Friday and 2 p.m. Sunday (March 2 to 18) at the Kranzberg Art Center (501 North Grand Boulevard; www.insighttheatrecompany.com). Tickets are $20 to $35. 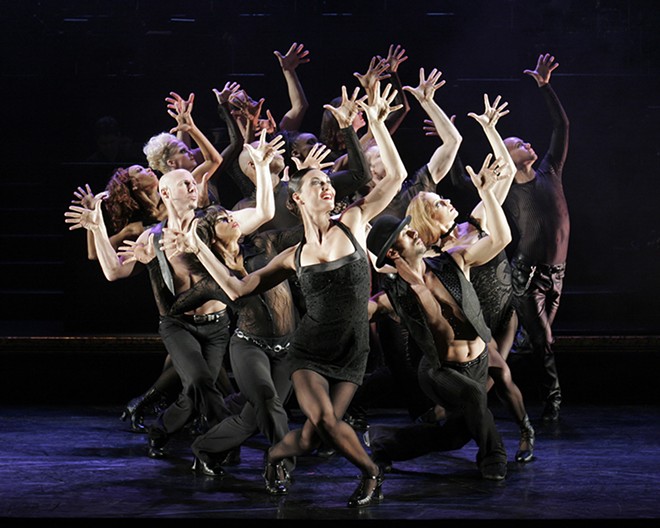 8. Get famous by killing
If you're a woman and you want to become a celebrity, you're gonna have to murder somebody — that was the line of thinking in Chicago in the 1930s, anyway. Showgirl Velma Kelly is already in jail for killing, and she's certain that she'll get away with it because the Windy City has never successfully prosecuted a murderess. Velma's competition is Roxie Hart, a young housewife with dreams of stardom and a dead boyfriend, which is the perfect combo. Both women want the great Billy Flynn to defend them, but Billy can only make one superstar at a time. Who's getting off and who's getting offed? Kander, Ebb and Fosse's musical Chicago returns to town for a quick run. Performances are at 7:30 p.m. Friday, 2 and 7:30 p.m. Saturday and 1 and 6:30 p.m. Sunday (March 2 to 4) at the Fox Theatre (527 North Grand Boulevard; www.fabulousfox.com). Tickets are $25 to $125. 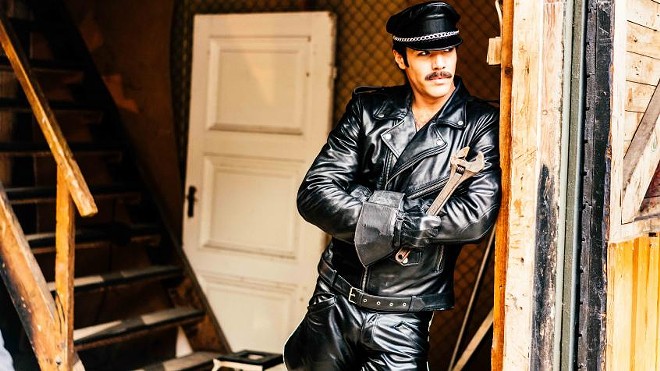 9. Relive the life of a counterculture artist
Touko Laaksonen is not well-known in America, but his Americanized name, Tom of Finland, is quite famous in certain circles. The Finnish artist turned his fantasies about rugged, masculine men posing in leather, uniforms and in their all-together into detailed, elegant illustrations. His art was his only link to gay life in the repression of his Finnish homeland, but as the uptight '50s gave way to the swinging '60s, Tom was able to sell his drawings first to muscle magazines and eventually to collectors of fine art. Dome Karukoski's feature film Tom of Finland tells the true story of a shy, gay man who escaped from a world of conformity into the world of art, gay sex and making fantasies reality. Karukoski's' biopic screens at 7 p.m. Wednesday, March 7, at the Landmark Tivoli Theatre (6350 Delmar Boulevard; www.cinemastlouis.org) as the early kick-off for this year's QFest. The LGBTQ film festival opens in early April, but the official schedule will be announced after the screening. Tickets are $13.