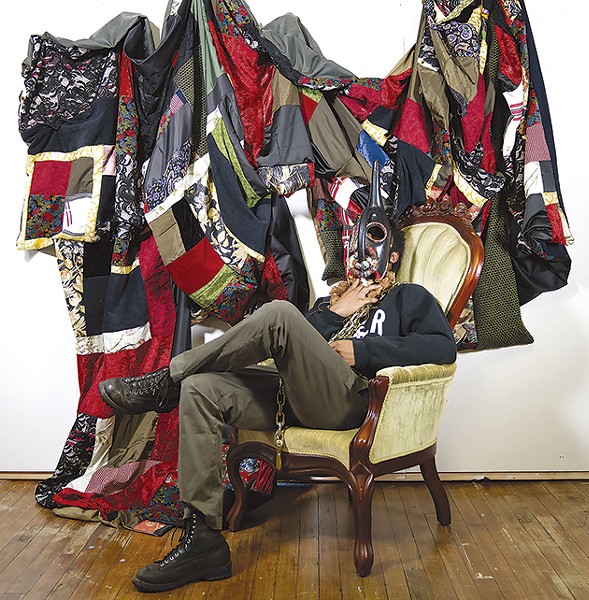 There's one week left in this Black History Month, and the intriguing events just keep coming. In addition to this week's two offerings in that genre, there are also old favorites, old enemies and a dark romance that proves love is gross. So very, very gross.

1. Revisit the short life and cruel death of activist Fred Hampton
Fred Hampton was a rising star among black activists in the late 1960s. He was handsome, charismatic and level-headed when tempers frayed, and he was intelligent enough to know how to put those gifts to work for his community. Despite his calm demeanor and gift for forging peace between Chicago's warring gangs, the police felt he was a threat. A squad of officers stormed Hampton's apartment late one night with guns blazing — claiming the residents opened fire on them as soon as they announced they were police. And yet later investigations determined that while the police fired 99 shots, only one bullet was fired by a building resident, and that was by an associate of Hampton's who'd been shot dead and reflexively squeezed the trigger. Jeffrey Haas was an attorney with the People's Law Office at the time. At the request of Hampton's fiancée, Haas and his partner spent years working to find proof that the police had killed a young black man in cold blood. Haas' book The Assassination of Fred Hampton: How the FBI and the Chicago Police Murdered a Black Panther recounts the decade-long struggle to unearth the truth from years of official cover-ups and evasions. He reads from and signs copies at 7 p.m. Thursday, February 22, at Left Bank Books (399 North Euclid Avenue; www.left-bank.com). Admission is free, and only books purchased from Left Bank will be signed.

2. Emerald City, here we come
Back when there were just three television channels, the Easter weekend broadcast of The Wizard of Oz was an annual event. It's not quite Easter yet, but who cares? In St. Louis, the Wizard returns for one full weekend of shows, live on stage. The whole gang is here — the Tin Man, the Scarecrow, good old Lion — trying to help Dorothy (and Toto) get back to Kansas and win a heart, some brains and courage in the process. Howard Arlen's great songs, the menace of the Wicked Witch of the West, the Munchkins — you know the story, and more than that, you love it. The Wizard of Oz is performed at 7:30 p.m. Friday, 2 and 7:30 p.m. Saturday and 1 and 6:30 p.m. Sunday (February 23 to 25) at the Fox Theatre (527 North Grand Boulevard; www.fabulousfox.com). Tickets are $35 to $105.

3. This is no ordinary love
Love is a strange force that can make people take desperate actions. In 1979, a young woman abducted the object of her affection and hid out with him for three days. It was a profoundly weird act, because he was dead when she met him and she stole his corpse out from under his own funeral. The outlandish true story of a mortician who really loved her work inspired the Coldharts (Nick Ryan and Katie Hartman) to create a punk-rock opera (with help from collaborator Mark Benzel) titled The Unrepentant Necrophile. It's a gothic musical that deals with sexuality and consent through an exceptionally warped lens. Local theatrical collective YoungLiars hosts the Coldharts for a two-night run of their grisly musical. Performances take place at 8 p.m. Friday and Saturday (February 23 and 24) at the Centene Center for Arts and Education (3547 Olive Street; www.thecoldharts.com). Tickets are $20.

4. Basil Kincaid opens his Gates
Quilting is viewed as an "old-fashioned" craft, which is a slightly more polite way of saying "unnecessary." But quilts represent compassion, comfort and a connection to the old way of doing things. St. Louis artist Basil Kincaid taps into this heritage with his new exhibition, Gates. This site-specific piece comprises folk art, assemblage and performance as a means of opening a channel to Kincaid's past and the collective past of everyone affected by the African diaspora. A gate is a passageway from here to there, from one side to the other. Basil Kincaid: Gates is a physical representation of the crossing over from past to present, from traditional methods to modern art. Gates opens with a free reception from 5 to 7 p.m. Saturday, February 24, at Gallery 210 on the University of Missouri-St. Louis campus (1 University Drive at Natural Bridge Road; www.umsl.edu/~gallery). The gallery is open Tuesday through Saturday. 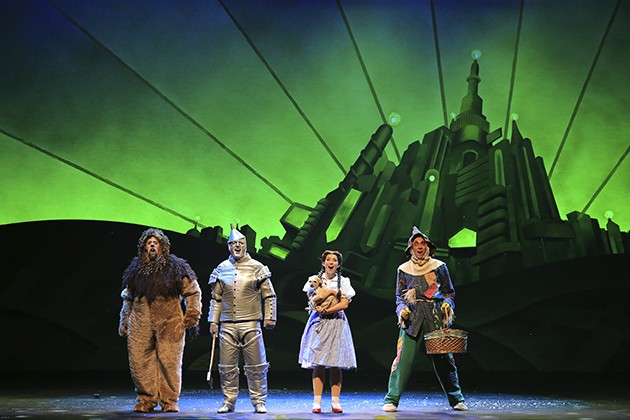 5. Get something nice for your walls
The long-running arts benefit Wall Ball returns for another year of fresh art, live music and food from 7 to 11 p.m. Saturday, February 24, at Third Degree Glass Factory (5200 Delmar Boulevard; www.artscopestl.org). It's a simple process: People roam the building and watch local artists create a brand-new, one-of-a-kind piece of art right before their eyes. If you like it, put in a bid; if you're not sure whether you like it, keep moving and check back on it later. Proceeds from Wall Ball benefit Artscope, the nonprofit arts organization in Tower Grove Park. Participating artists include Jeff Sass, Dr. Amber Johnson and Sukanya Mani, while 18andcounting provides the music. The St. LouisianaQ and Russo's Truckatoria food trucks will be feeding the masses. Tickets are $40 to $70.

6. Return to a world of magic
Jim Henson took his Muppets into an epic battle between the forces of good and evil, and all it got him was a cult classic. His 1982 fantasy film The Dark Crystal features beautiful world-building, amazing sets and a likably dorky hero in main character Jen, a Gelfling who believes he's the last of his kind. His master the Old One sends him out into the world to find the missing piece of the Dark Crystal, which could heal the schism between the evil Skeksis and the good Mystics and perhaps save the world. Jen encounters strange creatures, a female Gelfling and more adventure than he thinks he can stand. Fathom Events gets this beloved film back in theaters for a limited run. You can see it locally at 2 and 7 p.m. Sunday and Wednesday (February 25 and 28) at Marcus Theatres' Ronnie's Cinema + IMAX (5320 Lindbergh Boulevard; www.fathomevents.com). Tickets are $12.50.

7. Witness an infrequent meeting between old foes
In the old days of the NHL, the St. Louis Blues and the Detroit Red Wings beat up on each other a half-dozen times a year, but no longer. The Red Wings were shunted into the Eastern Conference and now visit St. Louis infrequently. There were years when these teams skated down each other's throats, trying to settle old slights and prolong grudges — there's nothing like honest hatred on the ice. Now the two teams are strangers with only professional dislike separating them. Ah, well. We still have the Blackhawks to loathe, those scum. The mediocre Red Wings take on the valiant Blues at 7 p.m. Wednesday, February 28, at Scottrade Center (1301 Clark Avenue; www.stlblues.com). Tickets are $41 to $185.