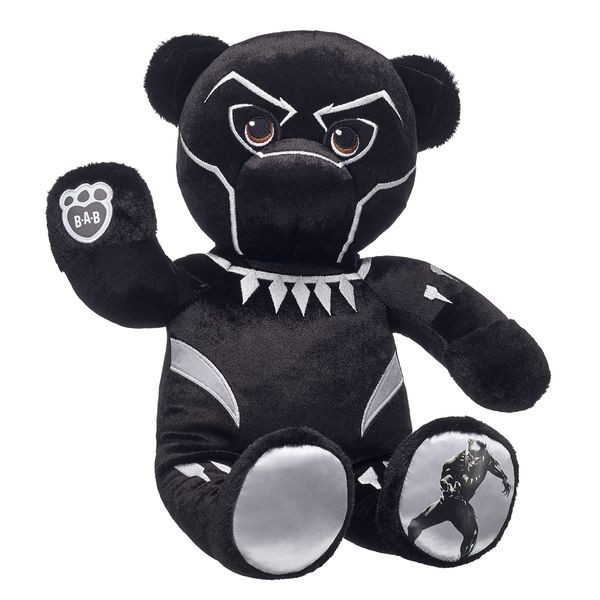 There's a new king, and his name is T'Challa, the Black Panther. The Marvel Comics superhero conquered Hollywood, America and hearts this weekend with a huge opening and audience raves. Even critics liked it, not that that matters.

Now, the King of Wakanda can also conquer nap-time — but only if you act quickly. Build-A-Bear Workshop has created these snazzy Black Panther-themed bears, which are perfect for cuddling, but they're selling out everywhere. An online search shows a host of local outlets have sold out, from the St. Louis Galleria to St. Clair Square. And while West County Center shows them in stock, an employee tells us that's no longer true: They sold out before the store opened today.

In fact, only the shop inside the Saint Louis Science Center (5050 Oakland Avenue, 314-534-3612) still has them on the shelves. An employee confirmed that they have "quite a few" remaining this afternoon.

If that's not convenient, employees tell us you can order T'Challa online. After that, you can bring him into any retail location to customize or just show off.

It's worth noting that this bear's costume is not removable, and there isn't currently a Black Panther costume available to purchase separately, unlike Thor, Hulk, Black Widow, Star Lord, Captain America and Gamorra. This tiny version of T'Challa is unique, right down to the actual Black Panther graphic printed on its paw.