The Budweiser Clydesdales Aren't In This Year's Super Bowl Commercial. Here's Why. 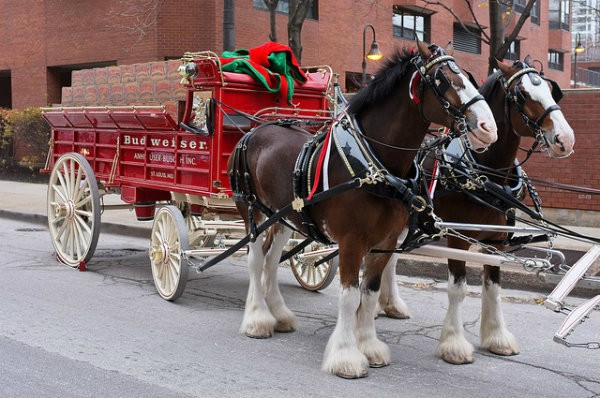 Budweiser has a reputation for pulling at heart strings across the nation with its annual Super Bowl commercial — and since 2001, the company's iconic Clydesdales have always made an appearance. But that's about to change for Super Bowl LII: In Budweiser's 2018 Super Bowl commercial, the majestic workhorses are nowhere in sight.

Yes, you read that correctly — Anheuser-Busch InBev's 2018 commercial debuted online this past week, sans Clydesdales. Instead, it features the company's canned water program, which AdAge explains is activated during natural disasters.

Despite the Clydesdales' absence, the commercial still makes an effort to give you all the feels. Titled "Stand By You," it shows the company halting regular production and switching to canning water in the wake of 2017's natural disasters in Florida, Texas, Puerto Rico and California.

And hardcore Clydesdale fans should take comfort: Although the horses aren't in the commercial slated for the Big Game, AdAge reports that they will be featured online. That one is scheduled for release this week.

"We have a lot of fans that are asking for the Clydesdales in social media every time we are in the Super Bowl," Budweiser VP Ricardo Marques told AdAge. "They are part of our Super Bowl plans, they will simply not be featured on [Super Bowl] Sunday."

See this year's Budweiser commercial below.