Renew Your Vows at the Bevo Mill with an Elvis Impersonator 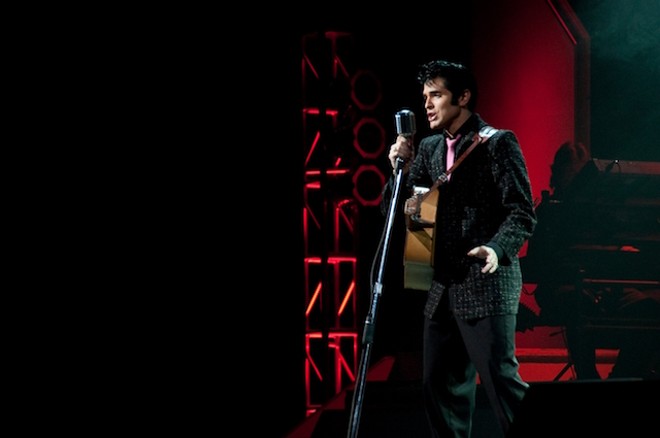 File this Valentine's Day idea under "delightfully goofy": Das Bevo (4749 Gravois Avenue, 314-832-2251) is bringing in an Elvis impersonator on February 14 to help dinner guests renew their wedding vows. So basically you can get married by the King in the windmill paid for by the King of Beers. Or something?

The eight-month-old German restaurant/beer garden is located inside August Busch's former pit stop, the windmill that gives the Bevo Mill neighborhood its name. Its new owners have a sense of humor about the fact that they're running an eatery inside a big old windmill; for prove, just listen to the oompah music on the website.

So, yeah, it totally makes sense to bring in Elvis. He'll be in the grand bierhall to serve as master of ceremonies beginning at 7:30 p.m., followed by an hour of entertainment. Make your reservation now to get in on the fun.

And if you really want to do it up, why stop there? The Das Bevo complex is also offering "elopement packages" in the top of the windmill, which means you can stay overnight in the former private residence of August Busch Sr., which we're promised is every bit as amazing as it sounds. It's not cheap — packages start at $900 — but if you're a hunk of burning love, you'd be a fool not to rush in.